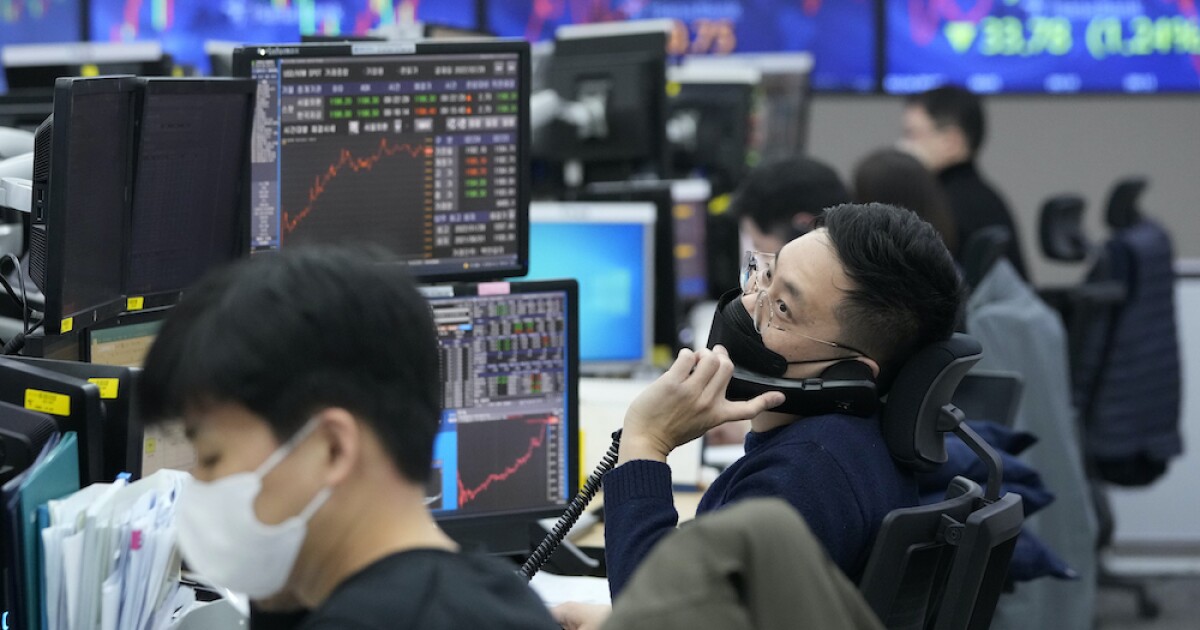 BEIJING – World stock markets have fallen and oil prices have risen by more than $ 8 a barrel since President Vladimir Putin launched military action in Ukraine.

According to CNN, the main index of the Russian market on Thursday fell 45% before recovering some losses. In Europe’s largest markets, losses ranged from 3% to 5%.

The Russian ruble also depreciated by 7.5% against the US dollar.

CNBC reports that Dow futures fell 810 points or 2.4% ahead of market opening on Thursday.

How the Russian invasion of Ukraine could affect your wallet

Brent crude jumped to $ 100 a barrel due to concerns about a possible disruption in supplies from Russia. Russia and Ukraine are the main exporters of crude oil.

Rising prices for oil and other commodities are of additional concern to investors, who are already worried about the possible impact of the Federal Reserve’s plans to raise key interest rates in a bid to cool inflation.