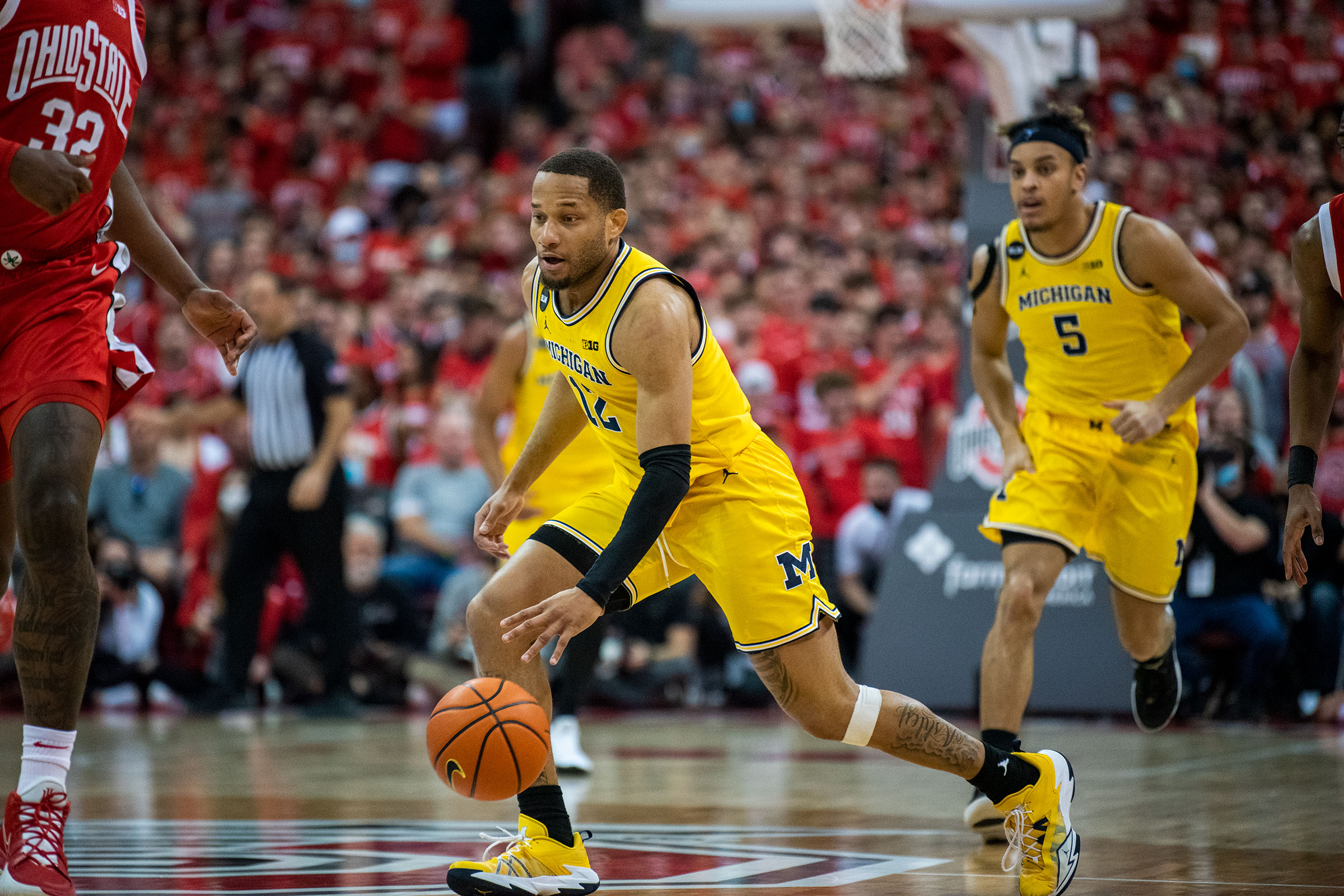 COLUMBUS – Sometimes not the way you start.

Michigan’s men’s basketball team has entered the locker room during a seven-half break, a lifeless offensive game making its chances of winning the game – and making the NCAA tournament – look bleak.

But in the second half, “Raamahi” jumped. The offense found its basis, and combined with stellar defensive efforts, they achieved the kind of performance they needed to stun the Buckeyes at home.

Martelli had reason to be surprised, especially given the blow that was inflicted by Wolverine before the game. Just hours before the tip they learned that sophomore Hunter Dickinson’s center had been shut down due to a stomach ailment. Without Dickinson, Michigan knew it would be nearly impossible to make an offensive production of his main player.

Instead, he turned to his defense to slow down the Buckeyes.

“I believe that if we play as a team, no matter who is absent, we will definitely challenge any team we play for,” said freshman forward Musa Diabate. “We obviously need him, but we did what we needed to do, and it worked.”

For most of the first half, this game plan worked. Wolverines tore down Ohio, making six interceptions and eight offensive rebounds to secure additional property for insufficient crime. But Michigan was unable to earn on that extra possession as it scored a paltry 13 on 37 in the first half.

The defense fought with teeth and nails to keep the game within reach, but at the end of the first half cracks began to appear. The “parties” finished the last three minutes with a series of 8-2, as a result of which “Raamahi” had a deficit of 37-30 at the break.

The glass crime had to break out of an even bigger hole.

“I was worried,” Martelli said. “Because there was too much interaction with the judges. As if we could get off the court and whine about zero fouls and the like. “

But when he came out in the second half, no one panicked. And the arrows finally began to fall.

Michigan has reinforced its internal presence as well as playing aggressively in attack to equalize 39 on coming out of the break. Soon, DeVante ‘s Jones’ triple strikes helped Michigan break through, proving that Wolverines would not leave peacefully.

Instead, silence hung throughout the shocked Value City Arena. Michigan continued to put pressure on Ohio, raining the top three to come forward 58-49 in the under-eight timeout. The victory, which seemed unattainable in the buzz of the half, suddenly turned out to be very close.

“I think the most important thing in the locker room is energy,” said second-year forward Terence Williams II. “… I feel it was the biggest part – and that we stayed together throughout Ohio’s performance at the end of the first half.”

However, the parties continued to fight – and the leadership immediately declined. They reduced the double-digit margin to six, and when the clock went less than the remaining four minutes, Raamahi’s chances of completing the return fluctuated.

But the resilience that Michigan displayed during the second half continued to shine through.

Diabat’s sharp block with two and a half minutes of play supported Wolverine’s advantage with two possessions. Three couplings from freshman bodyguard Kobe Buffin a few moments later served as a dagger.

“(Buffin) got up the way the ball went,” Martelli said. “And not just Kobe, but too many times this year we’ve had guys who have raised and hope it will come in. If you hope the ball hits, don’t shoot. “

Despite missing his best player, despite an ugly first half, even though a defeat would worsen his chances of the tournament, Michigan found a way to win.

Once in this turbulent season, when Wolverine had to do it, they finished.