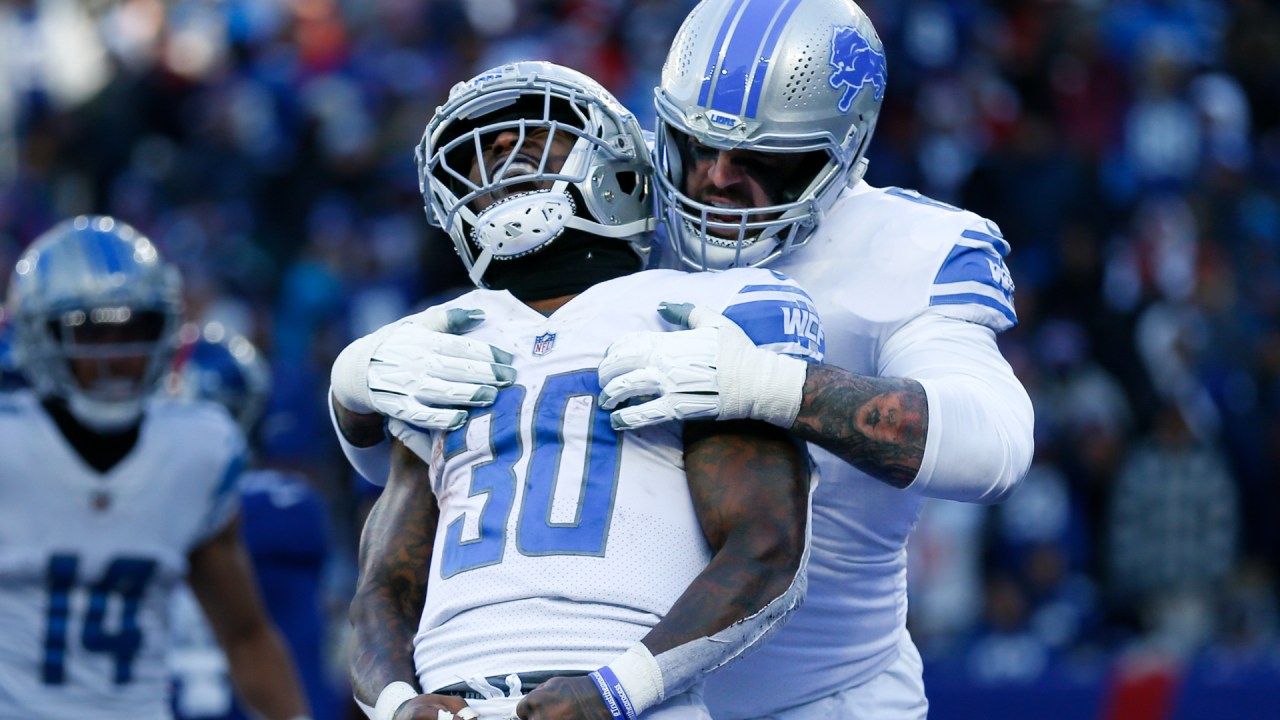 Quarterback Aidan Hutchinson, the second overall draft pick in April, intercepted a pass and recovered a fumble to score 14 points. Jared Goff and the Lions offense were held without a turnover for the second straight game.

Michael Badgley added a 24-yard field goal for Detroit (4-6), which until last week had not won on the road under second-year coach Dan Campbell.

The error-prone Giants (7-3) got 3-yard touchdown runs from Daniel Jones and Matt Brady. Jones also threw a meaningless late TD to Richie James, but was also intercepted twice, his first pick since Week 3.

Jones’ touchdown gave the Giants a 6-3 lead late in the first quarter, and New York still led with just over six minutes left in the half when Hutchinson swung the momentum.

Jones (27 of 44 for 341) dropped back to pass on second-and-6 at his own 31. He didn’t see Hutchinson return in coverage, and the big man threw his second interception of the season at the 37 and returned it 19 yards to the 19. Williams scored three plays later and the Lions led 10-6 and never trailed again.