What to watch: Michigan vs. Maryland football 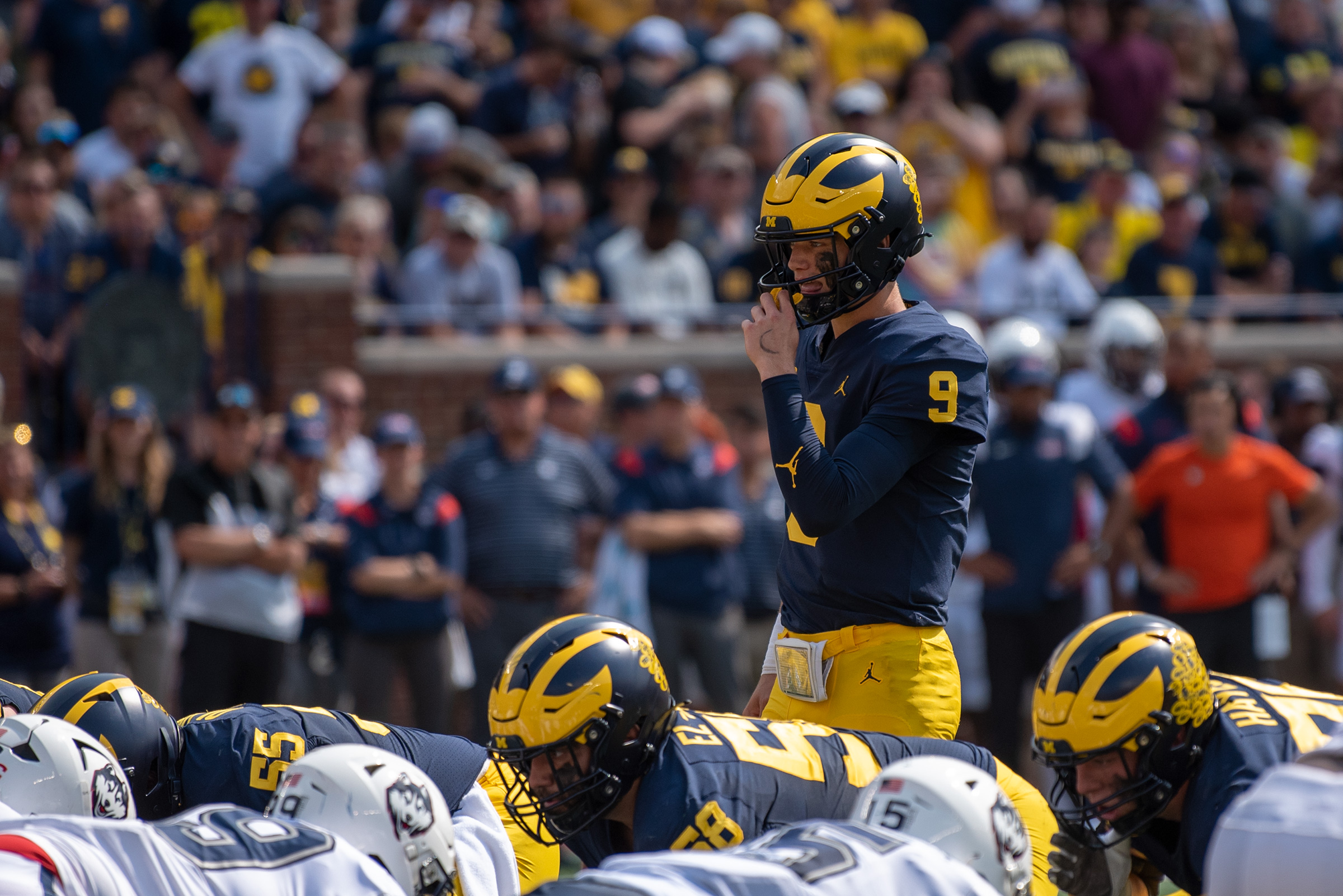 If you give the No. 4 Michigan football team a dollar for every time they’re asked about their weak non-conference schedule, let’s just say they might need to hire an accountant.

The Wolverines face a constant barrage of questions about how they can rate anything when every opponent they’ve faced has consistently listed among the worst teams in the FBS. But alas, after three easy wins, the critics can put the pitchforks to rest as Michigan finally faces a “real” team this week.

Maryland may not be a juggernaut, but it is an undefeated Power Five team with a veteran quarterback and one of the most potent offenses in the FBS. The Wolverines get their first real measure of how their team — which has been dominant on both ends thus far — stacks up against more talented competition.

Here are three things to look out for in Michigan’s Big Ten opener.

The Terrapins have relied heavily on their offense this year, and so far, have seen a lot of success. Their pass heavy, aerial raid scheme has yielded a staggering 40.3 points per game. Junior quarterback Taulia Tagavailoa has thrown for 895 yards and six touchdowns and is by far the best pass rusher Michigan has faced.

The Wolverines felt all offseason that they could overcome the lack of defensive talent that left for the NFL, and they backed it up with their play. They gave up just 17 points in the first three games and were never really threatened until the backups showed up. But honestly, the attacks they faced would hardly kill anyone.

So the million dollar question is: Can the defense repeat its non-conference performance?

If the defense can stifle the Terrapins offense, the Wolverines will win this one with ease. If Maryland can maintain the level of offensive success they’ve had, it will open the door for an upset — and open a Pandora’s box for Michigan’s defense moving forward.

Still have “meat on the bone”?

It’s hard to find fault with the Wolverines offense, with stellar performances across the board. Sophomore quarterback JJ McCarthy was sharp with just four interceptions, graduate receiver Ronnie Bell returned to form with 14 catches already, and junior running back Blake Corum became just the third player in program history to throw for five touchdowns in a game last week against UConn.

It’s hard to ask for more from an offense that is literally the number one scoring offense in the nation at 55.3 points per game. Unless, of course, you ask Michigan.

“There’s a lot of meat on the bone,” Bell said Monday. “I feel like through those first three games, we haven’t necessarily finished our game. So there is a lot more to do, a lot more to show.”

Like the defense, an uptick in competition is a chance for the offense to give itself a fairer evaluation. It’s true, Maryland isn’t the fiercest on defense. He had 27 points for SMU last week and was crushed by the Wolverines last season, giving up 59 points and 502 yards of offense. But the Terrapins still have a defense full of Power Five-caliber players that none of Michigan’s previous opponents could claim.

Several offensive linemen also noted the size of Maryland’s defensive front. The o-line has been a little more fluid than expected, so whether it can hold up against the best athletes they’ve gone up against will be crucial to the Wolverines’ run.

The offense was great, but it comes with a major caveat. Whether they can continue to fire from all angles against the Terrapins and live up to the greater potential that many players believe they can achieve could bode well for how they fare against the Big Ten’s elite.

The Wolverines cruised to the win with a game that was decided midway through the first quarter. The only question they faced was how many different players they could get in the game.

“I feel like we look good, but we haven’t faced adversity,” Corum said after the UConn game. “I really don’t know how well we’re going to do. I feel it. I have a feeling we’re going to be great, but I can’t tell you.’

Corum may have reason to feel some uncertainty. Last season, after brilliant non-conference play, Michigan opened Big Ten action at home against upstart Rutgers with a 3-0 record. The Wolverines won, but didn’t look very good in the process, getting shut out in the second half to win 20-13.

But valuable lessons were learned from this fight. Michigan proved it could win when the offense didn’t dominate, forcing a turnover in the final minutes to prevent a late comeback. Also, winning a close game early on proved vital as the Wolverines picked up key one-possession wins against Nebraska and Penn State later to keep their magical season alive.

It’s entirely possible that things will go smoothly for Michigan on Saturday, just like they did in the first three games. But it’s more likely that Maryland will — at the very least — keep the Wolverines on their toes. Either Michigan faces a deficit for the first time all season, or the offense flies out of the gate.

Some trouble is materializing.

How they react to that will tell how magical this season can be.