What to expect from the Bank of England rate decision 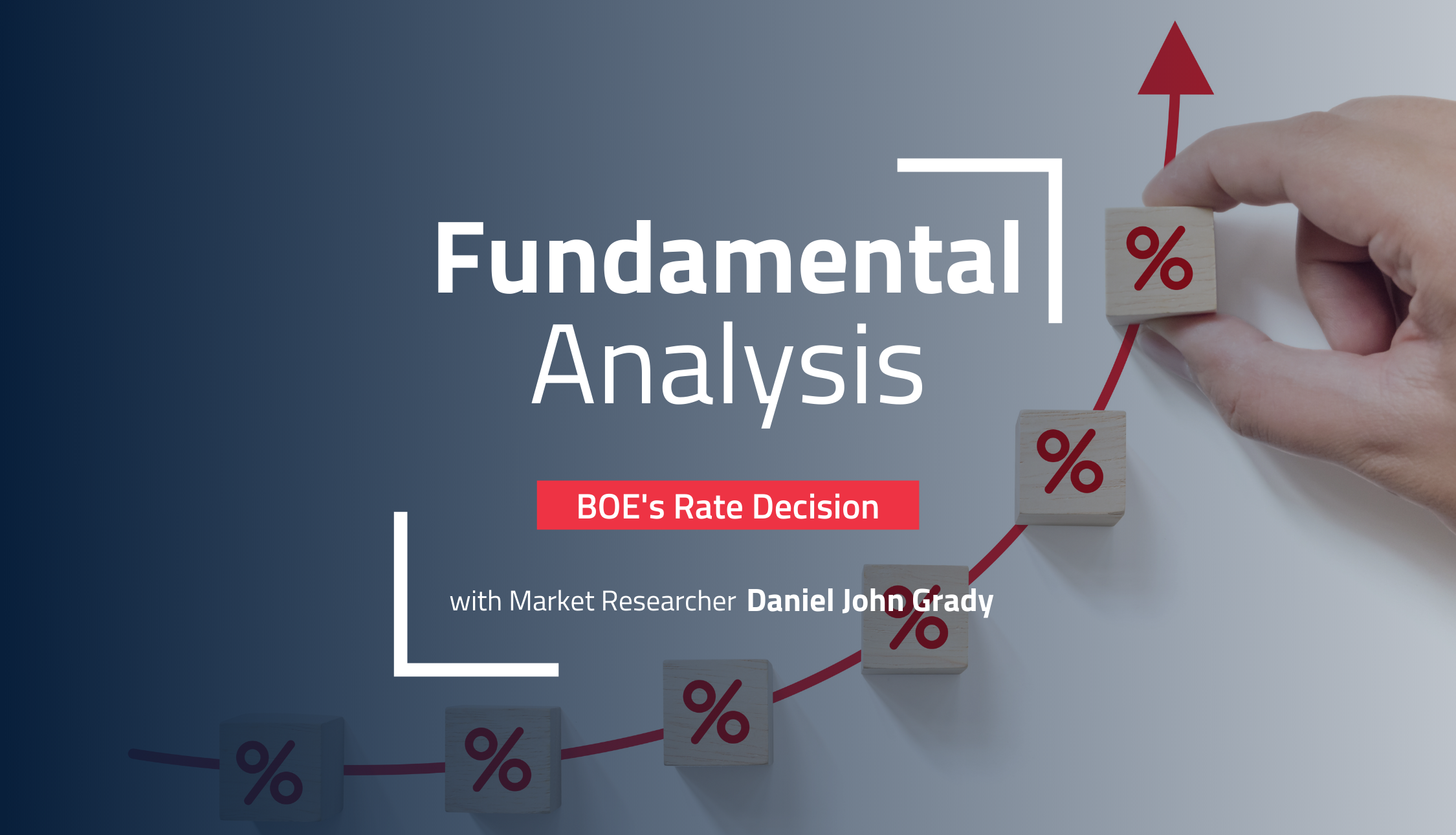 The BOE faces a somewhat unique challenge that could lead to a divisive policy vote at tomorrow’s meeting. And this can send a confusing signal to the markets, leading to unexpected movements in Forex. Here’s why 25, 50 and 75 basis points are negotiable:

Tortoise Hare did not win

The BOE was the first bank to start tightening during this cycle, leading to some speculation that the UK could handle the inflationary situation better than its peers. However, other central banks, and in particular the Fed, grew much faster and quickly overtook the Bank of England. The slow pace of rate rises has not dampened the steady rise in inflation, leaving the UK with one of the lowest real returns among the majors. Naturally, this contributed to the pound becoming weak, and it hit multi-decade lows against the dollar.

A weak currency only adds to inflationary pressures, as imported goods (or dollar-denominated goods such as natural gas and oil) become even more expensive. Finally, at the last meeting, the Bank of England decided to raise the rate by 50 basis points, leaving the rate at 1.75, compared to 2.5 in the US.

Inflation was expected to continue rising until the end of the year, potentially peaking at 14%. This would require the Bank of England to take aggressive action despite warnings of an impending recession. At that time, inflation was already in double digits, which had not been the case for decades.

Then the new prime minister announced a program to limit energy prices. And this is where everything gets very complicated. To begin with, the exact details of the plan will not be known until Friday. On the one hand, an increase in government spending can lead to an increase in inflation. On the other hand, limiting energy prices, especially for businesses, would most likely contribute to a slowdown in the general level of inflation.

What about the BOE

The point is that the BOE cares about the base rate; that is, the amount of inflation without the high volatility caused by energy and food prices. Headline inflation has already fallen slightly, but core inflation continues to rise. But how much of that core inflation is due to the impact of higher energy prices, which affect transportation and operating costs? In part, this effect can be mitigated by government price restrictions. But, again, we don’t have all the details; and the BOE will have to make a decision based on the information it has now.

That is why there is an argument that the Bank of England does not need to continue such aggressive hikes, as inflation can be moderated by slowing economic growth and government action. This may be the position of Tenrei, who disagreed last time, voting for a 25 bp hike. And this time she could do it again.

Some BOE members will potentially vote for 75bp, especially if the Fed decides on a full percentage point later today. Thus, the vote can be split three ways. Most economists expect 50 b to win out in the end. But how the market might react will likely depend on the split of the vote and how much the board leans towards 25 or 75b.

Trading news requires access to extensive market research – and that’s what we do best. Open your Orbex account now.