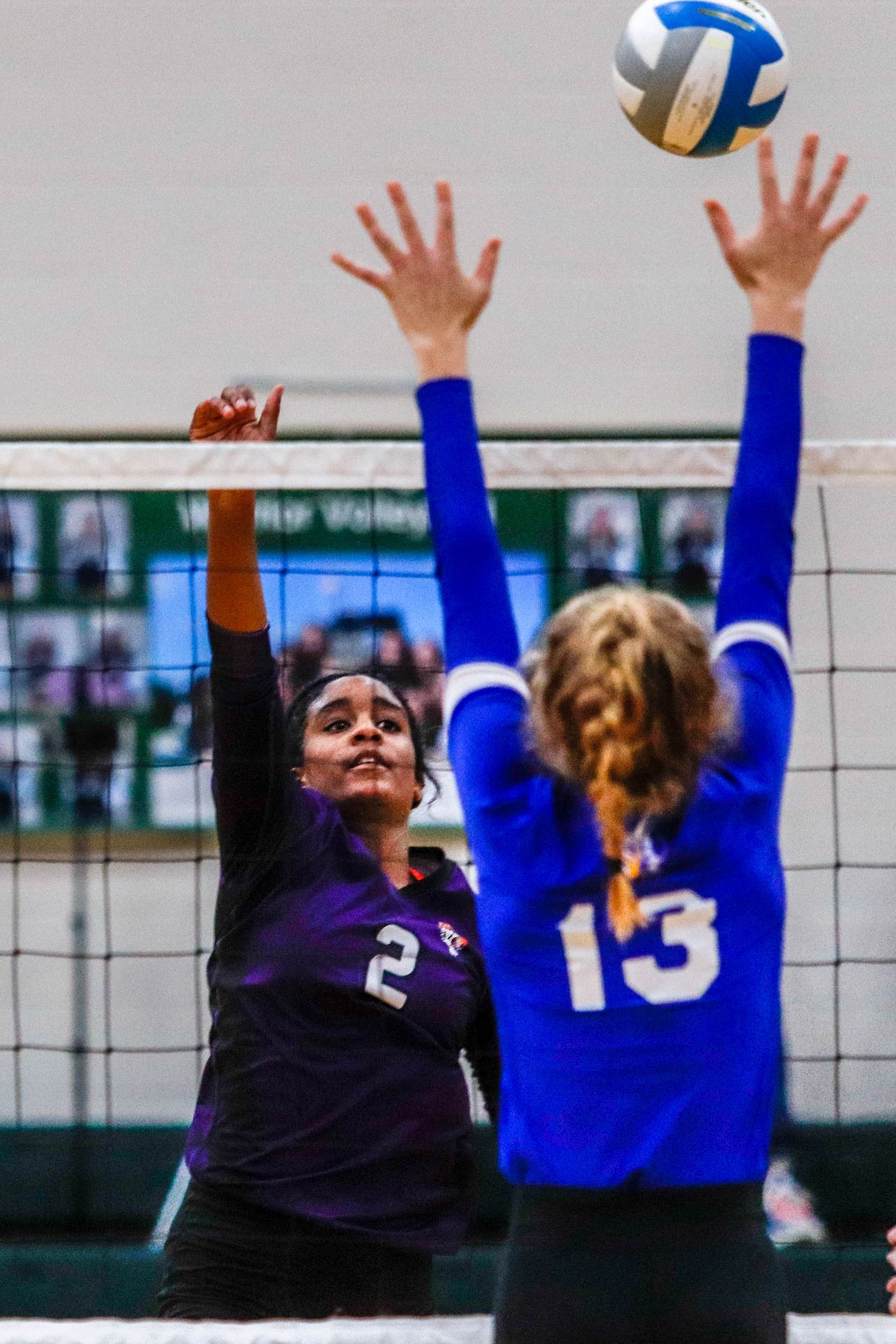 This week’s winner will be announced on Tuesday afternoon with a separate post highlighting the player and their achievements this season.

Coaches are encouraged to nominate an athlete from their team for next week’s email vote jvandyke@mlive.com with stats and highlights.

The Rockets’ golf standouts finished fourth overall at the Division 2 regional tournament at Arrowhead Golf Course in Lowell on Tuesday. She has now qualified for the state final tournament for the second year in a row.

The Trojans’ standout scored two goals and added one assist to lead the team to a 3-1 win over Allendale on Monday in the first round of the OK Blue Conference tournament.

The Buccaneers sophomore runner posted a time of 18:41.10 to finish third overall in the Allendale Falcon Invitational Girls Scarlet Division.

The senior cross country runner for the Sailors posted a time of 16:14.20 to finish third overall in the Allendale Falcon Invitational Boys Scarlet Division.

The Buccaneers volleyball standout recorded a team-high 11 kills and five blocks in a four-set loss to No. 14 Rockford on Tuesday.

The Rockets’ standout volleyball team recorded 13 kills and added three aces in their team’s three-set match against Holland on Tuesday.

The junior cross country runner for the Trojans finished in 20:50.23 to earn top honors in the girls race at the Fruitport Invitational.

The Tigers’ volleyball standout recorded 50 kills and three blocks in four matches at the Karen Kirk Memorial Tournament on Saturday. She also added 31 kills and two blocks in a three-set sweep of Whitehall and had 31 kills, 19 service points (six aces), 16 digs and four blocks in a win at North Muskegon on Tuesday.

The Wildcats junior golfer carded a 78 to finish third overall at Tuesday’s Division 3 regional tournament. This will be the third straight season Goodreau has made the state final tournament.

The Eagles standout had 18 goals and nine assists this season and helped the Eagles capture their first-ever CSAA Conference Championship with two goals against Newaygo.

The Pirates sophomore cross country runner posted a time of 17:41.3 to take top individual honors in the elite girls varsity race at the Shepherd BLUEJAY Invitational.

The junior cross country runner for the Eagles clocked a time of 16:01.4 to take top individual honors at the Gold Varsity boys race at the Shepherd BLUEJAY Invitational.

The Sailors soccer standout had five goals and three assists in a 9-0 win over Muskegon on Tuesday in the opening round of the OK Green Conference tournament.

The Vikings’ standout volleyball team recorded 40 assists and three aces in a four-set win over Fremont.

The Buccaneers rugby team was awarded Player of the Match honors in Grand Haven’s 31-0 victory over Berkeley last week. Teasley played a key role in the team’s shutout victory from her fullback position, according to coach Jessie Brewer.

The sophomore runner for the Warriors posted a time of 19:00.5 to finish third overall at the Jays Girls’ Shepherd BLUEJAY Invitational.

The Eagles sophomore runner posted a time of 18:30.0 to take top individual honors at the Gold Varsity girls race at the Shepherd BLUEJAY Invitational.

You Vote, We Go: Choose Which Muskegon-Area Week 7 Game We Film, Subscribers Get Free Photos

Reeths-Puffer was named the MLive Muskegon Athlete of the Week for Sept. 14-20.