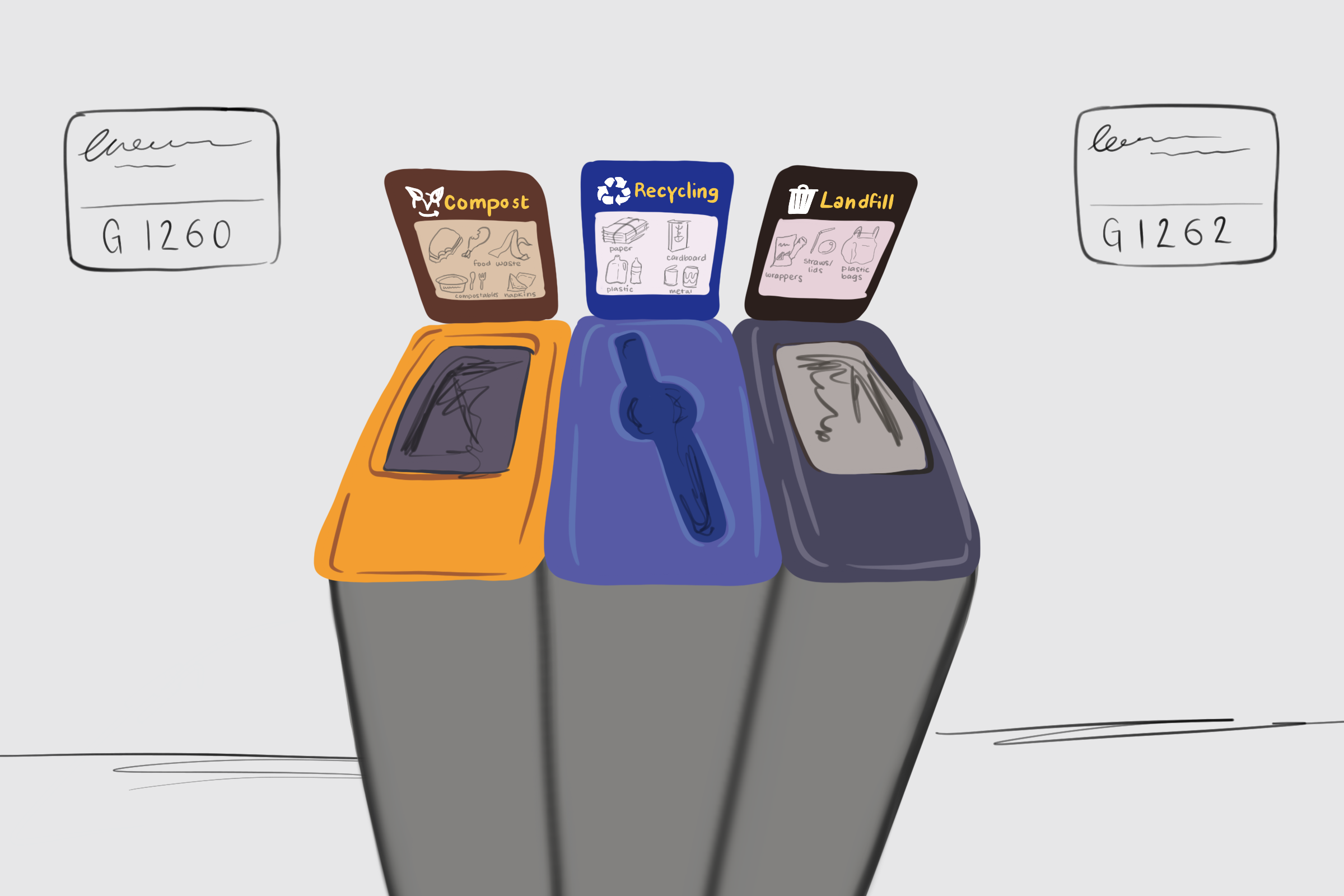 The University of Michigan’s Office of Campus Sustainability (OCS) has announced expanded on-campus composting programs to support them. waste reduction initiative. OCS has implemented composting through them Zero Waste Initiative in 2017, focusing on education, accessibility and implementation across the campus community.

Composting is process recycling organic matter, allowing them to decompose on soil fertilizers. Any food waste and materials that are biodegradable products of the institute certified composting are considered safe for compost, and BPI certification is designed to prevent greens.

The benefits of composting include: reduced emissions from landfills, improved soil health and reduced food waste. University goals reduce food waste by 40% by 2025; currently the amount of food waste has decreased by 32% since the fall of 2021. All of the university’s compost waste is sent to the compost of the city of Ann Arbor site managed WeCare.

It is now finished 1000 compost bins in more than 150 campus buildings, but most of the containers are located in staff-oriented areas, according to Annie Dale, waste reduction and OCS liaison manager.

“(Compost bins in staff-oriented locations) allow us to capture a lot of compost waste with very minimal fear of contamination,” Dale said. “It’s really important that we minimize this contamination, because the facility where we take the compost doesn’t have a sorting mechanism to get rid of the contamination.”

Contaminants these are materials that are not susceptible to composting and can damage plants and soil during composting.

Plastic is one of the most common pollutants; after mixing with the rest of the compost the animals can take the plastic particles for food. In addition, when irrigated heavy rainfall, microplastic pieces can get into the water source and contaminate the water.

In the fall of 2022, OCS sawed Accept the compost hopper a program to gather student information on where compost bins should be located. The program allowed students to suggest a location and monitor the contamination of the ballot box for a month. If students noticed any problems with the containers, they were asked to seek help from OCS. As part of a pilot project, OCS has created resources for students to learn about the compatibility of different products. The program inspected 11 box locations, including the LSA building, Mason Hall atrium, and Hatcher and Shapiro libraries.

The program has been successful in combating pollution, Dale said. OCS hopes to conduct another pilot round with a dozen more bunkers to increase composting in student areas in the spring of 2022

“(Pilot programs) went very well and we want to hold another round of them this spring,” Dale said. “We’re trying to report these placements based on some student focus group information.”

LSA sophomore Pauline Druge, vice president of finance and operations for Theta Alpha Psi, a professional fraternity in sustainable development. She said more education and student participation is needed in composting on campus.

“The University of Michigan has taken the right first step in placing compost bins on campus, but I don’t think students know how to properly compost,” Druge said. “I think it’s a big barrier. Also, people just don’t care about sorting garbage. ”

OCS also conducts focus groups this semester, where facilitators discuss composting topics with student organizations. Some of the topics include off-campus composting, on-campus infrastructure and composting innovation. OCS program manager Nicole Berg said the contribution of students from these groups would be used in future composting initiatives.

To increase interaction with the public, the Ann Arbor campus has struggled to make composting and recycling secondary to students and staff at the university. The university participated in Campus race to zero waste (formerly known as RecycleMania), a waste reduction competition among colleges across North America, place in the first place at RecycleMania 2020. The university also hosts a parallel competition between campus buildings. The second week of the Storm building at Golf Course Clubs and Mosher-Jordan Hall had the highest level of distraction.

Berg said any OCS welcomes students ’contributions as they are still planning to expand composting.

“I would like people, especially student organizations, to know that we are happy to come to various organizations, meetings and classes,” Berg said. “We are very happy to come and talk to you. If you would like to share anything as we are in the process of investigating the expansion, just email us at zerowaste@umich.edu. It’s time to reach out. ”

The Daily Staff reporter Caroline Wang can be contacted at wangca@umich.edu.