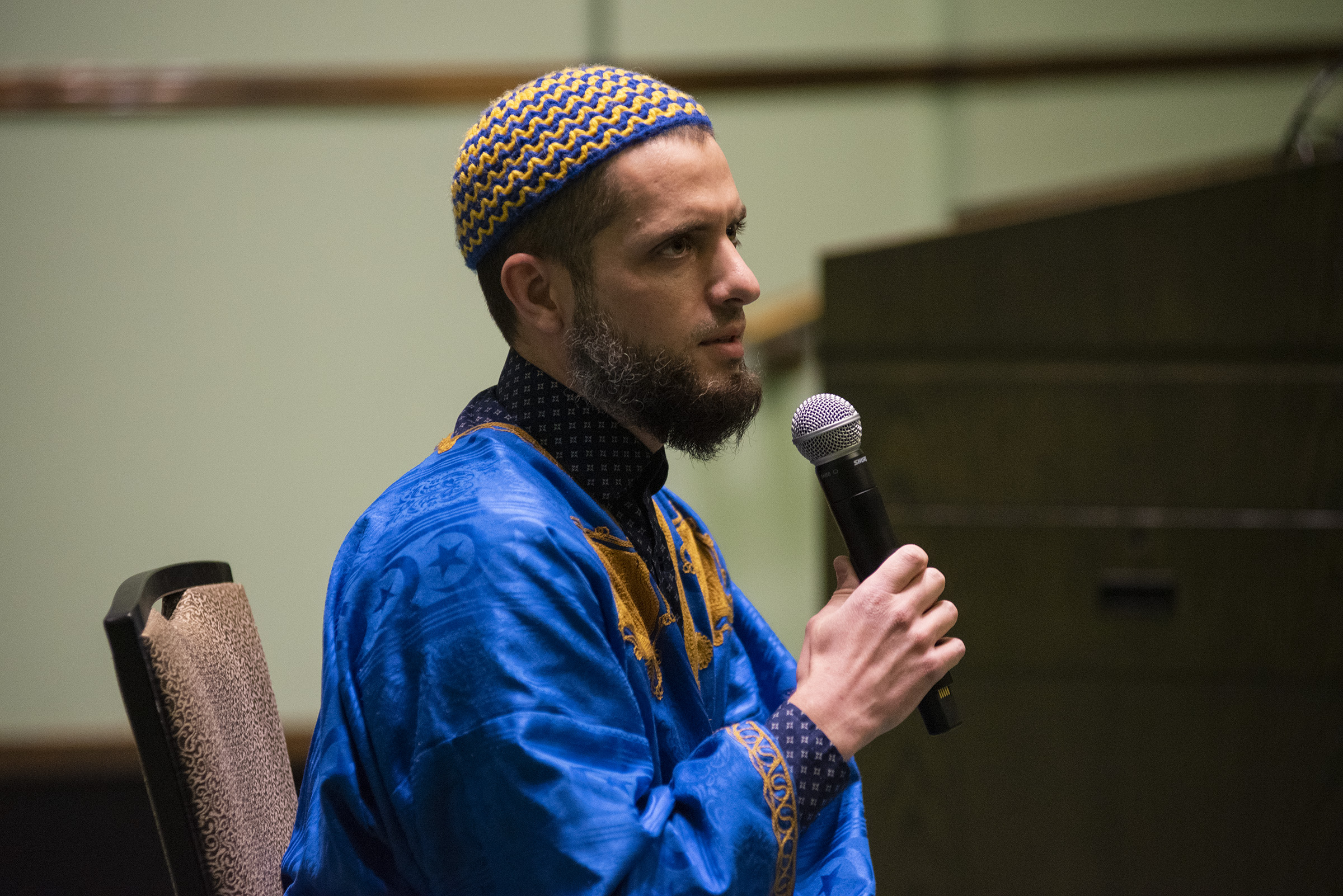 Fifth annual Marks colloquium On March 10, faculty, alumni, and community members of the University of Michigan made presentations at the Reckham Amphitheater. Similar to a TED Talk, each of the 8 speakers spoke for 15 minutes on the topic of this year’s colloquium on brands: “Revolutionary Ideas”. Speakers – nominated by V.M. Brands scientists – included experts on a wide range of subjects, from quirks in horror movies to plants and music.

The Scholarship Stamps is an undergraduate scholarship based on merit, which is awarded to students after their admission to one of the 37 partner institutions and includes financial way from the Stamps program and partner universities. At the University of Michigan, Stamps fellows are selected from freshman entrants to on-campus schools and colleges.

Senior Engineer Jensen Hwa, President of UM Stamps Scholars, organized the event, which was attended by about 30 community members. He opened the colloquium by expressing his appreciation for the Stamps Fellowship and the academically diverse community of Stamps scholars with whom he had the opportunity to connect.

“I was lucky to be part of this group,” Hwa said. “Receiving this scholarship has greatly changed my college learning experience. The return of this community encourages me to hold such events. ”

Natasha Pilkauskas, Associate Professor of Public Policy, presented a speech entitled “Remittances and Children” about his revolutionary ideas for ending child poverty. Pilkauskas offered to give the impoverished children cash spend at your discretion, regardless of parental employment status.

“Early childhood income is important for a child’s development,” Pilkauskas said. “If we really think about eradicating child poverty, we can’t focus on whether someone works or not.”

LSA sophomore Abby Hass has nominated her musicology teacher James Bodyford who spoke of him research about the spread of music in different countries. For Bodyford, the “message” of a piece of music is often contained in a “medium”. Bodyford compared musicians who share recorded sounds with each other, with the transmission of history and opinions related to the wider public context.

“I would defend the revolutionary spirit of the media itself,” Bodyford said. “To demonstrate that people can communicate with each other without anyone making any profit in each exchange.”

In an interview with The Michigan Daily after the colloquium, Hess said Bodyford’s prospect was intriguing, especially the connections he established between music and Chilean culture.

“I really enjoyed hearing him talk about the role of music in the political spectrum of another culture,” Hess said. “It was interesting to hear from someone who went into culture specifically to look at the effects of music.”

Professor of Paleobotany Selena Smith talked about how fossils provide a record plant evolution and their environment. Smith urged listeners to change their philosophy regarding the recognition and understanding of plants as major components of our modern world.

“Plants are the channel that connects air, water and land,” Smith said. “I think we need another revolution, this time not inspired by plants, but inspired by them.”

Professor of English Gina Brandalin argued that “Horror is inherently strange,” in her speech. She said she found that amazing people understand what it’s like to resonate with different archetypes in horror movies, including “the ultimate girl”Heroes, or the main character, who eventually confronts his opponent.

“We need to think differently about the messages that deliver horror stories to us,” Brandalina said.

Teacher of residential college Darcy Brendel told in her speech “The revolutionary nature of the cloud” about how the clouds demonstrate “relationship » Is a concept developed by the Buddhist monk Thich Nhat Khan regarding the interconnected nature of the world. As a poet and activist, Brandel shared her belief that all lives are interdependent. To do this, she cited an example that took from the teachings of Khan.

“The cloud isn’t out of anything, there’s just a change in shape,” Brandel said. “It’s not the birth of something out of nothing … If you look deep into the rain, you can see the clouds. The cloud is not lost, it turns to rain.

Felicity Foundation Chaplain Matthew Schumann shared with those present his views on Islam, emphasizing the importance of self-awareness. Schumann said spiritual liberation is often blocked when people get into the hustle and bustle of daily life. To find true consolation, Schumann said, one must choose when to take time for oneself.

“We have a choice to answer or ignore the calls we keep getting,” Schumann said.

“Uija, tarot and the constant use of spiritism are unfortunately becoming feminized in the gender dichotomy of knowledge,” Cowles said. “It is as if the objective sciences leave aside what is conditional spiritualism that depends on the context.”

Hwa personally invited Lizhen Ji, a professor of mathematics, and introduced Ji’s audience as the “king of mathematics.” In Ji’s speech “Mathematics vs. History”, which was the last presentation of the colloquium, Ji spoke about the intersection of history and mathematics. He singled out examples of historical mathematical figures to put both areas of study into perspective.

Hwa said he wanted the event to synthesize “revolutionary ideas” from different parts of the campus. With an open topic, he hoped to set a consistent tone, allowing speakers to explore what they enjoy.

“It was nice to see that almost every school was represented by speakers,” Hwa said. “I really think it helps to enrich the status and image of the university to show the best faculty the university has to offer.”

You can contact the reporter of the daily staff of Ashnaya Mehra at ashmehra@umich.edu.