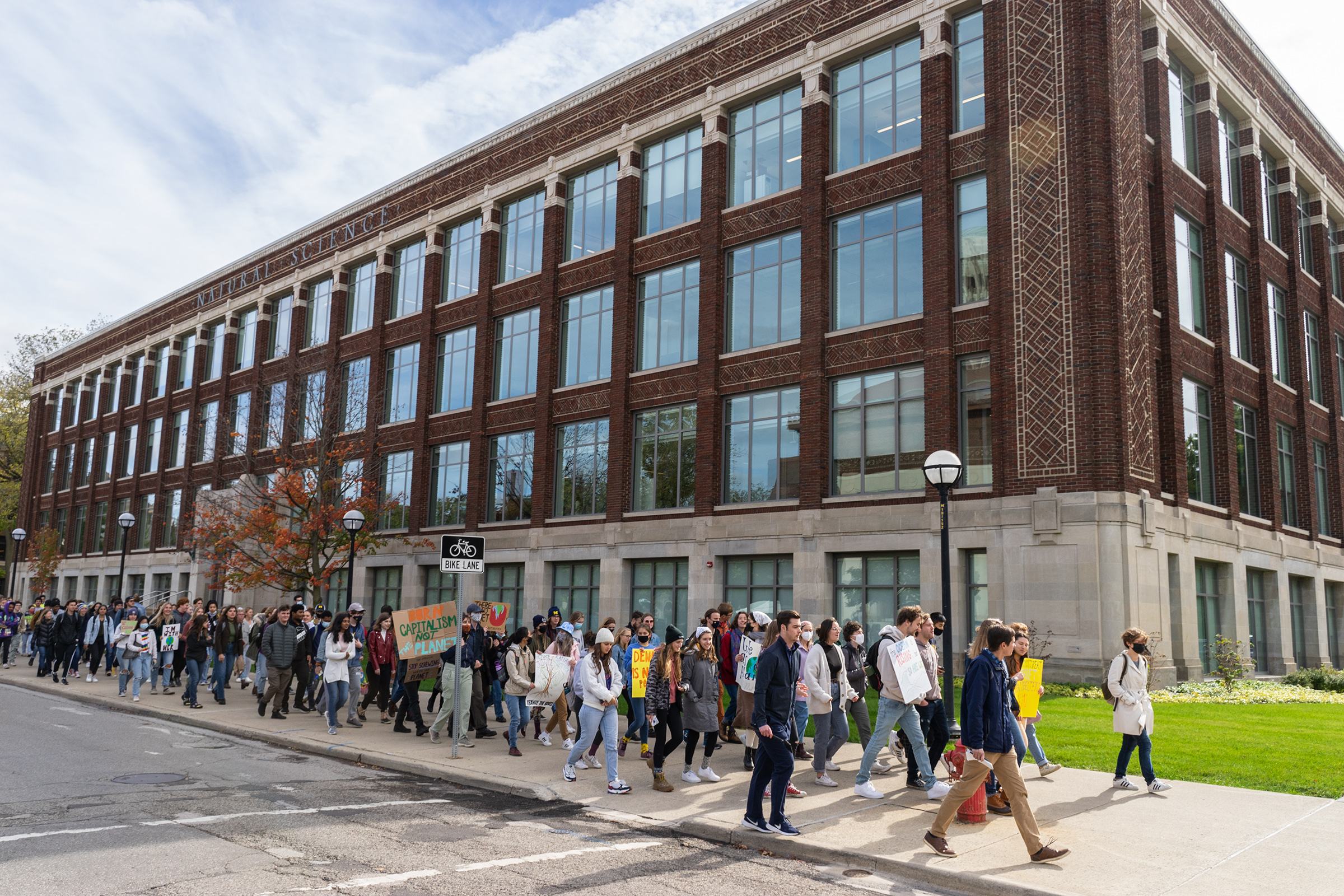 U press release obtained by The Michigan Daily, Interim University President Mary Sue Coleman said the university will continue its commitment to its carbon neutrality goals and work with various stakeholders to achieve them.

“Carbon neutrality is at the heart of what we do; in planning and powering our buildings, deploying our buses, conducting cutting-edge research and investing to fund such work,” Coleman wrote. “I look forward to building on our progress and learning from like-minded partners and communities as we strive for a more sustainable world. Together, we can take significant climate action.”

According to the report, the university reduced its total greenhouse gas emissions by 25% between 2010 and 2022, hitting its target to do so three years early. This includes a 4% reduction in emissions in the last financial year.

The university’s carbon neutral plan is the result of ongoing student and community work activity to push the university to take more aggressive action on climate change and go beyond recommended emission reduction targets. Throughout the two-year process of creating the plan, Art President’s Commission on Carbon Neutrality since 2019, a group of faculty, students, and other advisors have been engaged in extensive research.

Last year, the university identified 50 energy-saving projects finance through its Revolving Energy Fund, which in total is estimated to reduce carbon emissions by more than 5,600 metric tons per year. They also released $300 million green bonds and promulgated plans for geothermal heating and cooling systems. The university also released UM Emissions Reduction Dashboard this year, where members of the campus community can track carbon neutrality progress.

In a statement, the University outlined its top priorities for climate action in the next financial year.

“President-elect Santa J. She demonstrates commitment to the sustainable development of higher education,” the statement reads. “At the University of British Columbia, Ono rules University Coalition on Climate Changeof which UM is an active member.”

Daily staff reporter Samantha Rich can be reached at sammrich@umich.edu.