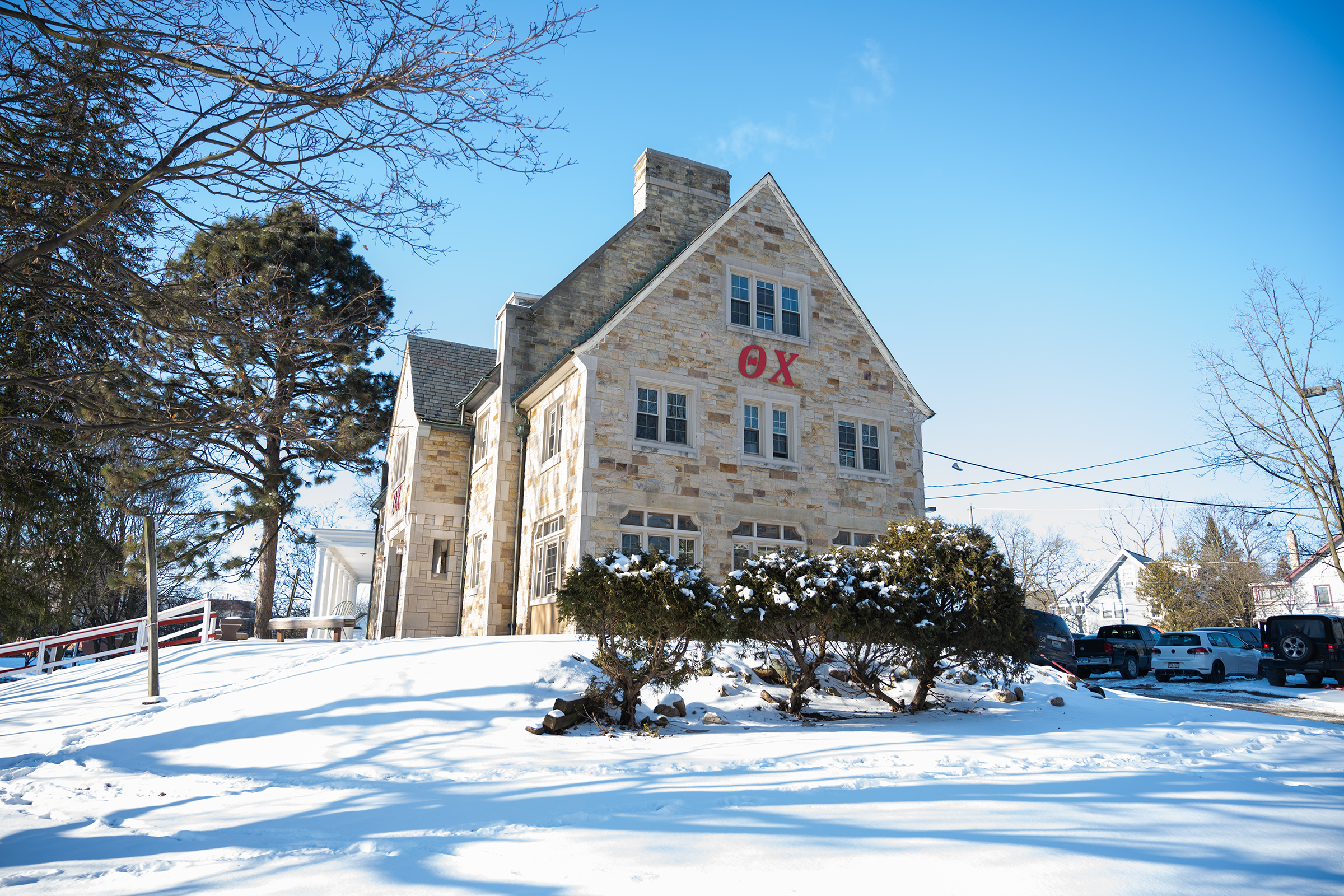 Thousands of Michigan University students, including members of Fraternity & Sorority Life, gathered around the rink in the backyard. 700 Oxford Road February 19 annually Winter Festival broom tournament. The tournament was the culmination of the 2022 FSL Charitable Initiatives Inter-fraternal council (IFC) and Panel Association involved.

The historical Albert Lockwood, or Sigma Nu, the fraternal house historically hosted the tournament until Sigma Nu was expelled with the IFC in 2009, which led to their removal from the home. The Pi Kappa Alpha fraternity occupied the house in the absence of Sigma Nu and took over the Winterfest’s 2019. University redrawn Sigma Nu in October 2020 and they re-settled in 700 Oxford. However, last winter there was no official Winterfest Limitations of COVID-19.

According to Sigma Nu, this year’s Winterfest has collected a record number $ 202,213 for three charities – Autism Alliance Michigan, Southeast Michigan Women’s Center and Fisher House, Michigan – elected IFC, Panhellenic Council and Sigma Nu. Each charity will receive a third of the proceeds. Executives who donated more money received higher ratings in the previous Brumbole tournament, which took place on February 18, the day before the main event. Each branch deals with different fundraising methods.

Second-year business cole Marshall, president of Sigma Nu, told The Michigan Daily about the process of selecting charities for this year’s Winterfest. He said each group chose an organization that matched their values ​​and that they believed would benefit most from the donation.

Sophomore engineer Josh Strand, chairman of Philanthropy Sigma Nu, said FSL members are excited to return after failing to get together at Winterfest in 2021. He said FSL departments are working to support safe social events this year so students can meet each other as campus organizations going back on personal operations.

“We spent a lot of time talking to the leaders, meeting separately with as many presidents of women’s societies and fraternities as possible,” Strand said. “(Sigma Nu) spoke with the President (Pan-Greek Council) and the President of the IFC separately about everything – about our risk plan and any issues they have. We tried to communicate with everyone as best we could. “

Brooms – a sport similar to hockey – takes place on the rink, but players wear skates instead of skates. The game also involves the use of sticks resembling brooms to pass a small ball over the rink and end up scoring in the goal. For extra protection, Winterfest participants wore helmets for hockey and lacrosse.

To combat the often physical nature of the bumblebee tournament, Strand said a number of measures have been taken to ensure the safety of those attending and attending the event. An ambulance was stationed on the scene, as well as 20 hired guards and the Ann Arbor Police Department, Strand said.

Marshall added that a specific Sigma Nu health and safety plan has also been developed to help alleviate the problems associated with COVID-19.

“I think finding a really strong plan makes people understand that the event will take place … and that people will be safe at the event,” Marshall said. “These things are really important to many homes on campus and showing them a plan that (Sigma Nu) has just made everyone a little excited about this event.”

Compared to previous Winterfest tournaments, which were held exclusively within the FSL community, Strand and Marshall said this year’s event was open to anyone on campus.

“There are so many contributors in the community,” Marshall said. “We just thought it was the best way to engage the entire campus community when everyone feels welcome. This is not exclusive. Anyone can come to the event. “

Trend said the exclusive event creates an additional gap between the FSL and the rest of the UM community.

“There’s no point in (exclusivity) because we already feel that Greek life is kind of alienated from the rest of the community,” Strand said. “I want to attract (other UM students) as much as possible.”

Second-year engineer Emma Smith, president of the Delta Gamma women’s association, played in this year’s Brumbole tournament. She said it is a memory she will look back on for years to come, and shared her experience as a Delta Gamma goalkeeper.

“I played goalie in one game, which was fun, but I didn’t have knee pads,” Smith said. “I was bruised, but everything is fine. It was worth it (because) we won the game … Everyone cheered you on, and it was a very fun, hilarious environment. All the girls’ games are very conducive. “

Second-year kinesiologist Max Nemoy, Social Chair Sigma Nu, also participated in the tournament and said the atmosphere was not only fun but also surprisingly competitive. Although his team did not show itself in the tournament, Nemo said all the money raised by the FSL for charity was a more important victory.

“It was definitely a lot more involved than I thought, a lot more physical … but overall the energy was very good,” Nemo said. “After all, we did it all for charity. So it was great. Our individual team did not perform very well (in the broom tournament), but we raised a lot of money. “

Daily News contributor Natalie Anderson contributed to the publication of this article.

The Daily Staff reporter Carlin Pendell can be contacted at cpendell@umich.edu.