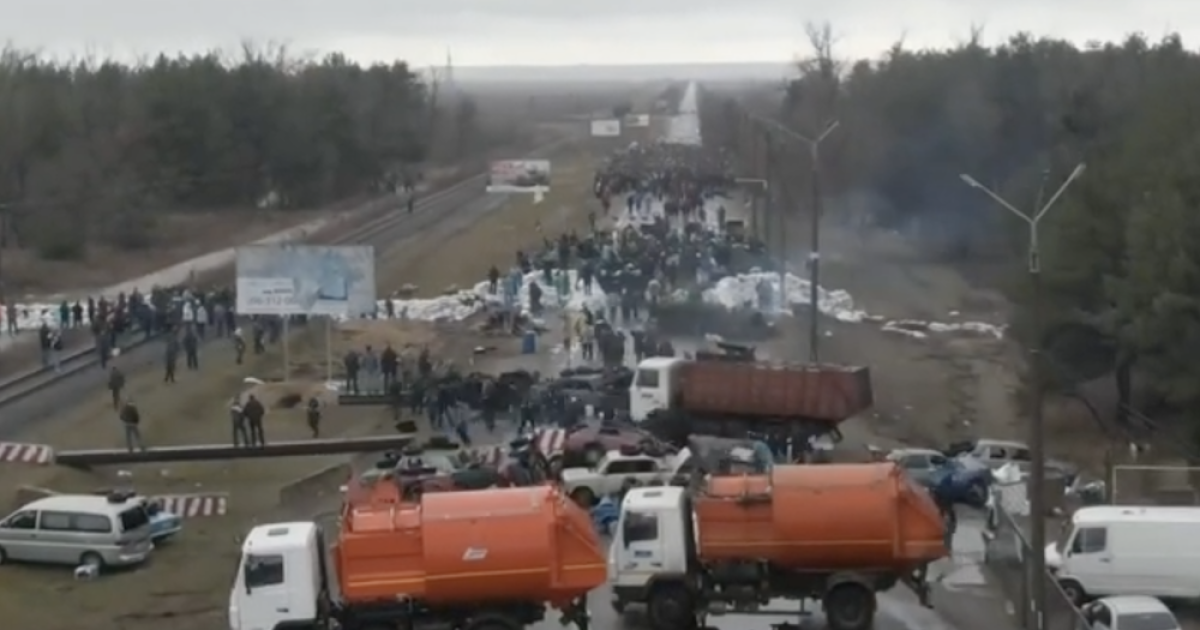 Hundreds of Ukrainians are blocking the access road to the nuclear power plant near Energodar to prevent the invasion of Russian forces under control.

The video posted on Facebook shows a large crowd on the road leading to the Zaporozhye Nuclear Power Plant (ZNPP). Many in the group carried Ukrainian flags, others parked garbage trucks and other cars on the road to block the road.

The videos were released after Russia informed the International Atomic Energy Agency (IAEA) that its military forces had taken control of the area around the power plant, Director General Rafael Mariano Grossi said on Tuesday.

Enerhodar Mayor Dmitry Orlov says his constituents have rallied to keep the city out of Russian hands.

“We have informed the position of our city and its residents that the ZNPP is under reliable protection, that its employees and residents of Energodar are under Ukrainian flags,” Orlov said on his Facebook page. “All utilities are operating in an emergency mode. Nobody is going to hand over the city. People are determined. “

Enerhadodar is located in southeastern Ukraine, about 150 miles north of the Crimean peninsula, a region the country annexed by Russia in 2014.