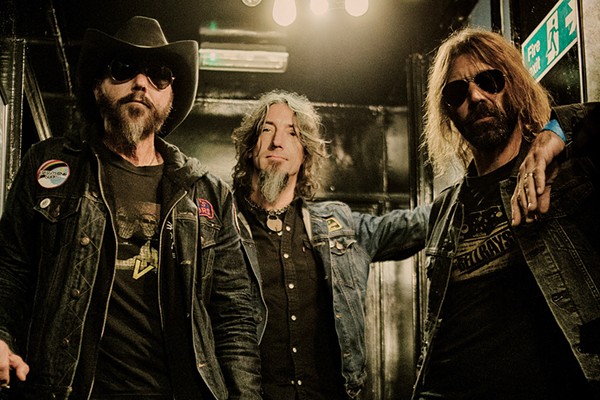 ’90s rock ‘n’ roll band Supersuckers will play a veritable mini-tour in metro Detroit next week with three shows, including a free acoustic performance at the Royal Oak Music Store.

The band will then perform an abbreviated set at 7:00 PM on Monday, October 10 at Guitar Hi-Fi (607 S. Washington Ave., Royal Oak; 248-808-6769; guitarhifi.com). According to the flyer, the band will play “covers, requests and classics.” The store says exclusive merchandise and tickets will also be available.

The Supersuckers formed in Tucson, Arizona in 1988 and released a series of records on Sub Pop. Bassist and singer Eddie Spaghetti is the only permanent member of the band, which is now a trio rounded out by guitarist Marty Chandler and drummer Captain Von Streicher.

The band is touring in support of the 2020s Play that rock and rollwhich AllMusic called “a collection of anthems that celebrate hard partying, casual sex, silly behavior and loud guitar music.”

When did Michigan Legalize Online Gambling?