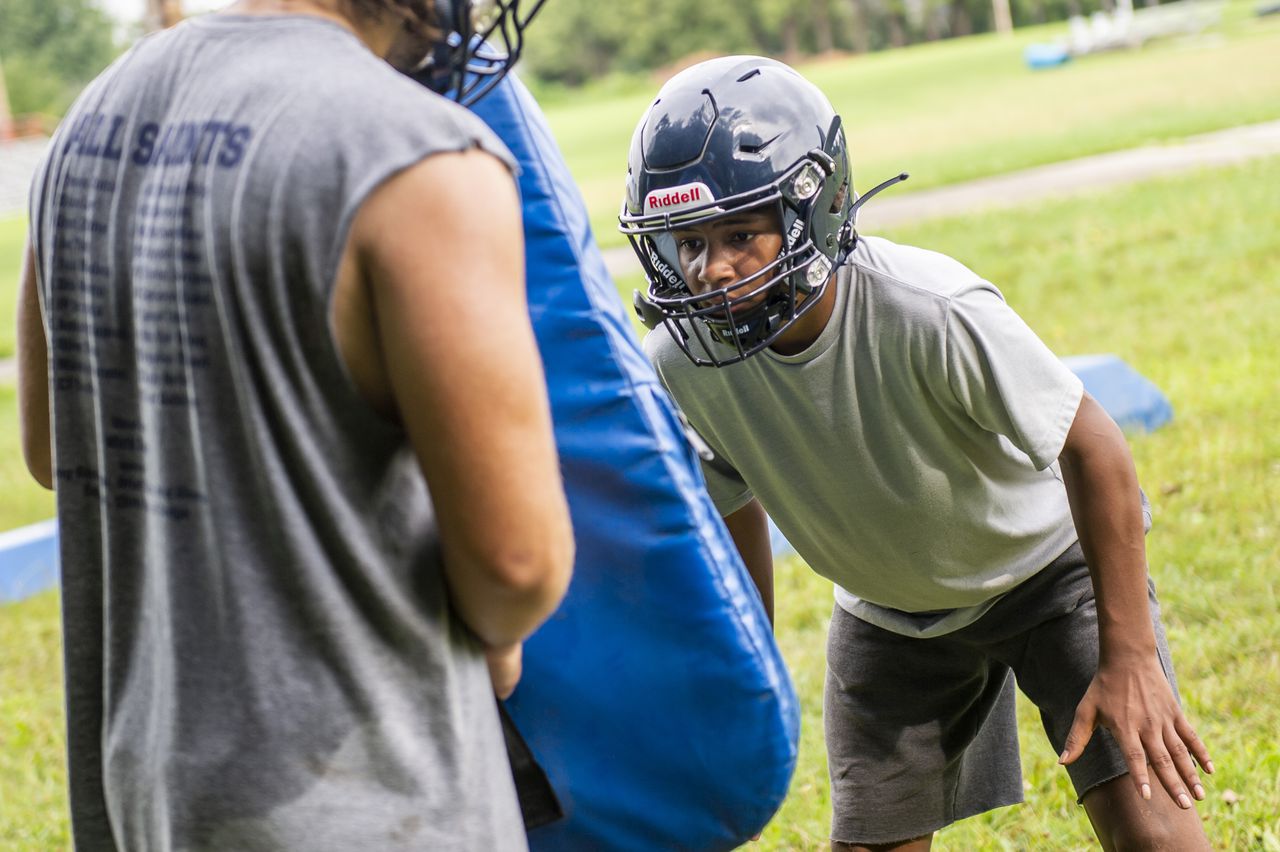 BAY CITY, MICHIGAN – Bay City All Saints could settle for a win on the scoreboard.

Losing on the calculator was a little harder to accept.

The Cougars enter the 2022 high school football season with a unique motivation, a year after reaching the six-win mark but a .305 mark short of a postseason playoff berth.

“We know we have to work harder and score more points,” All Saints senior Luke Dengler said. “I’m thinking about playing in a few playoff games, not just making the playoffs.”

With a 26-man roster — huge by eight-man football standards — the Cougars are hoping to improve significantly from a season ago. It will only take small steps to become a playoff team.

After finishing the regular season 6-3, the All Saints looked, felt and played like a playoff team. But Week 10 never happened for the Cougars.

For the first time since the play-offs were expanded in 1999, teams with six wins were not guaranteed a place in the post-season – and the All Saints will be among the first to leave with the short straw. A 61-18 loss to Mount Pleasant-Sacred Heart in Week 9 will prevent the Cougars from reaching their goal.

“We knew if we won the last game we were in. Well, we all know what happened that last game,” All Saints coach Eric Gust. “We didn’t play well and that was a tough loss in itself.

“But we also had to break the news to the kids and it was worse, especially when it was six wins before and you’re in it.”

“There were teams with less wins,” said Dengler, a standout midfielder. “We were just so far away. It was a big hit.

“We knew about the wins, we saw how things were coming together – and we didn’t make it.”

This year’s All Saints squad aims to turn that negative into a positive. When the first day of the football weightlifting program began on Feb. 15, about 15 players packed the gym — and commitment remained high from that point on.

“When you have bad taste, you want to do something about it,” said Gust, the ninth-grader’s coach. “The elders remember this feeling very well. They don’t want to get six wins and sit at home and watch others play.

“Maybe that was part of their battle cry and it gives them the motivational boost they need.”

Gust said the players still talk about being left out, and he won’t be shy about reminding them of this year’s journey. With a schedule that’s pretty similar to what it was a year ago, the combined All Saints and Bay City Academy team knows it needs to do better to turn its playoff fortunes around.

“Going forward, we have to understand that nothing else is a given,” Gust said. “It’s a motivation for us to say, ‘Let’s beat everybody and leave no room for chance.’ We want it to be our decision.”

Love reading about local sports? Don’t miss a single exciting season. Buy a subscription now and get full access to every story on MLive!

Coaches can ask questions at Media Day with video

Media day: Coach back from cancer urges players to cherish the moment

The crisis is approaching – Investment Watch