The rivalry of Jim Harbaugh and Ryan Day improves the game 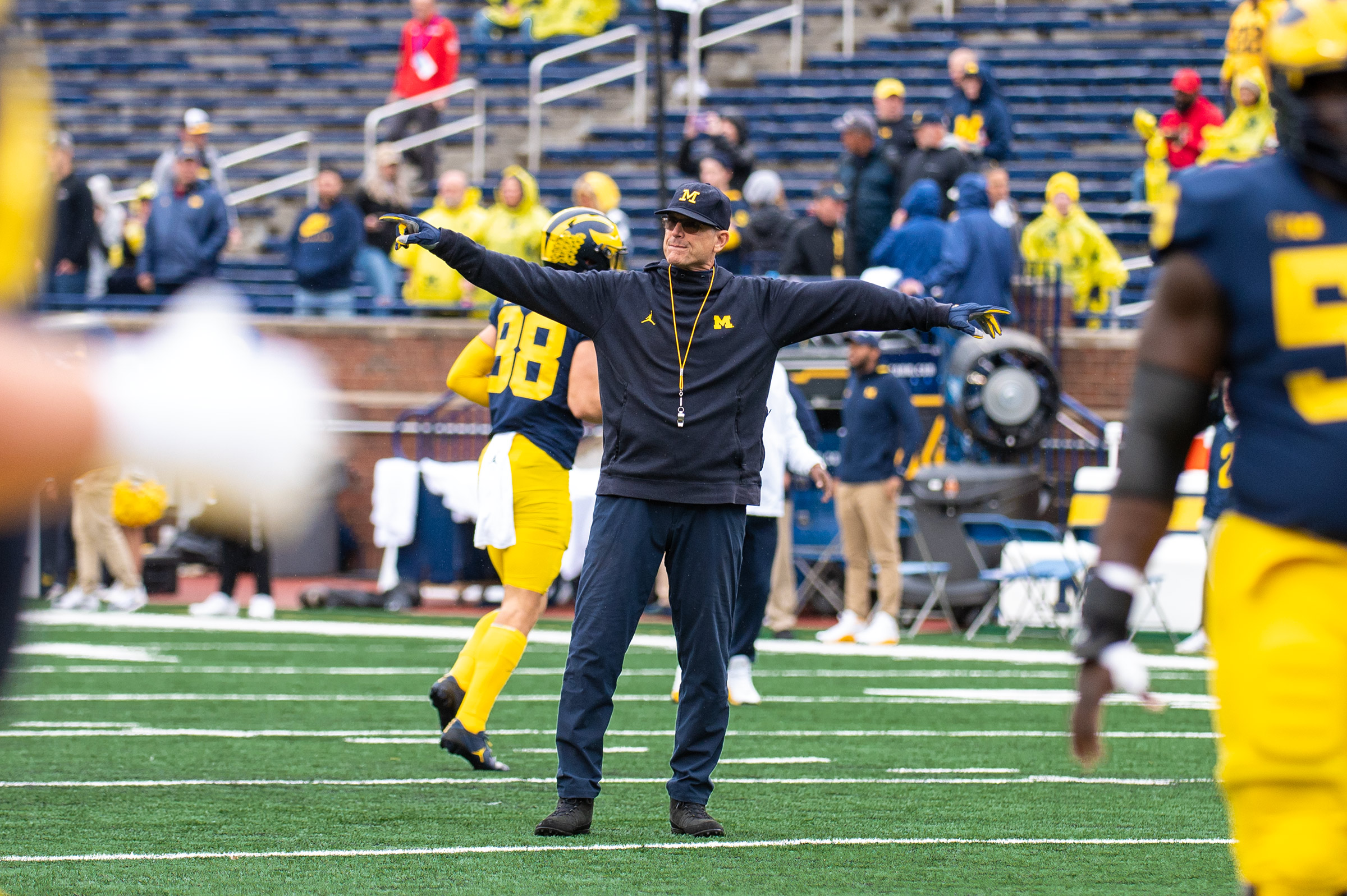 The Michigan coach was ready to wrap up his postgame press conference, where he talked about “moving forward with humble hearts” and “taking the high road.” But then he decided to make a joke before leaving.

“Sometimes people at third base think they’ve hit the triple,” Harbaugh said. “But they didn’t.”

It doesn’t take much reading between the lines to know who Harbaugh was referring to: Ohio State coach Ryan Day. Day has only met with Harbaugh twice, but the two coaches have traded jabs since Day took over in Columbus in 2019. Harbaugh’s comments after his first win over the Buckeyes were just the latest in their war of words.

In their inaugural meeting, Day and his team dominated 56-27. Ohio State was a heavy favorite entering the game and looked the part. There wasn’t much else to say at that point, but it wouldn’t take long for the tension to explode.

It started in the summer of 2020 during the Big Ten coaches conference call. There you go, Harbaugh according to reports Day interrupted, accusing him of conducting on-field instruction for his players over the summer and allegedly violating NCAA rules.

Day did not take kindly to Harbaugh’s accusations, and he wanted revenge on the field. His reported response: Hang a “100” on the Wolverines.

The Buckeyes didn’t get a chance to do that in 2020 when the game was canceled due to COVID-19. The Buckeyes did, however, make it to the national championship, cementing Day as the sport’s head coach in just his second year at the helm. That success greatly upset Harbaugh, who hit a coaching low point with a horrendous 2-4 season that had fans calling for his head.

With his job on his mind, Harbaugh threw down the gauntlet at the 2021 Big Ten Media Day. He set the team a goal of beating Ohio State on the open field.

“That’s what we want to do,” Harbaugh said. “And we will do it or die trying.”

When the two finally faced off again, Harbaugh shrugged off death, emerging victorious. So he felt entitled to take another shot at Day.

This is how their relationship became. There is no love lost between Harbaugh and Day. They are building their programs with the goal not only of making the College Football Playoff and winning Big Ten championships, but of destroying each other in the process. And despite all the bitterness surrounding their relationship, it’s a good thing.

Rivalries in college football have a hard time targeting a player. There is too much roster turnover for a consistent streak of players to be a major contender. The coaches, however, are a mainstay, and two standouts with strong personalities spark a rivalry.

With Harbaugh and Day seemingly entrenched in their respective programs for the long haul, it only fuels the storylines and anticipation of the game.

Given Harbaugh’s involvement, however, that tension was easy to see.

He didn’t shy away from rival coaches before. At Stanford, he spoke with then-USC coach Pete Carroll dating back to 2009, when Harbaugh was coming off a 53-21 double-double against the Trojans. During the handshake after the game, Carroll asked a simple question:

Harbaugh barked back, “What’s the matter?”

That feud carried over to the NFL as Carroll led the Seattle Seahawks against Harbaugh and the San Francisco 49ers from 2011-2014. In 2013, after a loss to Seattle, Harbaugh accused the Seahawks of using PED.

Then, when Harbaugh took over Michigan in 2015 against Urban Meyer, he never spoke about the former Buckeye executive asserting that wherever Meyer goes, “controversy is encountered.”

But the trash talk always rang a little hollow as Carroll and Meyer each had multiple championships and Harbaugh’s shelf remained bare. To top it all off, Carroll beat Harbaugh in their only playoff meeting, while Meyer went 4-0 against Harbaugh during his tenure. Harbaugh never hid his cocky nature when facing his coaching rivals, though that approach was used in part to make up for what his team didn’t accomplish on the field.

But Day and Harbaugh’s relationship is different — for the first time, both coaches feel like they have something to prove. Day doesn’t quite have the resume to surpass Harbaugh, at least not yet. And though Harbaugh ignited the sparring session, Day wasn’t afraid to strike back.

It’s still early, but it’s hard to ignore the undertones of another great coaching rivalry between Michigan State and Ohio State — perhaps even in the footsteps of the Decade War.

During that time, from 1969-1978, Woody Hayes and Beau Schembechler — both big-hearted individuals with patented looks — battled it out, often for a shot at the Big Ten championship and a spot in the Rose Bowl.

Flash forward to this year, and Day and Harbaugh are battling to be in the Big Ten’s class for the second straight season. Based on the recent success of both teams, they could very well be fighting for conference supremacy for the foreseeable future.

Now, Harbaugh can say what he wants, but Day won’t be leaving the base anytime soon. Together, even if the pair wants nothing to do with each other, they could take the next decade of gaming into the stratosphere.

The game speaks for itself. But a great coaching rivalry, like the one Harbaugh had on the same day, transcends it.