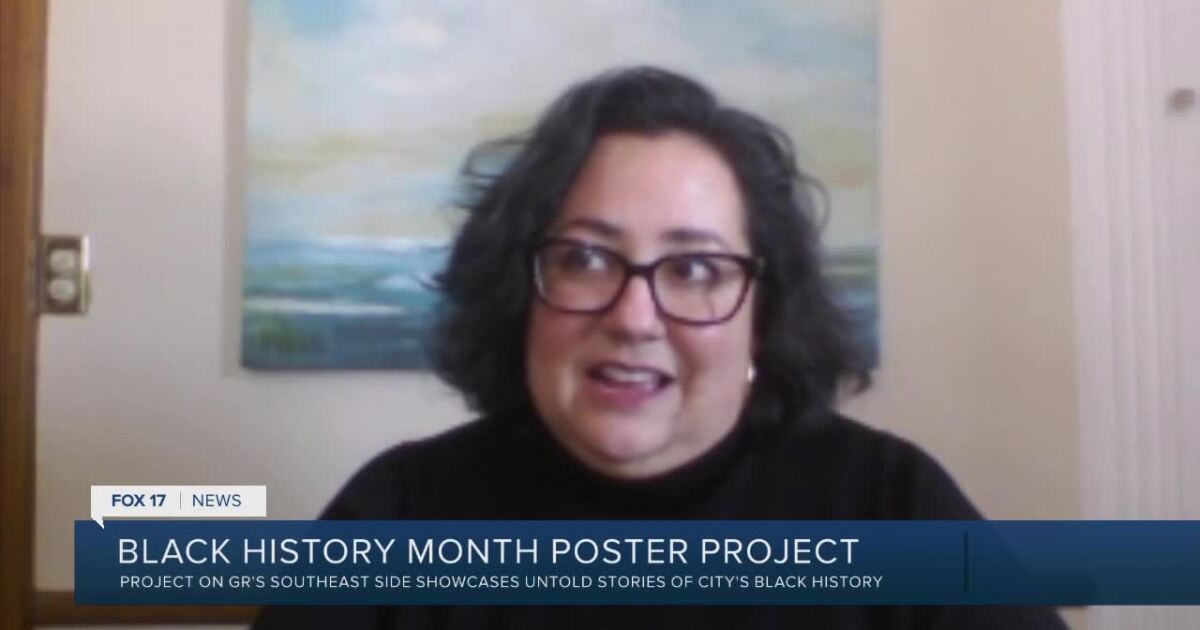 GRAND REPIDS, Michigan. Poster after poster highlights people who were not often talked about in the past city.

The display is part of a project launched by Grand Stand Pictures, run by GR MiFi, as part of Black History Month to help identify colored people who have contributed to the development of the area.

Every day in February, a poster is posted depicting a lesser-known black man who helped shape Western Michigan.

“These are stories about … George Smith. [He] it was such an incredible story, ”said Rodney Brown, co-owner of Grand Stand Pictures. «[He] managed the state newspaper in Grand Rapids, served as secretary of the local NAACP, was a printer.

The characters are partly selected from the book “City in the City”.

“Our history really informs about our present, and knowing our history is so important for understanding where we are, how we got here and what we can do,” said Shannon Jamal-Hollemans, who compiled each profile.

Dave Benoit, a local artist, brought to life each of the people represented through his work.

“It gives an extra step to be able to connect with someone and use your imagination,” Benoit said.

Haynes Hurd called it a simple strategy that strengthens the city’s neglected ties to make freedom and equality a reality.

“It is important to be able to preserve our heritage, be proud of where we come from, but also use what we know about people who have faced some of the struggles we continue to face today and use it to our advantage,” he said. Haynes Hurd.

A way to change other stories on display.

“How many campaigns are there for local heroes and heroes who are black?” Brown asked.

Grand Stand Pictures plans to sell a limited edition of each print. To buy it or sponsor a project, click here.