The Pope (yes, that Pope) has a message for Deloitte: people are more than profits 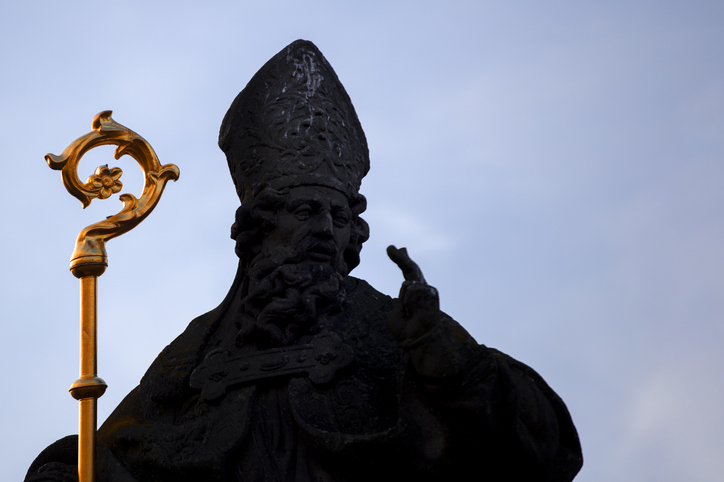 So, apparently Pope Francis met with a whole room of Deloitte consultants in the Vatican yesterday? And in his address, the Holy Father told them that business has the power to help suffering people and help solve crises around the world, including pandemics and wars. As if there wasn’t enough pressure on the people at the Big 4 firms, they now have to solve pandemics and wars with only Excel and PowerPoint as tools.

The Pope thanked them for their visit and work, before turning their attention to the many challenges plaguing the world, and suggested three ways they could contribute to a more humane, just and fraternal world.

His first suggestion is to “always be aware that you can leave a mark.” Obviously, the hope here is that honesty and positivity are the hallmarks of these consultants. “You know your ‘power’ well,” he said. “This must be constantly accompanied by a desire to direct one’s analysis and proposals to choices that correspond to the paradigm of holistic ecology.”

Second, they will “assume and fulfill your cultural responsibility, which also comes from your wealth of intelligence and connections.”

The Pope went on to talk about how the world has experienced serious and protracted crises that have largely happened one after the other without much resolution in between. “We didn’t have time to deal with the financial crisis of 2007 before we had to face the crisis of sovereign debt and the real economy, and then the pandemic and the war in Ukraine with all its global consequences and threats,” he said.

He then took the blame and reminded the consultants that at the end of the day, there was nothing noble about what they were doing. OK, maybe his comments weren’t that harsh, but he did highlight inequality around the world and the role of professional services firms and their clients in that:

While the daily life of one part of humanity has improved, he noted, another part has suffered from “bad faith choices” and “became the main victim of some kind of counter-development.”

“What can professional consultants do in this difficult and uncertain situation? They can do a lot by organizing their analysis and proposals with a holistic perspective and vision.”

“Modern consultants, aware of their role, are called to propose and discuss new directions for new challenges.”

He pointed out that they must adopt and propose policies that also contribute to the improvement of the quality of life around the world and put first the integral well-being of the whole person and each person.

“No profit is legitimate unless it serves the purpose of the integral advancement of the human person, the universal purpose of goods, the benefit of the poor, and, we may add, the care of our common home,” he said.

After a few closing words, he thanked them for the meeting, expressed good wishes for their work and blessed them, their families, especially children, the sick and the elderly. Then he dropped the microphone and dove. I made that last part up, but it would have been appropriate after that wild monologue, let’s be real.

On the topic: Another year, another Deloitte revenue record in 2022

Have something to add to this story? Let us scream email, Twitteror text/call the tip line at 202-505-8885. As always, all tips are anonymous.