‘The Paris Bookseller’: a woman who took over censorship in the US – and won 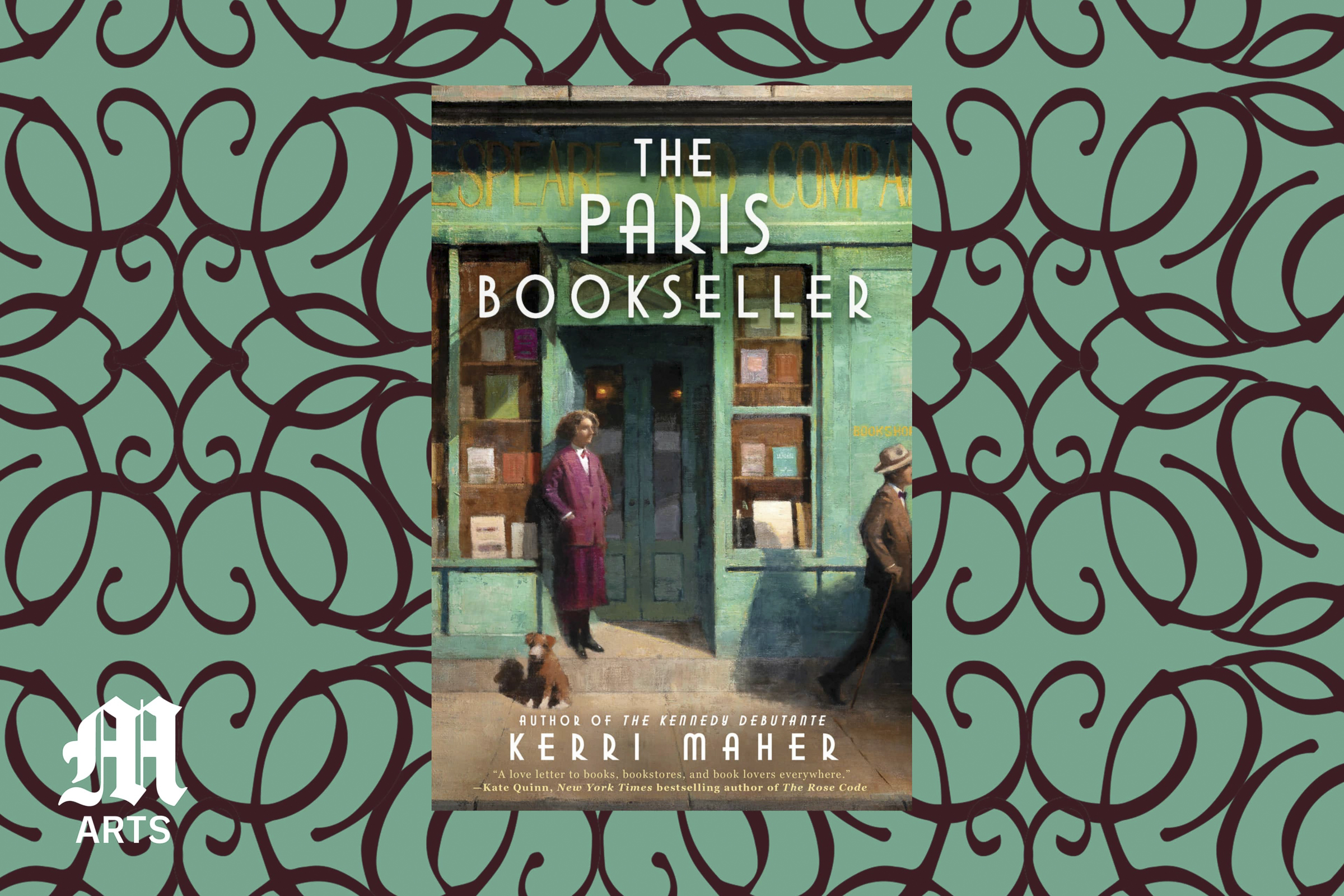 Paris, 1917 – an era of bold artistic pursuits, fashionable intellectual scene, excesses after the First World War and a thriving queer culture. This is all included Sylvia BeachA 30-year-old American woman who wants to finally make something of herself in the city of light. When she arrives at a bookstore in the Latin Quarter, she expects neither to fall in love with the store owner nor to absorb her circle of influential French authors and intellectuals. And Sylvia, of course, does not expect to become one of the most beautiful women of her time, struggling with US government censorship of literature and owning one of the most famous bookstores in the world. Carrie Macher, a Parisian bookseller, tells the fictional story of this beautiful woman through the most exciting – and turbulent – years of her life.

The beginning of this book is no merit to the rest. This is best remembered in hindsight when you understand the history and the small first chapters that try to set up the literary world. Sylvia’s character is hurried and half-formed; for example, she moved from New Jersey to Paris, where she longed to return from adolescence, and yet a few months later she signed up for a year as a volunteer on a Serbian farm. She allegedly leaves Paris to escape her feelings for the owner of the bookstore Adrienne, who has a long-term partner, but it never became clear why Sylvia suddenly fell in love. Others describe Adrienne as charming, but Adrienne herself is given only a few lines of dialogue to prove that she deserves this worship. She is not – at least not the unhappy love that drives someone out of the country to a Serbian village.

Forty pages later you still have no idea who Sylvia really is and why she makes the decisions she makes. You do, however, feel that Adrienne’s lover probably wasn’t that important to her, given how little Adrienne mourns her when she dies, and how quickly she develops feelings for Sylvia. Everything happens suddenly, vicissitudes without emotional depth and forced romance.

Once you delve into the essence of the story, you realize that these chapters are just a prelude to a true story and serve only to tell you what you need to understand the rest. The strategy makes sense from a logistical point of view, but it creates a difficult start.

All that said, the rest of the book is beautiful.

Some of the biggest names in English literature come to life in Sylvia (Ernest Hemingway, James Joyce, F. Scott Fitzgerald and the like). From public readings at the Adrienne bookstore to wild nights in Parisian clubs, high society lunches to heated debates about artistic movements and the law, we can look into the (fictionalized) lives of Lost Generation writers who will further change the literary world. Seeing them not as heroic geniuses but as human beings – the rivalry between Hemingway and Fitzgerald, Joyce’s health problems and alcoholism, Hemingway’s many failed romantic ventures – has enriched my understanding of their work.

This is especially true of Joyce’s “Ulysses,” which is the book’s central conflict. In the 1920s, America was in crisis censorship (one of many in its history). The New York Society Against Defectsled by John Sumner was given the legal authority to search, confiscate and arrest the New York State government. Sumner expressed a particular problem with “Ulysses”, which was written in a controversial new style, which focused on telling the whole truth of the daily life of the character, every intimate detail and unfiltered moment – even when it came to so-called obscenity topics such as masturbation, which eventually led to the novel being sued. This work had a huge impact on contemporary and future writers, including other greats like Virginia Woolf, but she faced years of censorship and legal issues. Sylvia saved him from censorship and as a result of uncertainty through great personal sacrifice, however, the general public has never given it due credit – neither in history nor in real life.

Women (as they too often still are) were not considered stupid or, worse, completely unimportant. In the legal battles against censorship and plagiarism, Sylvia was removed from the post of secretary, despite playing the second most important role (after Joyce) in the conception of this book. She alone agreed to publish it against the law; she alone organized the Herculean effort it took to disassemble and recruit his doodles; she alone persecuted his former lawyer for lost pages; she alone raised money to pay for the press. Not to mention the efforts of three women arrested and prosecuted for distributing it (two editors who published it as a periodical in his magazine and one bookstore owner who distributed it), or a woman who financially supported his work from year to year, or a woman – Joyce’s partner – who raised his children so he could focus on writing . When we think of the great achievements of men, we often forget that they are also women. Maher is determined to make us remember.

“Parisian bookseller” will be filled with famous names, legal intrigues and dramatic fights between friends, family and strangers. However, it is also, in fact, a very human story that is deeply aware of how good people can be in such disputes with each other, and how we love, use and neglect each other.

There is a real development of character that spans the years, that perfectly embodies how life feels so often – it’s the combination of grief, nostalgia and growth that determines change. Twenty years pass: friends travel, couples divorce, and the city you live in is transformed from new to familiar to new as the world develops around you. The changes that are taking place in Sylvia’s life are sometimes great and grandiose, but sometimes they are so subtle that you suddenly wonder: how did we get here? How is everything so different than it was?

Closing this book, I was filled with a sense of longing – longing for the same well-lived life as in Sylvia. Her life is not always hopeful; not everything turns out as planned, and the pain is felt much more than anyone would like (as it happens in most lives). But Maher highlighted a figure more important than anyone to give her credit, this woman who just wanted to have a small bookstore in Paris.

You can contact the writer of daily art Brenna Goss at bregoss@umich.edu.

Post ‘The Paris Bookseller’: a woman who took over censorship in the US – and won appeared first on Michigan Daily.