The NCAA Regional Hockey Competition is set to take No. 1 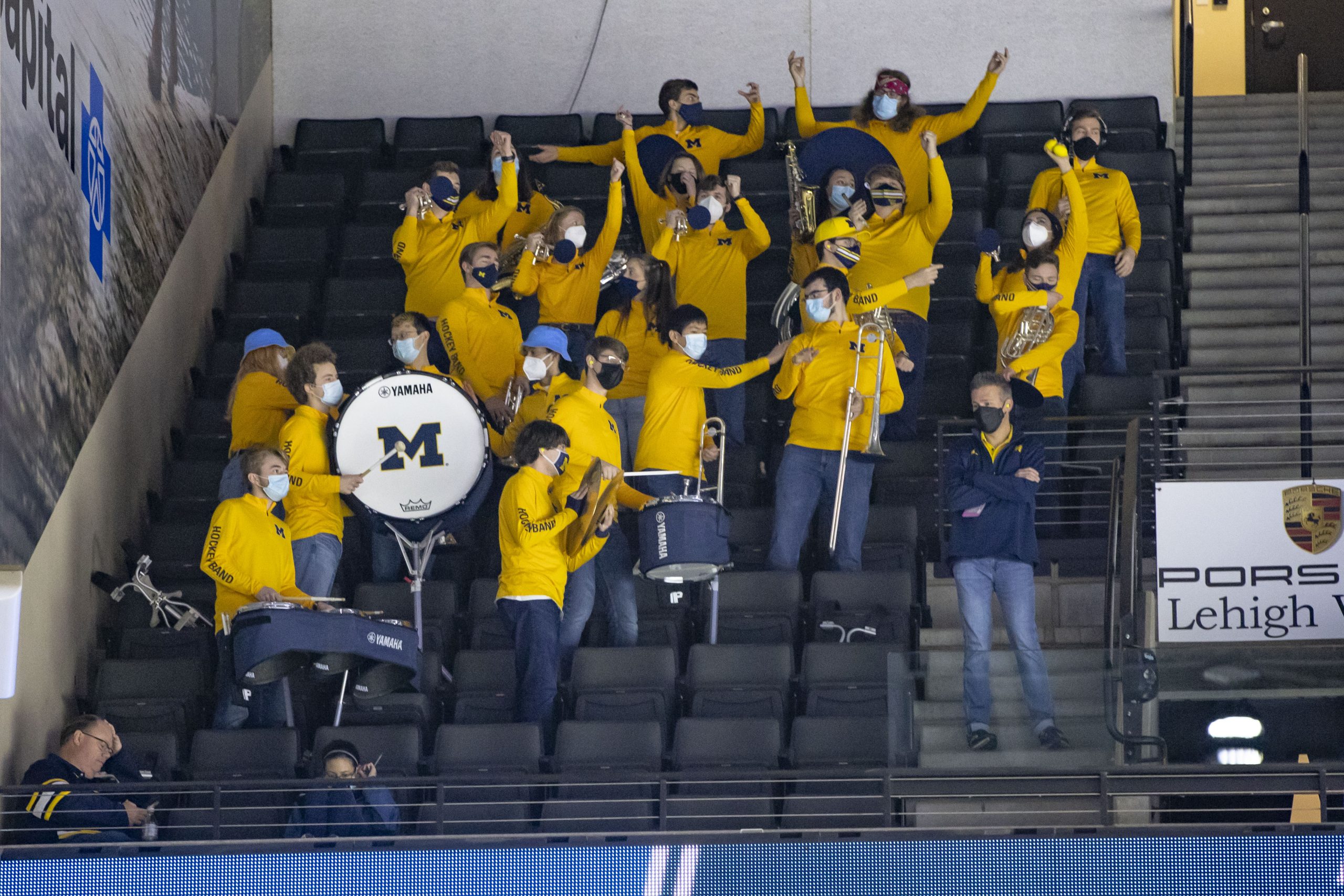 ALENTOWN, Pennsylvania – COVID restrictions seemed to be back.

As Michigan’s No. 1 hockey team battled for the season against American International in the NCAA Tournament game, a small crowd gathered to take part in the game. In the process, they proved how broken the current regional system is.

Theoretically neutral sites should give each team involved an equal chance of winning the game. This takes the crowd out of the equation and ensures that every opponent has to deal with travel difficulties. However in this deal the smaller schools are pulling a short straw.

This is the case with the AIC, a school with about 1,300 students. The entire student body could fill the Yost Ice Arena almost five times. The Yellowjackets hockey budget certainly pales in comparison to any of Wolverine’s university sports, and this limits the extra support they can give to their hockey team – in everything from fan support to asset recruitment.

And it’s visible on the ice.

Asked about the success of forward Blake Bennett, AIC coach Eric Lang noted how different the realities are for each program.

“We don’t have a lot of guys who look like those guys out there (in Michigan),” Lang said. “… After all, not many of our guys are recruited at the University of Michigan.”

But against such a terrible opponent – the number one team in the country – came out to play “Yellow Jackets”. In the first break, they were only one goal behind Wolverine and kept their distance all the way. Poor discipline and concentration nearly cost Michigan a boost in a few moments, and AIC has always been at it.

Despite all this drama, the crowd lacked almost the whole atmosphere.

This is unacceptable given the performance of the “Yellow Jackets”. It was such a bold demonstration that could turn sets into a small school to compete with larger markets. It was the game that enhances the school’s visibility in D-1 sports. It was a story of losers who could grow hockey in college.

But in front of an empty crowd it all didn’t matter. Moving regionals to campuses could solve this problem.

“If you look at some of the teams and crowds that have been (hosting) in these buildings … it’s a great experience for student athletes, and that’s what you’re looking for,” Michigan coach Mel Pearson said. “And it’s a shame to look around the games and see the crowd.”

These crowds are a privilege for athletes who have earned their place in the NCAA tournament, and to send them in front of such a small crowd is a slap in the face.

Giving privileges to hosting number 1 solves this problem and they deserve this right if they deserve this title. Opponents will have to put up with their hostile crowds, of course, but at least someone is watching.

In large areas of the game on Friday AIC went to each other with a juggernaut and held on. And because of the NCAA’s logistical decisions, only a small group was able to feel it.

It is impossible to work out a perfect solution for a regional site because teams do not exist in a bubble and someone will gain an advantage in any outcome. But larger crowds can help smaller schools sell their success in college hockey.

For the growth of university hockey, for justice, for agriculture:

Seed No. 1 must be taken by the regionals.