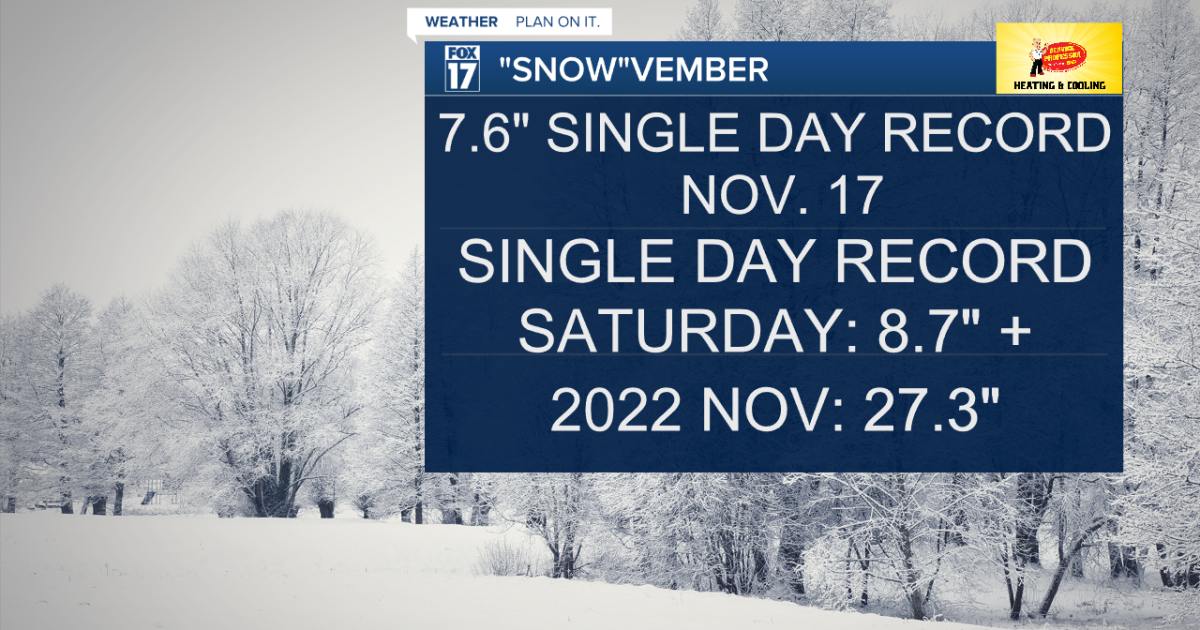 WEST MICHIGAN — After days of around-the-clock snow, we’re finally seeing the showers taper off. As they decrease, snowfall totals are tallied across West Michigan.

Snowfall broke single-day records on both Thursday, November 17th and Saturday, November 19th. The National Weather Service in Grand Rapids reported 7.6 inches on Thursday, beating the previous record of 7.1 inches in 1989. Saturday’s GRR reached 8.7, up from 4.3 in 1969. Saturday’s 8.7″ was the 5th highest single day snowfall in November.

When it comes to the most three-day snowfall totals in November, we have the 3rd highest snowfall total at 23.3″. The two times we’ve achieved higher totals were in December 2001.

If you’ve noticed that we don’t get much sun, you’re absolutely right. We also got 1% of possible sunshine over the last four days.

We are in for a much warmer, dare I say, thaw next week. This will likely melt some of the snow we have accumulated and temps will climb into the mid to lower 40s.