The Michigan redistribution panel finished the cards a month ago. Why is it still found? 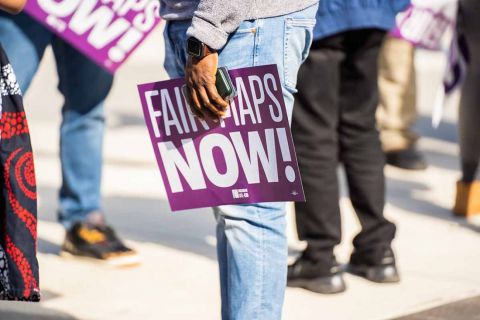 The Michigan Independent Citizens’ Commission was set up after overwhelming majority voters supported an amendment to the constitution that changed the state’s boundaries for Congress and state legislatures.

A previous process in which a majority party in the Michigan Legislature nominated constituencies each decade after a decade-long census has led to some of the brightest constituencies in the country.

Constitutional Amendment states that “the term of the commissioners ends as soon as the commission fulfills its obligations under the census cycle, but not before the trial of the census plan is completed.”

There are now two lawsuits against the cards, which were approved in December by the Michigan Independent Citizens Transformation Commission.

A simple reading of the constitution might suggest that once these trials are resolved, the commission’s work will be over, but some commissioners say it is not so clear.

The cards are expected to take effect later this month, but legal issues may take months to resolve. And in the next few years there may be more legal issues.

The old districts, approved in 2011, were challenged in federal court The League of Women Voters in 2017 and the case dragged on for 2019.

The issue has resonated in recent weeks as commissioners voted to raise their salaries by 7 percent to nearly $ 59,650, and a 13-member commission asked its legal team to advise them on whether to adjourn.

Nancy Wang, executive director of Voters, Not Politicians, the group that initiated the constitutional amendment, said in a text message to Bridge Michigan that the amendment should be interpreted by the commission’s lawyers.

“It is impossible to answer or even analyze questions about a hypothetical mid-cycle trial without knowing the problems, the parties, or the exact timing that will affect such an analysis,” Wang said.

Rebecca Shetella, chair of the Michigan Independent Citizens Transformation Commission, told Bridge Michigan that “it seems more likely that the commission should be dissolved rather than just continue its activities for the next nine years continuously.”

“It doesn’t make much sense to me.”

She said she believes the legal opinion should shed light on the issue and clarify the commission’s next steps.

“It’s a concern that if we disband, and then the call comes in two years, will we have those nine immediately that we need to take action?” Settel said, citing the fact that the constitution requires at least nine members to be present to have a quorum.