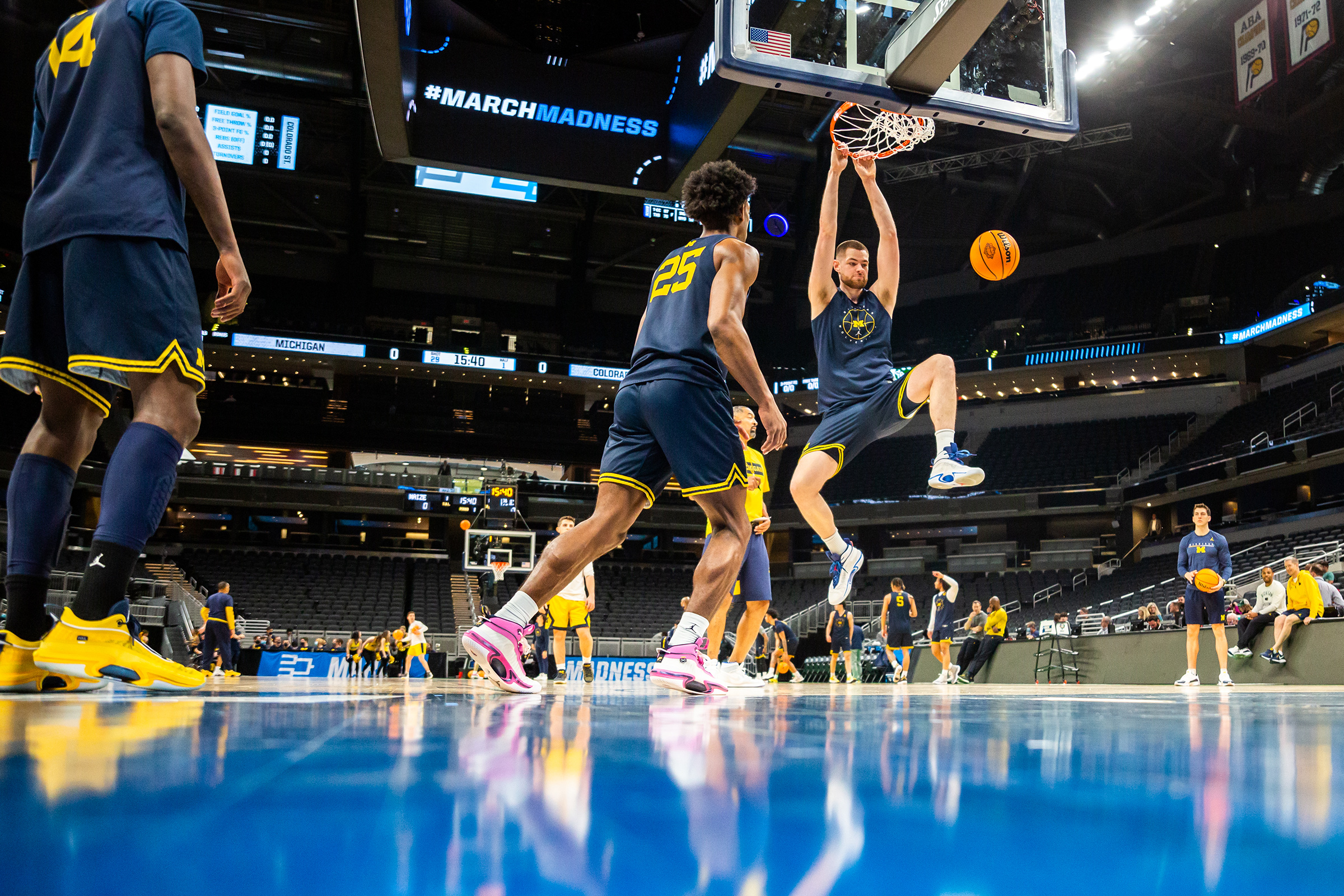 After a tough season, Michigan’s men’s basketball team finished 11th in the NCAA tournament. On Thursday, “Wolverines” will play with Colorado at number 6 and start in the 1/84 finals of Big Dance. Here’s how Michigan has historically believed based on its crops:

Will Wolverine’s fate match what the numbers dictate, or will they be able to surpass the achievements of similar Michigan teams from the past? The Daily Men’s Basketball Beat predicts the outcome of the first weekend of March madness:

Jack Kingsley: Defeat in the 1/8 finals

I choose this because Michigan will certainly continue to alternate victories and defeats. Even the absence of certified bodyguard Devante Jones, at least in the 1/8 finals can’t stop the inevitable. But since I’m “covering the team,” I’m told I have to give a better reason than that. The state of Colorado is short, and Wolverines should be able to use it even without their starting guard. However, assuming Tennessee will beat Longwood on Thursday, this applies to Michigan. Tennessee is seeded No. 3, and the SEC tournament champions are playing as one of the best teams in the country lately. Even if Jones returns, the Suppressed Volunteers ’defense will deliver Wolverine challenges throughout the game, sending them home to the 1/8 finals.

Josh Taubman: Defeat in the 1/8 finals

The trend of wins / losses should continue, it’s just fate. But also, I think Michigan is superior to Colorado because the Rams don’t have a real size to fight center-runner Hunter Dickinson. If Dickinson takes action, the Wolverines can make an offensive, and I think they’re giving Colorado a look they haven’t seen all year in the mountainous West. However, I think 1/8 of the final is the end of the line. № Tennessee is hot, and if you don’t allow a staggering loss to Longwood fans, volunteers will wait for Michigan in the 1/8 finals to finish their dance – I think with relative ease.

Nick Table: Defeat in the 1/8 finals

I will ignore the alternation of Wolverine wins / losses for the sake of integrity in this election. Either way, I think Michigan will win on Thursday. Wolverines are much taller than Rams – whose highest-ranked player in their rotation is 6 feet 10 and highest-ranked starter – 6 feet 8 – and should be able to taunt them with a combination of Dickinson and freshman forward Musa Diabat. I know Michigan is without Jones; I know that David Roddy from Colorado is, to put it mildly, a unit. I still don’t think it matters. I expect that in the 1/8 finals “Wolverines” will play with “Tennessee”, “seeded” at number 3, a team that I believe deserved two crops. Volunteers are too good a basketball team for Michigan to overcome.

Spencer Raines: Defeat in the 1/8 finals

Michigan should win if you consult their record of alternate wins and losses over the last month. But the fact is that without Jones Wolverine has no great chance. Michigan needs a second scoring option if it wants to keep up with one of the country’s best crimes in Colorado. I think Roddy and Rams will just be too numerous and Wolverine’s season will end unceremoniously.