The mayor of Kiev is proud of the spirit of the townspeople, cares about the future 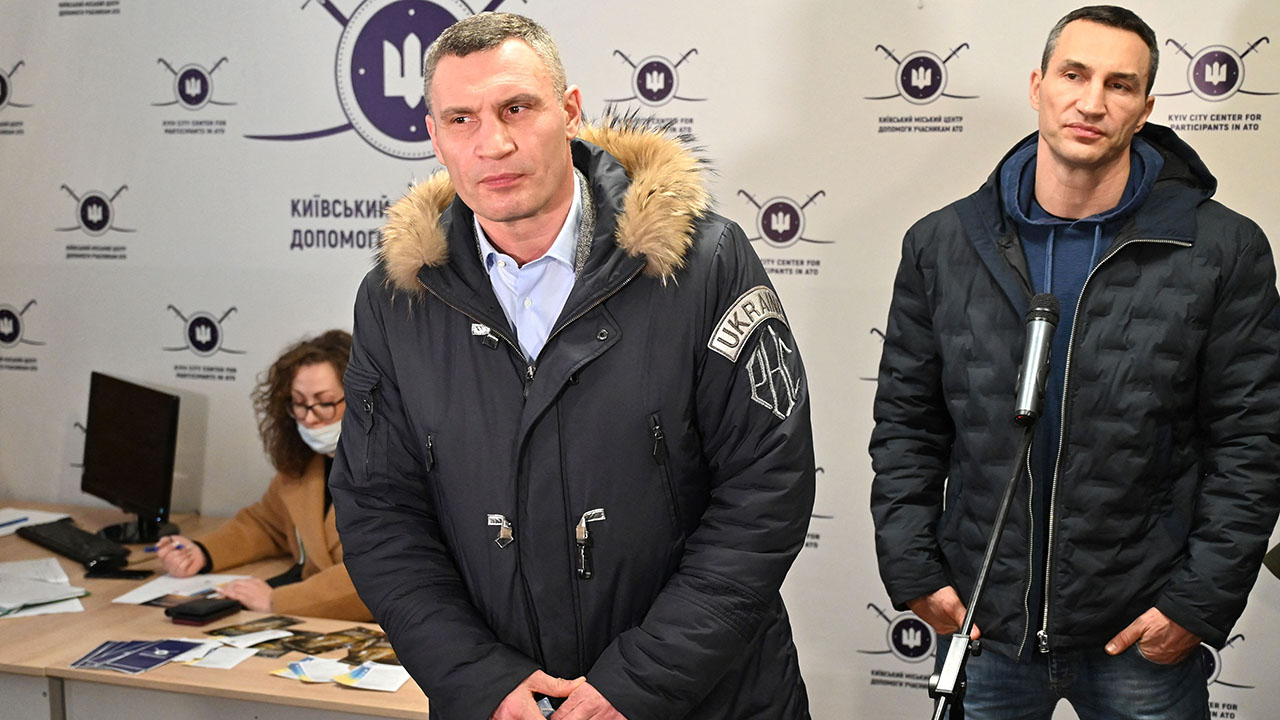 KIU, UKRAINE (AP) – As Russian troops approach the Ukrainian capital, Kyiv’s mayor is proud of the spirit of his citizens, but worries about how long they may last.

In an interview with The Associated Press on Sunday, after a grueling night of Russian attacks on the outskirts of the city, Mayor Vitali Klitschko was silent for a few seconds when asked if he planned to evacuate civilians if Russian troops managed to capture Kiev.

“We can’t do that because all the roads are blocked,” he said at last. “Now we are surrounded.”

The AP was unable to immediately verify the mayor’s report that Kyiv was surrounded by Russian troops and how wide the area would cover it due to the strict curfew on traffic in the city.

Klitschko himself later refused to make such an assessment, saying in his Telegram channel that “In the evening, Russian online publications disseminated information referring to me that Kyiv was allegedly surrounded and evacuation of people was impossible. … Don’t believe lies! Trust information only from official sources. “

When Russian troops invaded Ukraine on Thursday, the capital, with a population of 2.8 million, initially reacted with concern, but also with some instability. However, nerves began to break when grocery stores closed, and the famous deep subway system turned stations into bomb shelters.

The mayor confirmed to the AP that at the moment in Kiev killed nine civilians, including one child.

The curfew on Klitschko’s orders began around sunset on Saturday and will last until at least 8 a.m. Monday. His order clearly stated that anyone on the street at this time could be considered a saboteur.

“We are hunting for these people, and it will be much easier if no one is on the street,” Klitschko said, saying that six Russian saboteurs were killed on Saturday night.

The advance of Russian troops into the city was slower than many military experts had expected, but Russia’s overall military superiority is well known.

“I just talked to the president (Vladimir Zelensky). Everyone is not feeling well, ”Klitschko said, adding that city officials were shocked but not depressed. “We show our character, our knowledge, our values.”

The last few days have seen long lines of people across the Ukrainian capital, both men and women, waiting to pick up their weapons after authorities decided to distribute weapons freely to anyone willing to defend the city. However, there are fears of arming upset civilians with little military experience amid warnings of Russian saboteurs disguised as Ukrainian police or journalists.

“Honestly, we do not have 100% control,” Klitschko said. “We built this territorial defense (system) in a short time – but these are patriotic people.”

“Now the most important issue is to protect our country,” he added.

Asked about the city’s ability to replenish declining food and medicine supplies, Klitschko’s view, however, has changed.

“We are on the brink of a humanitarian catastrophe,” he said. “Now we have electricity, now our houses have water and heating. But the infrastructure for food and medicine delivery has been destroyed. “

Then, in the same breath, he rallied as the world heavyweight boxing champion he once was.

“Therefore, the message to all is to support Ukraine together – we are strong,” he said. “Every Ukrainian is proud to be independent, proud to be Ukrainian, and we are proud to have our own country.”