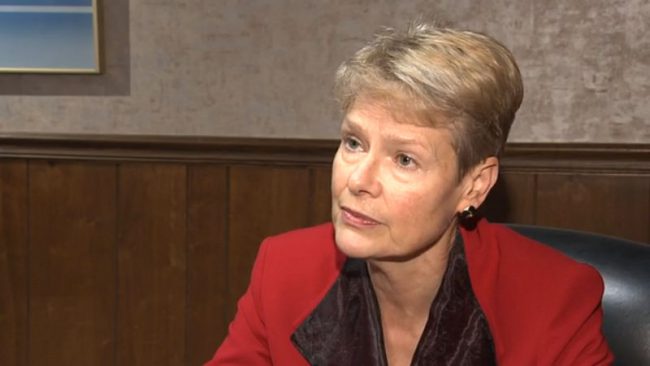 The prosecutor’s resignation will begin on December 31, 2022.

Simon began working with Ingham County in 1983 as an assistant prosecutor.

In a statement, Simone said she now plans to move on to the next phase of her life.

In recent weeks, Ingham County Judge Rosemary Aquilina has too Semyon criticized for plea deals she felt were too lenient.

The judge even reneged on those agreements when it came to sentencing.

Simon said the crises in the US are violence against women, racial inequality and the coronavirus pandemic.

In addition, Simon also received negative attention for his decision not to try two teenage murder suspects as adults in April 2022.

Simone ended her statement by thanking the crowd, saying it was an honor to serve Ingham County.

You can read Carol Simon’s full statement below.

It has been the honor of a lifetime to serve as the Ingham County District Attorney for the past six years. I was first appointed to the office in 1983 as an Assistant District Attorney and then was elected as the Office Manager in 2016. As an assistant and elected district attorney, this has been my home for seventeen years.

Now, at the age of 66, I recognize that there are seasons to everything. I now plan to move on to the next phase of my life, although the memories of this career make it a bittersweet moment. After careful consideration over many months, I am informing Chief District Judge Draganchuk of my imminent retirement effective December 31, 2022.

Since taking over in 2017, it has been a pleasure to support and develop my excellent colleagues who carry out the important day-to-day work in this office. Over the past few years, they have been exposed to many unusual stresses and have consistently risen to any challenge. My pride in their efforts cannot be overstated. I believe that since 2017, the entire judicial system of our country has also faced three fundamental crises – one unexpected, and the other long-term, but never before received due attention.

The Me Too movement brought this nation to a reckoning with violence and inequality against women, and we are still working on it. I originally began working in the prosecutor’s office in 1983 because of a deep commitment to better addressing domestic violence through my volunteer work with the Council on Ending Violent Encounters (now Ending Violent Encounters, EVE). Although much progress has been made, violence against women remains one of the most fundamental problems facing our society. I am delighted that we have been able to use the grant funding to hire an additional assistant prosecutor to focus on intimate partner violence, and we are constantly striving to focus our attention on supporting victims who are particularly vulnerable and marginalized.

Second, addressing the racial disparities that underlie American society: the killing of George Floyd at the hands of the police also brought dramatic relief to the crisis in our courts and justice systems. As a candidate and prosecutor, I have spoken about the need for reform since entering the race in 2016. Once again, the crisis revealed what many have known for a long time: the significant racial inequality that, unfortunately, has always existed in the United States – it is the system and the areas of health care, education, finance and employment. Institutionalized racial disparities create a criminal justice system where, for example, 12% of our population is charged with 40% of crimes. I have worked in the office and across the country and state with organizations such as the Michigan State Attorneys Association, the Vero Institute for Justice, Fair Prosecution, and the Center for Prosecutorial Excellence to reform sentencing practices and address mass incarceration. Although the overall number of those incarcerated has declined significantly, the work continues as racial disparities remain.

Third, the coronavirus pandemic that began in 2020 and has claimed the lives of more than a million Americans has posed an unprecedented challenge to our justice system. We are seeing increases in gun violence, homicides, and domestic violence. In its early stages, Covid relentlessly targeted people of color, urban dwellers, and particularly those who lived and worked in close proximity to others. To control the deadly infection and its rampant spread in the community, our justice system failed to provide a full complement of personal services (particularly jury trials) at a time when violent crime was rising across the country. We are still catching up on a lot of backlog that happened in 2020-21. Although many have been resolved, the delays have created a terrible burden for victims and survivors, as well as for all those involved in the criminal justice system. In the face of these three parallel, intersecting crises, I believe we have made significant progress in reforming the justice system and ensuring a proportionate response to criminal cases. We’ve changed prosecutorial charging and sentencing practices to provide a wider range of options for holding people accountable for the harm they’ve caused, while reducing prison time, continuing to serve victims and expanding services and support. While sentencing and incarceration practices have changed across the state of Michigan, thanks to bipartisan reforms in the Legislature and courts, our office has made significant progress that exceeds statewide trends.

In all of this, we were fortunate to have the hard work and support that made this effort possible, working not only with our office staff, county leaders, and partner agencies, but also with advocates and activists who sought to create change.

I am very grateful to those who have provided this unique opportunity to create change; my real “bosses” to whom I report and who rightfully hold this position before and after my tenure: the people of Ingham County. To the public, I thank you and say that it has been the honor of my life to serve our community.