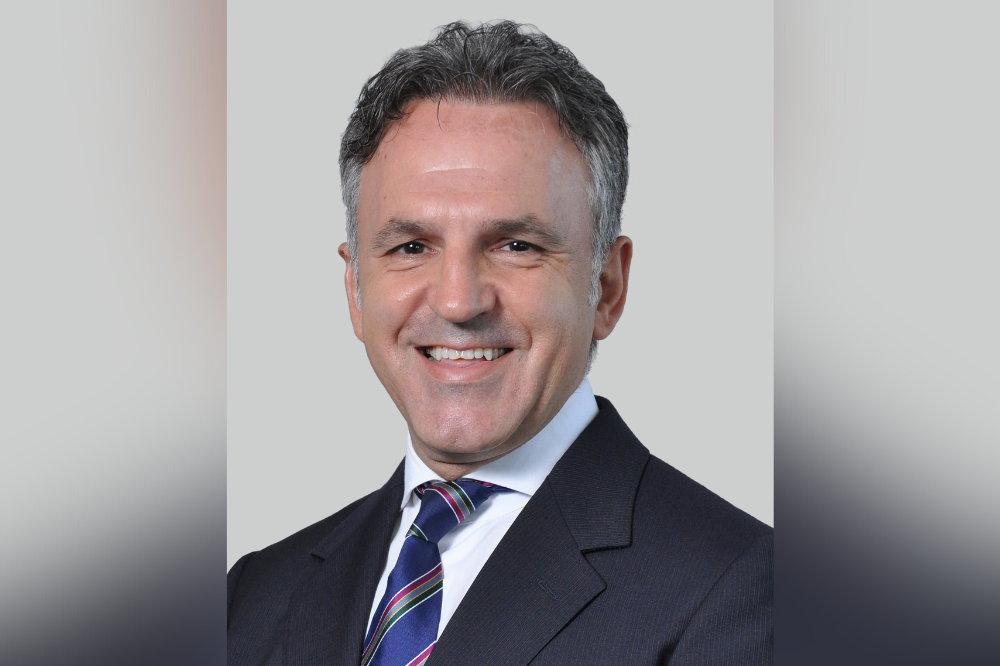 Sign up to watch Dive In 2022 events on demand

“I’ve really been involved in the DE&I conversation since I emigrated from Greece,” he said. “But when I started in law, I wrote about 60 letters of application and got less than the first few interviews, even though I had a double degree in commercial law from the University of Melbourne and half-decent grades.

“The problem was that my applications were landing on the desks of graduate recruitment partners back in 1989 – who were invariably, in the modern phrase, ‘stale, male and pale’ at the time. They were more interested in where I live, what sports I play, what clubs my parents belong to, or what social circles I belong to. And at that time I bombed all these criteria.”

Born in Greece, Goulias and his family arrived by boat in Australia with one suitcase and lived in a side of town he doubts most of the partners who work at these city law firms have ever set foot in. Looking back, he said, he knows he could have taken the easier route of taking a job at a suburban law firm serving the Greek community. But he had bigger dreams and ambitions, fueled by a determination to one day find himself in the city and sit down at the same table with those who seemed to see no further than his origins.

After clearly pursuing it for a while, he was about to give up and go into accountancy instead when he found himself interviewing a partner who had recently arrived in Australia from South Africa to set up a new Melbourne office in prestigious Sydney. firm. The fledgling team saw his potential, he said, and a few years later he became a partner, where he remained with the firm for nearly two decades.

When he came across DLA Piper, he was drawn to the global nature and natural diversity of its team and enjoyed the opportunities his role afforded to work with colleagues around the world. Before their recent move to Melbourne, Goulias and his family spent 11 years in Singapore, he said, motivated not only by his passion for new adventures, but also by his and his wife’s abiding commitment to expanding their family’s DE&I impact.

“I was born in Greece, my wife was born and spent her formative years in Argentina,” he said. “And my three children are now being raised not only in our respective cultures, but also living and breathing the wonderful blend of Chinese, Malay and Indian cultures that Singapore represents, and the unique blend of the expat community that also lives there.

“I’d like to think it’s well-embedded in diversity, equity and inclusion. And I can really see it in the attitudes they show as young people, which I think is especially important for the continued progress we need. [as a society] do in this field.”

Reflecting on his own career to date, Goulios emphasized that even more than his success in building and profitably growing his practice across multiple jurisdictions and practice areas, he is most proud of the work he has done in the DE&I space. At every stage of his career, he said, he championed diverse talent — promotion based on potential rather than mere performance.

Everyone goes through stages that don’t necessarily correlate with a traditional career path, he said, but leaders need to recognize that those paths don’t have to be so rigid. Leaders must be able to identify potential, advocate for it, and support it by helping the individual realize that potential. As someone who has benefited from having another person see that potential in them, he knows the abilities, experiences and insights that can be lost when managers and employers take a rigid approach to talent recognition.

“For me, one of the biggest success stories is the contribution that hard-working families like mine have made to Australia and that my own children today wear their ethnic and diverse backgrounds as a badge of pride,” he said. “Because growing up, I didn’t wear that proud badge of my ethnicity, to be honest. You lived a double life. You went to school and you were one person, and then you came home and you were a different person. And you didn’t want those lives to mix.

“For my children to be proud of their mixed heritage is fantastic. And while there’s still a long way to go, it’s gratifying to see the increasingly diverse voice that migrants have helped shape in this country. The same goes for workplaces – diversity, equality and inclusion are, I believe, very important components of any modern, prosperous and successful workplace. But it will take time, and it requires the right representative leadership and constant messaging.”

Having leaders with lived experience of diversity is critical to opening up further conversations about this important topic, he said, because it gives those conversations depth and credibility. When it comes to DE&I trailblazers, the world needs as many as possible to truly redefine and redefine what it takes to succeed in a professional services career. This is why the Dive In Festival and the forum it creates are so important – because they continue to offer everyone an opportunity to reflect on this topic.

“And it gets people to act as well as think, which I think is especially important because the pace has been slow,” he said. “But the conversation has definitely moved on during my career, and it’s moving in the right direction. And going back to my early days, I have had the privilege of being at the epicenter of the insurance industry that is London, right from the beginning of my career.

“But the change in attitude towards Ladz culture known at that time was obvious. I think from an industry perspective, the focus and focus that Dive In has given as a leading voice to that conversation has been particularly influential and has had a significant impact.”

Sign up to watch Dive In 2022 events on demand