The game is coming, but first enjoy the spectacle 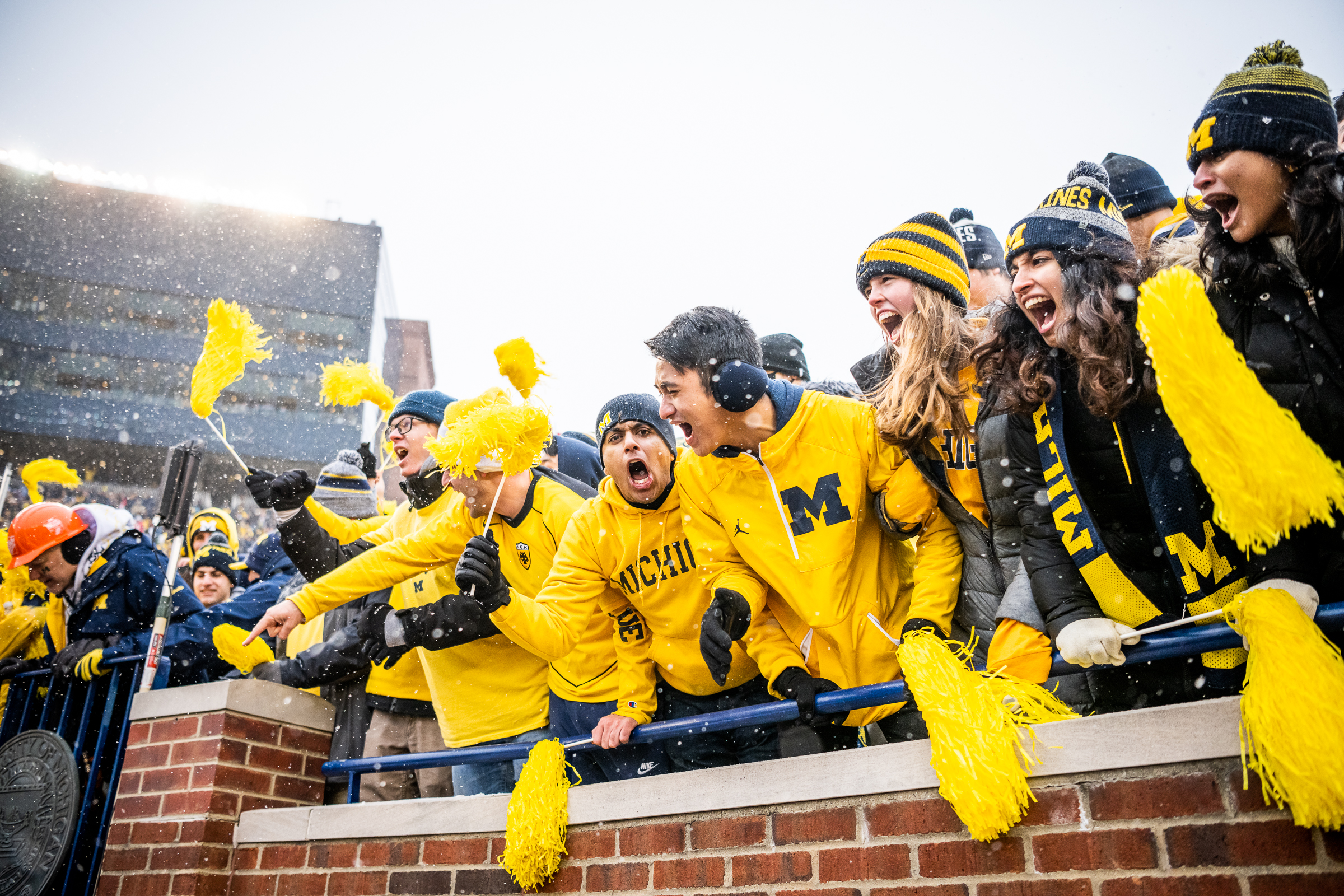 Or maybe it’s Disney World, or the last day of school, or a snow day.

It feels like you’re a kid again, and everything you’ve been waiting for is here, and it’s the best version possible.

Both teams are undefeated — a perfect 11-0 — as the third-ranked Wolverines head into Columbus with fervent hopes of upending No. 2 Ohio State’s season for the second year in a row. Both teams come in unbeaten for the first time since 2006 and it really looks like it’s a game for everyone. A lot is on the line: a spot in the Big Ten Championship, a berth in the College Football Playoff, and what somehow seems more important than anything else, bragging rights.

Each year, the Game is the most important Saturday on the Michigan football team’s schedule. It determines the tenure of coaches, cements legacies and shapes history. And now, when there are only a few hours left until the start and nothing stands in the way, it’s here.

It’s a classic waiting to happen, perfectly gift-wrapped with a colorful bow on top, waiting to be ripped open on a Saturday afternoon.

But there’s a five-day wait before we can open it — and there’s no reason not to appreciate them.

“I mean, that’s what we’ve been trying to do all year,” graduate receiver Ronnie Bell said after Saturday’s two-point win over Illinois. “11-0 to get there, now just play the game. And that’s all we wanted.”

It’s really all that any of us wanted.

Two undefeated with nothing but each other in their way is perfect; It plays out more like a Hollywood script than a college football season. There is agony in defeat and joy in victory. There is good and evil depending on your commitment.

But a script can’t be without drama, and just two days ago we almost lost the plot.

Michigan was one fourth-down conversion, or one ridiculous punt, away from a loss — spoiling its perfect record. All it took was a successful Fighting Illini drive or defensive stop to send the Wolverines into The Game shaken and scarred.

Hours later, Ohio State nearly suffered the same fate. Maryland was down by six points late in the fourth quarter. Fate, for all intents and purposes, was in the hands of football-shaped quarterback Tua Tagavailoa. Tagovailoa did not return, instead making the Buckeyes the 6th pick. They also stayed healthy and entered this week perfect.

A loss to either team would take the shine off it like a gem dropped in the dirt. It’s still going to be a gem, sure, but it lacks the sparkle to grab your attention. The Big Ten Championship Game and the College Football Playoff will still be on the line, but not perfection.

Instead, we can chalk it up to the suspense created by mythic writers all along – just teasing us that we might be missing out on something so exciting. After all, what is a script without conflict?

But now we have it. For the first time in 16 years, Michigan and Ohio State entered this week undefeated. Last time we got the Game of the Century, an intense event that did nothing but deliver. Only the possibility of such a sight is a reason to rejoice.

Because this week, all the best parts of The Game are still possible. Both teams can win. Anyone hoping for a Heisman could get their moment. Michigan can end its drought in Columbus as it enters a new era. The parties can make up for last year’s loss, which is baffling by their standards. From a last-second win to a one-sided blowout, anything is possible.

This box with a bow could have contained anything.

But like when a child opens presents, when the wrapping paper is torn and thrown on the floor and everything is revealed, it may not be exactly what you wanted. It might not be the dream win you were hoping for, or the double overtime fireworks from kick-off to the final whistle.

Perhaps the best part of opening presents isn’t the object itself—it’s the anticipation, the unknown, the summation. That’s why we wrap them. So enjoy the pomp and build-up, the predictions and hopes and all the palpable excitement before the Game.

Because this week is a gift.