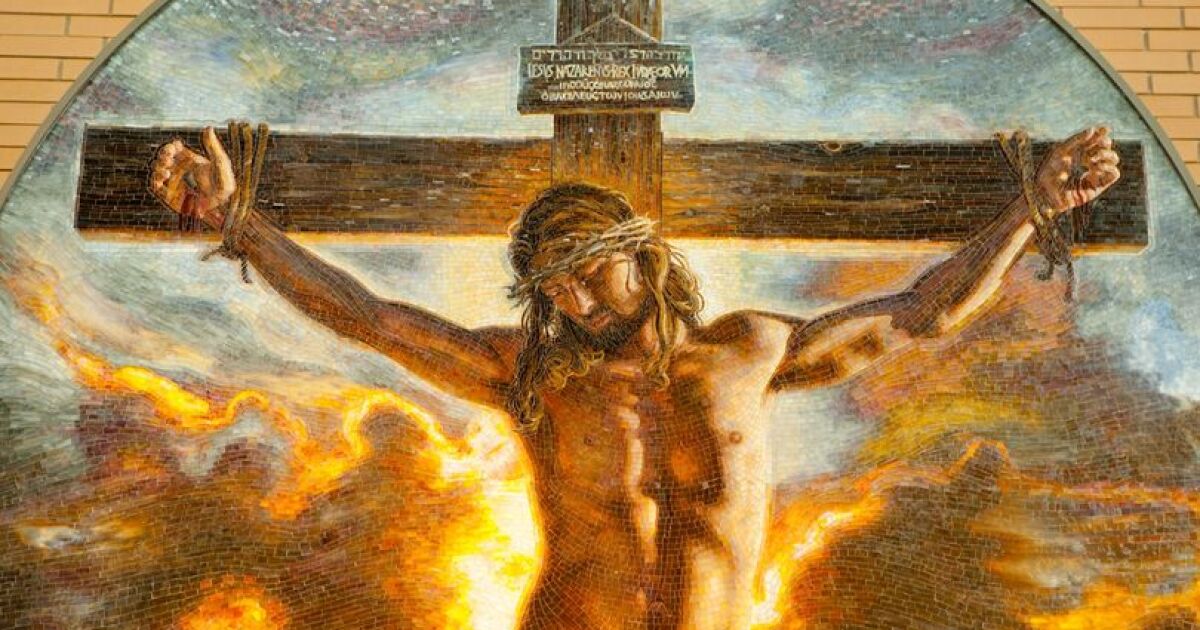 GRAND REPIDS, Michigan – the winning piece of ArtPrize 2011 is donated to the Diocese of Grand Rapids.

Crucifixion was created by Mia Tavanati and was originally made for St. Killian Catholic Church in Orange County, California. The work is now being transferred to the Diocese of Grand Rapids.

“Creatively reflects the central event of our faith – Jesus Christ died to save us. What a beautiful way to remember this gift and sacrifice every day, ”said Michael Lowen, diocesan chancellor and chief financial officer. “We are grateful to ArtPrize management for making this donation.”

The work was not installed in St. Killian due to delays in construction, which led Tavanati to participate in the 2011 ArtPrize competition. Crucifixion won the Grand Prix of the public vote of $ 250,000.

The new home for the 2011 ArtPrize winner will be Cathedral Square Center on 360 Division Ave. S. in the Grand Rapids.

“The crucifixion of Mia Tavanati is one of the most popular Grand Prix winners,” said Rick DeVos, founder of ArtPrize. “We are delighted that the diocese will give this wonderful work of art a permanent home for the residents and guests of Grand Rapids.”

ArtPrize reports that Crucifixion will be installed by June 2022.