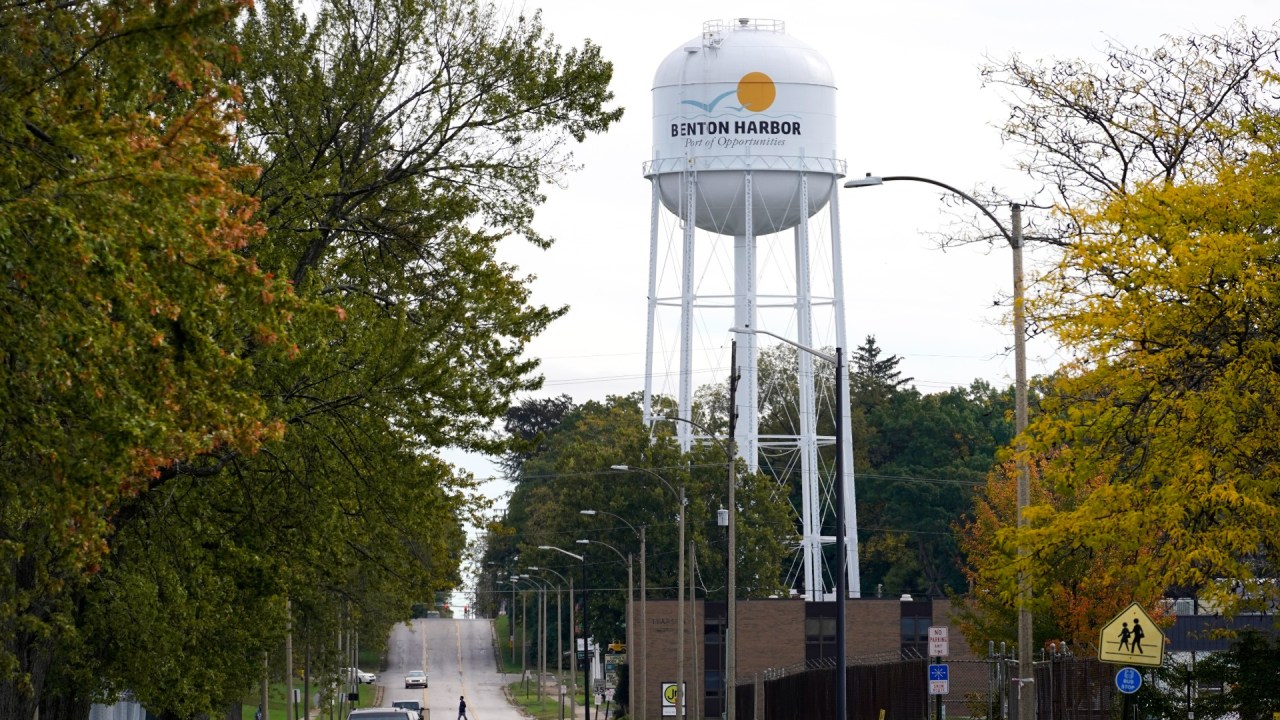 ST. LOUIS (AP) – Filters distributed in Benton Harbor, Michigan, during the recent lead water crisis, worked properly, according to a study conducted by government officials, to provide assurances to residents.

Michigan officials said the study was conducted “with great caution” after residents and defenders of Benton Harbor condemned the state’s slow response to the city’s lead problem and demanded more aggressive action – including filtering.

“We have found that properly operated filters have been successful in significantly and consistently reducing lead,” said Terra Fong, director of the U.S. Environmental Protection Agency’s water division in a region that includes Michigan.

But Fong noted that the agency also found that filters were in many cases not used properly and that public outreach could help solve the problem.

The filters were distributed in early 2019 after tests revealed high levels of lead in Benton Harbor tap water. After rising lead levels persisted, residents and activists expressed concern that the city, which is largely black, is being ignored even after the Flint crisis. Soon, officials promised tougher corrective action, including a study of the filters.

A study released Thursday by the EPA found that all samples from nearly 200 homes with properly used pitcher and faucet filters had low levels of lead that complied with federal guidelines. Lead was not detected in the vast majority of samples.

Filters that have been distributed in Benton Harbor are certified to reduce lead, unlike many standard home water filters, and should be used with cold water. The filter cartridges need to be replaced after the expiration date.

Michigan officials said the latest tests show lead’s levels city ​​tap water are within federal thresholds and that there are no other pollution problems. But they said the state will continue to provide free bottled water until work on replacing major city service lines is completed by spring 2023.

Exposure to lead is a concern because of health problems it can cause, especially in young children who may face problems including slowing cognitive development.

Filters have also been part of the response to water crises in other cities and are important because they allow residents to continue to use water in their homes instead of hauling bottled water cases home.

But Ben Pawley, chairman of one of the organizations that signed the petition in Benton Harbor and an activist during the Flint crisis, said filters should not be used as an excuse to stop the spread of bottled water, which some people prefer.

Elin Warne Betanzo of consulting firm Safe Water Engineering said last year in Benton Harbor there was no evidence of poor filter performance, but a “lack of data”. When deficiencies outside of lead were found at the city’s plumbing plant, she raised questions about the effectiveness of the filters and advocated responding to bottled water.

Concerns about filters have also become a problem in Newark, New Jersey. Although the vast majority of filters worked properly during the crisis in the city, confidence in them was undermined after officials initially said they were unreliable based on few results, said Jenny M. Purchase, who researched water filters at Virginia Technology Center and now operates at Washington Waterworks.

Purchase said cities should conduct research before distributing filters and explain that no device is perfect, but they are usually very effective.

Darren Lightl, a lead scientist with the EPA’s Office of Research and Development, also noted that water chemistry in Newark is different from Benton Harbor, making filter problems in Benton Harbor less likely. Government officials said a study would be conducted in October to confirm this.

However, the decision to temporarily halt the proliferation of filters in Benton Harbor could undermine credibility, said Sri Vedachalam, who heads the water program at the Center for Environmental Policy Innovation.

Mark A. Edwards, a water purification researcher at the Virginia Technology Center, said officials providing bottled water during the lead crisis is a political decision. He said filters are very reliable when removing lead, and that relying on bottled water can be expensive and inconvenient.

“Once communities get bottled water, it becomes a habit and hard to get rid of,” he said.