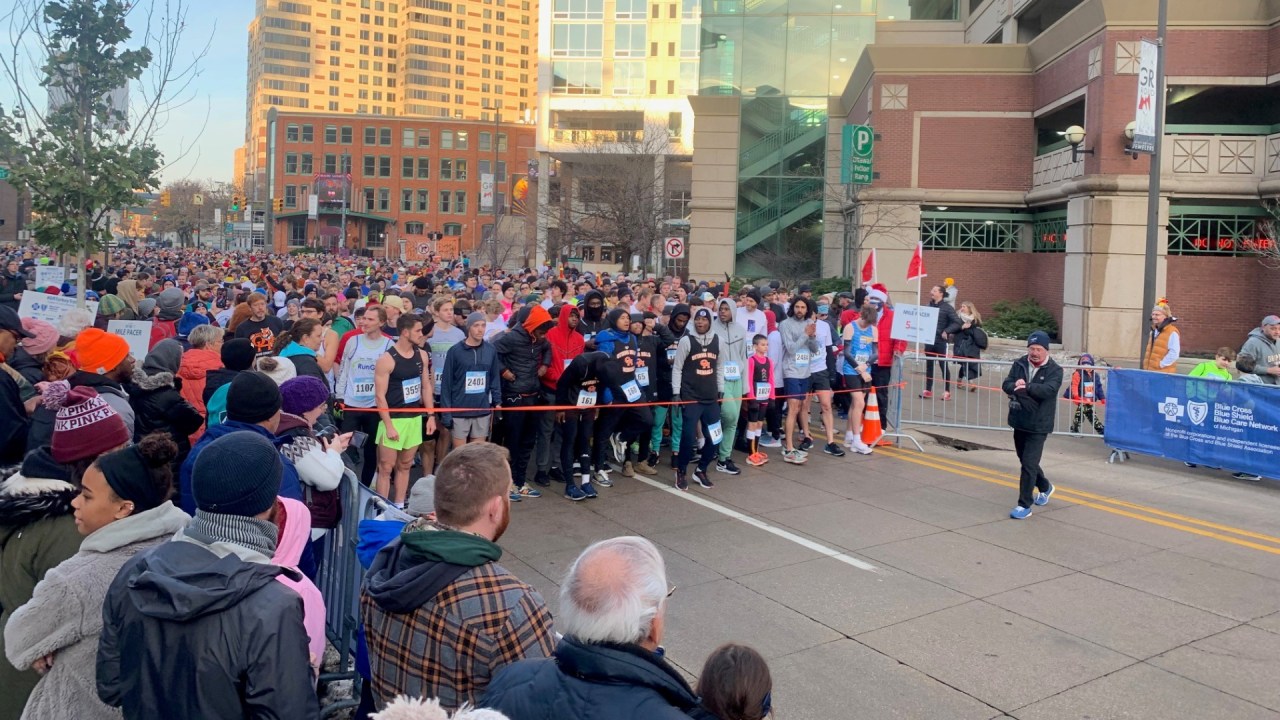 The 5K race, sponsored by Blue Care Network, started at 8:30 a.m. at the main entrance of the Van Andel Arena on Fulton Street downtown. Runners and walkers of all ages raised money to help Grand Rapids Public School students participate in extracurricular sports.

“Turkey Trot is our biggest as far as the foundation goes,” said Holly Visser, director of foundation development for GRPS. “We serve the charity department for the school and we fundraise for five pillars and sport is our biggest pillar. It’s our biggest student support event, so they don’t have to pay to play.”

Corinne Eversole of Grand Rapids said she runs with her two children at the YMCA and decided to take them to the Turkey Dash. Her children ran on a mini trot for children that went around the block.

“We were just looking for a fun way to get out, kick off Thanksgiving, get some exercise before the holiday,” Eversole said.

“I think it was really good because instead of running ten laps at YI, you just got to run down the road and see new things,” said her son, Brennan Eversole.

Kendrick Webb has been running the Turkey Trot since 2017, but not since the pandemic. He says he does it for his own health and to support the community.

“Grand Rapids Public Schools should be proud that everyone came out here today, and we’re all here to support Grand Rapids Schools, and we all love to run, so let’s keep it going,” Webb said.