Summary: Williamston has won his first state title since 1940 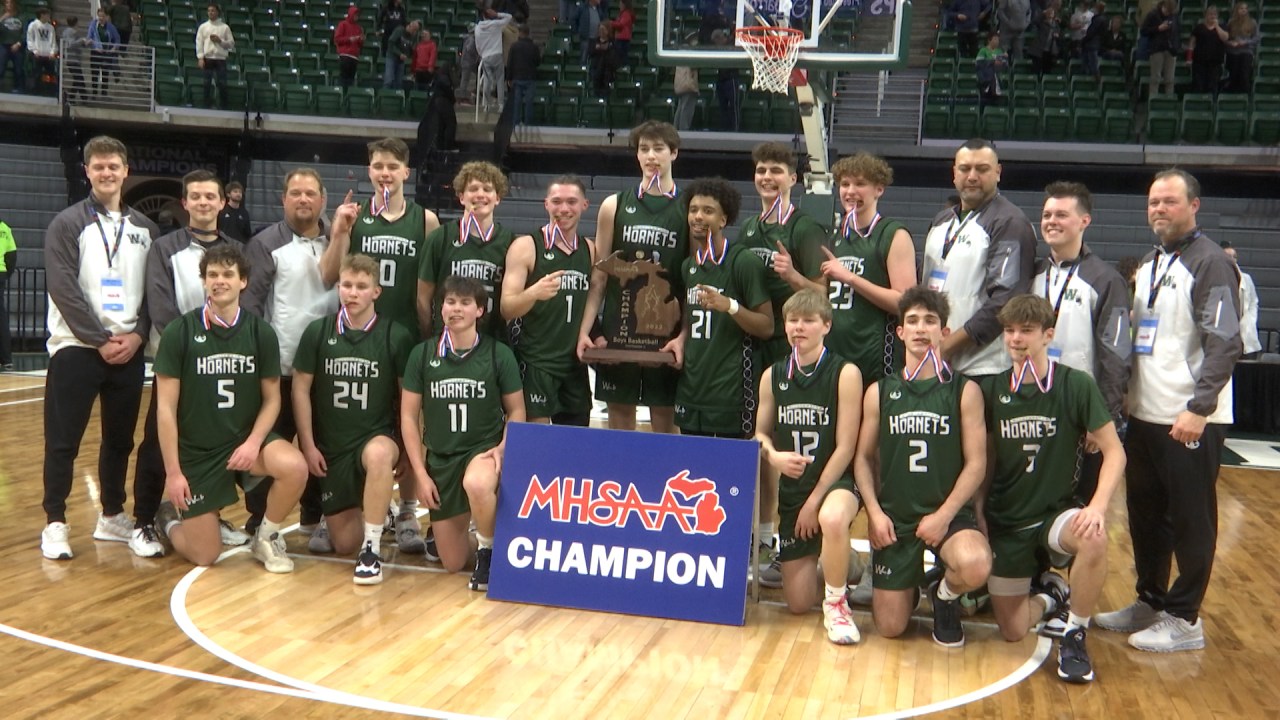 Lewis showed his guys a photo of the team at the 1940 Williamston State Championships, where the Hornets last won. And it turned out to be the motivation the team needed.

Williamston and Catholic Central went into overtime, and the Hornets won 68-65.

“I took this thing (photo of the 1940 championship) and made them look at it. At first they smiled, and then I said, “After 82 years, we’re still dealing with these ghosts.” So I said, “Let’s be ghosts for someone else and win this case,” Lewis said.

Senior guard Mason Dox scored 27 points and said that after that the team wants to leave a legacy: “When he put it on the central court, everyone said, ‘We want to be remembered.’ We want to be the next team to affect Williamston. ” Just looking at it was a bit of a motivation before the game. ”

In the third quarter, the Hornets led by 16 points, but the Catholic Central crawled back and equalized less than a minute before the game in the main. In overtime, Dox and senior forward Max Burton came up with a bucket with a clutch to lead Williamston to victory.

Burton, who scored 23 points, said: “It still doesn’t feel real. It’s just an unreal feeling, even our senior season is over, and it’s not felt yet. “

Senior Guard J. Wallace felt the same emotions as Burton, and said: “I have dreamed of this moment since childhood. I’m just shocked as if it doesn’t even seem real. But it’s so good because of all the blood, sweat and tears. ”

“I don’t know if I’ll know it’s real until I take the bus home with the trophy and come in and see my family,” Lewis said.

For a team of ten seniors, Williamston grandly completes the perfect season – the tenth consecutive conference title in the program, the district title, the regional title, the perfect record 27-0, and now the state championship in the 2nd division.