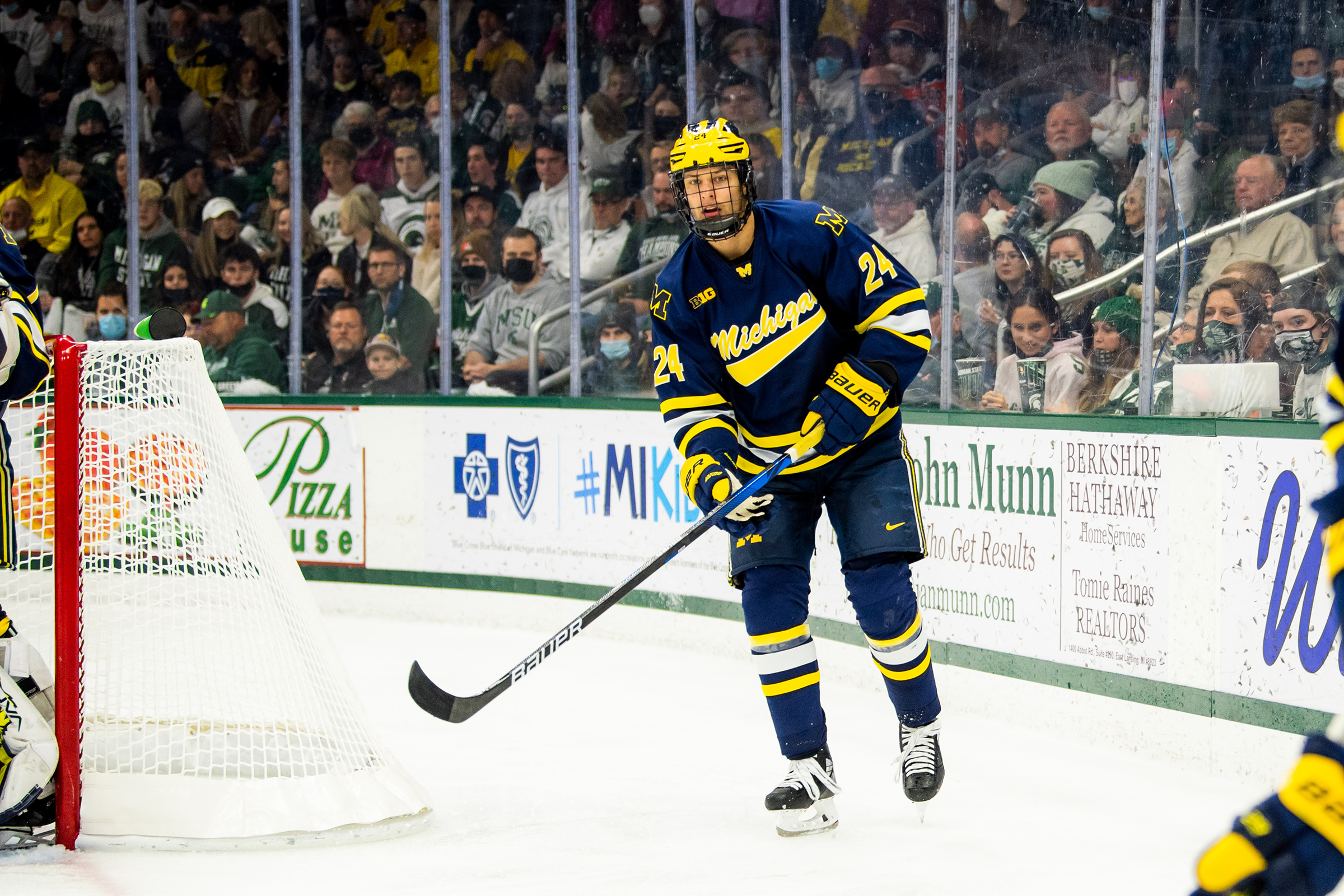 This story will be updated as more information becomes available. The last update was at 1:22 p.m. and corrected an error regarding guests on Brandon Naurato’s radio show.

For the third week in a row, the No. 3 Michigan hockey team is without its full roster due to illness. But this time it’s a lot more disturbing.

Junior quarterback Steven Holtz was confessed into the intensive care unit of a Michigan hospital earlier this week, according to a Facebook post by his mother. Additional details are not provided.

A Michigan representative declined a request for comment on HIPAA grounds.

Holtz hasn’t played since Nov. 5 against No. 6 Penn State after missing last week’s series against No. 20 Notre Dame.

Two weeks ago against the Nittany Lions, junior goaltender Eric Partillo was unavailable due to illness, leaving junior backup Noah West to start. Whether the illnesses are related is unknown, but it does indicate that the Wolverines have been ailing for at least three weeks.

But now with Holtz in the hospital, everything is much more serious. And with a teammate in a state like Holtz, it will be a lot harder for Michigan to focus on its heavyweight series with No. 2 Minnesota starting Thursday night. As of 1 p.m., no cancellation of the game had been announced, and the Wolverines’ social media channels continued to to contribute game