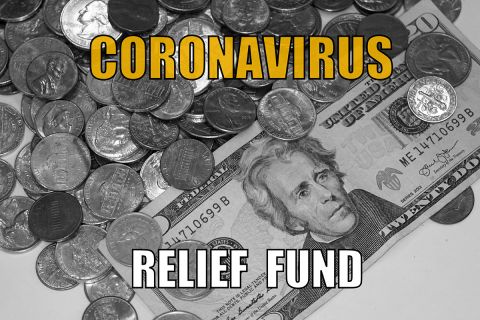 The data requested by Chalkbeat and its reporting partners goes beyond other public records of COVID relief spending: It includes a “description” column that provides written explanations for each item of proposed spending. Generally, public records group school spending into broad categories, making it difficult to pinpoint the costs of specific programs.

MDE says the descriptions are his main concern about Chalkbeat’s request for updated budgets because they may contain a student’s name or other personal information not covered by public records requests.

In months of working with the data, Chalkbeat did not come across the student’s name.

When school districts release the data to the state, they are told not to include student names and other information the department is not authorized to release. MDE officials estimated that an employee making $35 an hour, including benefits, would need 300 hours to read the data if schools did not follow the guidelines. They later increased that estimate to 807 hours—the equivalent of 100 work days.

“MDE has worked tirelessly to respond to FOIA requests related to federal COVID dollars for schools in a timely and as complete manner as possible,” said Martin Ackley, a spokesman for MDE, in an email. “Some requests, such as the one submitted by Chalkbeat, require more time and effort to respond to.”

The employee who posted the first Chalkbeat data in 2021 later said they had no intention of sharing the description field.

Ackley noted that the state has provided financial information about the COVID relief funds on the appropriations portal on its website.

what portal connects to information about how much COVID funding counties have received, but not how they plan to spend it. MDE also released written summaries from districts about their ESSER plans, but those summaries typically did not contain any specific cost proposals.

For example, the Lansing Public School District said in its publicly available cost description that it plans to provide “additional after-school programs, as well as tutoring and summer tutoring for certain students, to provide accelerated as well as extended learning due to the loss of instruction due to COVID-19. »

But a detailed district budget obtained by Chalkbeat in December 2021 indicated that extended annual programming alone would pay teachers an additional 20,000 hours of work over two years at a cost of $977,000.

In any case, state officials shouldn’t be charged for releasing updated information they have, said Lisa McGraw, public affairs manager for the Michigan Press Association, even if authorized by Michigan obviously weak public record law.

“When you’re giving out that kind of money, you should be collecting information” about how it’s being spent, she said. “Taxpayers have a right to know where their money is going, and they don’t have to pay to find out.”

Jarrett Skorup, director of communications for the Mackinac Center for Public Policy, a free-market think tank, said MDE should already have the data in a release-ready format.

“It’s amazing that the Michigan Department of Education was able to provide such documents very quickly a few months ago, but can’t do it now,” Skorup said. “It’s the paperwork or the data that the school districts fill out and send to the state — it looks like they’re supposed to … compile that information into a spreadsheet.”