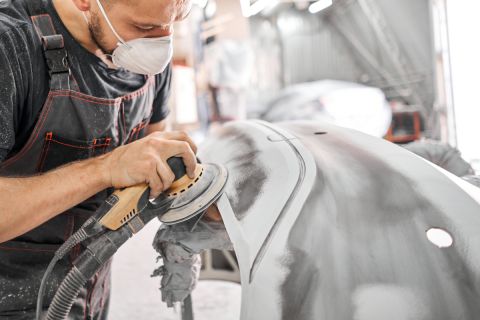 Right-to-work laws are not a silver bullet, but are “one of the things that drive economic growth in a state,” along with a skilled workforce and a business-friendly tax structure, said Andy Johnston, vice president of government affairs. for the Grand Rapids Area Chamber of Commerce.

But the research is less conclusive, said Tim Bartik, an economic development economist at the WE Upjohn Institute for Employment Research in Kalamazoo.

Most right-to-work research has been limited to states that passed laws before 2000, mostly southern states.

Some data is now emerging on states like Michigan that recently adopted right-to-work, Bartik said, and it shows mixed results.

“Right-to-work laws can have a positive impact on attracting manufacturing jobs,” he said. One benefit could be attracting jobs to industries that border other states, such as areas of West Michigan near Indiana.

But those jobs, Bartik said, won’t be high-paying positions. And establishing a statewide policy based on this manufacturing growth is unlikely to lead to overall job growth or higher wages in Michigan.

one a recent studywhich includes the state of Michigan, concludes that right-to-work reduces unionization and lowers wages, in part by reducing the threat of unionization because unions have fewer resources—less money coming in from dues – for conducting organizational campaigns.

“The net impact on government jobs and per capita income is uncertain,” Bartyk said.

What the data shows

“Right-to-work as a policy is an area of ​​deep disagreement,” said Steve Daley of the Mackinac Center for Public Policy, a free-market think tank based in Midland.

Mackinac Center took a look how right to work has affected michigan counties to 2018 and concluded that the law helped add a higher paying job in the manufacturing, construction, transportation and warehousing sectors.

The work is built on similar national studies border regions.

But the report’s authors caution that not all of the differences between states can be attributed to a single law, acknowledging that other factors — tax rates, population changes and climate — may play a role. For example, many right-to-work states are in the Sun Belt, which has seen high population growth over the past half century.

Since 2012, manufacturing wages have risen in Michigan, but have not kept pace with inflation. They grew by 12 percent from 2012 to 2021, similar to Indiana, which also enacted Right to Work in 2012. During the same period, inflation increased by 29 percent.

Among all states from 2012 to 2022, wages for private sector workers grew the most in non-right-to-work Hawaii. But half of the states with the highest wage growth — Nevada, South Carolina, Nebraska, Alabama and Utah — are right-to-work states. Michigan’s wage growth ranks 31st in the nation.

And Ohio’s lack of right-to-work didn’t stop it from receiving one of the biggest economic development awards in decades in 2022: Intel’s $20 billion worth of semiconductor plants east of Columbus, which will employ 7,000 workers during construction and another 3,000 workers earning an average of $135,000 when it’s up and running.

All in all, Intel said the investment has the potential to succeed 100 billion dollars.

Few states have repealed right-to-work, making it difficult to predict whether it will have a negative impact in Michigan.

Both New Hampshire and Indiana repealed their laws decades ago, then Indiana reinstated them in 2012. Virginia tried to do that in 2021 under a Democratic legislature, but moderates did not support the effort.

While there is no consensus on whether right-to-work laws are a tool for economic development, their impact on union membership is undeniable.

But the percentage of workers actually in a union fell even more, from 16.8 percent to 13.1 percent, suggesting that tens of thousands of eligible union members likely took advantage of the right-to-work law and refused to join .

And Michigan’s decline is part of a national trend: Of the four states with the biggest declines in union membership since 2012, three have passed right-to-work laws: Michigan in 2012 and Wisconsin in 2015. *Iowa has been a Right to Work -Working State since 1947.)

Businesses say the changes will be ‘divisive’

Business leaders say lawmakers have more pressing concerns than right-to-work repeal, such as education, workforce skills and infrastructure and investment in electric vehicles.

Bipartisan politics is winning, as it has been recently large-scale stimulus fundingshould be the target for 2023, business leaders say.

“It will take bipartisanship and cooperation to make a difference (in Michigan), and immediately pursuing a deeply divisive agenda (like ‘Right to Work’) puts the rest of the important work at risk of gridlock,” said Kelly of the Small Business group.

The Detroit Regional Chamber on Wednesday sent a letter to four incoming legislative leaders outlining its priorities. The group called on leaders to create a bipartisan group “to help find smart and practical solutions” on issues such as raising public Earned Income Tax Credit for low-income families and finds sustainable tax credit financing for large projects.

“The chamber has not addressed the right to work issue with our membership or board,” Barua told Bridge.