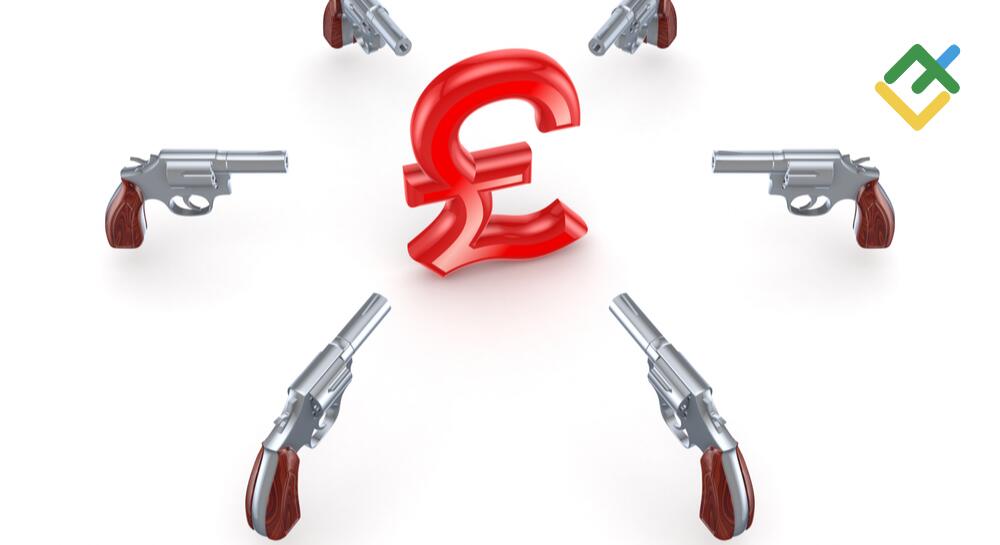 How is the UK government going to fund the fiscal stimulus program? How high will the Bank of England raise interest rates? These questions remain open and disturbing GBPUSD from continuing his rally. Let’s discuss Forex prospects and make a trading plan.

Fundamental forecast for the week

It’s amazing how the Bank of England has calmed not only UK but global bond markets by resuming QE. It is equally surprising how the government abandoned part of the fiscal stimulus plan after the collapse of the pound to a historic low. The Bank of England spent a modest £3.7bn of a possible £20bn on asset purchases in the early days, while the Treasury’s refusal to cut income tax for the wealthy is just £2bn of the $45bn programme. A drop in the ocean. Although the market situation has normalized, problems remain.

Despite the impressive six days GBPUSD rally, big banks doubt that it will last long. Standard Chartered and Royal Bank of Canada predicted a 10% decline by the end of the year. Nomura and Morgan Stanley experts believe that the pound sterling will fall below parity with the US dollar. At first glance, this idea seems outdated, but analysts at Jefferies note that GBPUSD is moving so quickly that the pair could fall to 1.1.

The dynamics of the pound

The consensus forecast of Reuters experts suggests that the pound will fall to $1.09 in a month. After six months, it will grow to $1.1, and after a year – to $1.16. Part of this movement is explained by the strong position of the US dollar. According to 47 out of 55 respondents, the dollar has not yet reached its growth ceiling. 25 of the 46 economists believe it will happen within six months, 17 of them predict reaching the ceiling within three months, three within a year, and one predicts that a year will not be enough to stop the dollar.

Pound positions look more vulnerable. Although a recession has already started or is about to start, targeted support to households affected by the energy crisis could lead to a slowdown in inflation. The CPI ceiling expected by the Bank of England will be lower, and its officials will not raise the interest rate above 3.25-3.5%, as expected in the futures market.

Loud government claims that tax cuts will boost GDP growth are not impressing sterling buyers. Liz Truss is not saying how she plans to clean up the public finances. This is not good for people’s trust. Following S&P Global Ratings, Fitch has downgraded the UK’s credit rating outlook. This has weighed on investor sentiment as they consider whether to invest in UK assets.

Great Britain really needs the money! The country must finance a current account deficit of more than 7% of GDP. Real yields on bonds are still very low, reducing their appeal. The Bank of England needs aggressive rate hikes to push them higher. This could lead to a deepening recession and a fall in the pound.

Thus, despite recent advances, GBPUSD bull positions look vulnerable. Failure of the pair to return above 1.1475 or break the support at 1.1225 could be a reason to enter short trades.

The content of this article reflects the opinion of the author and does not necessarily reflect the official position of LiteFinance. The material published on this page is provided for informational purposes only and should not be construed as providing investment advice for the purposes of Directive 2004/39/EC.