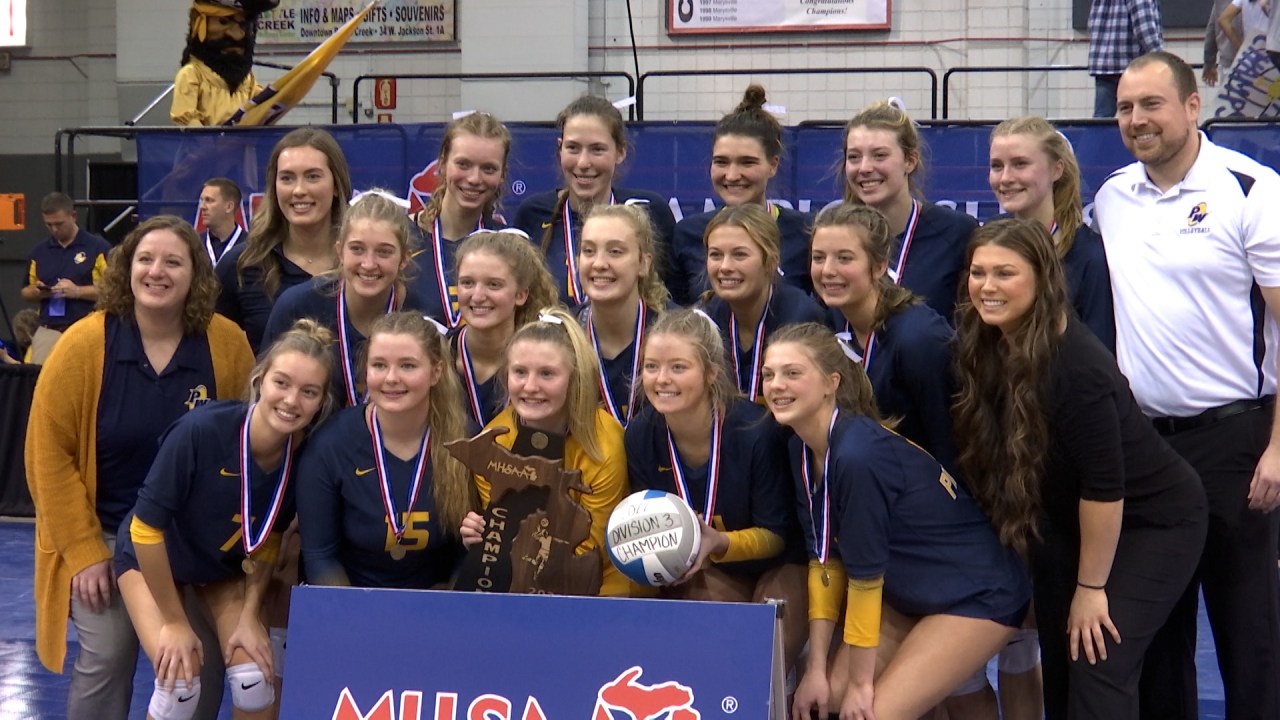 BATTLE CREEK, Mich. (WLNS) – Winning state titles is nothing new for Pewamo-Westphalia, which has won its share in football, basketball, track and more.

Heading into Saturday, the one sport the Pirates have never won a state title in is volleyball. In 1994, the Pirates reached the state title game, but finished second and never returned.

That is until Saturday.

Pewamo-Westphalia defeated Cass City in Friday’s Division 3 state semifinals to punch its ticket back to the state championship game.

With virtually the entire community in attendance at Kellogg Arena, the Pirates defeated Kalamazoo Christian in four sets to capture the school’s first-ever state volleyball championship.

“To put it all together and finally bring the trophy back and show our year on the flags is a really cool feeling,” said 8th year coach John Thelen.

Junior middle blocker Sage Martin said, “I’m a state volleyball champion. This is crazy. I don’t even know. I can’t even describe it.”

PW took the first two sets of the match, 25-17, 25-23, but lost the third set, 25-23. As the Comets prepared for the fourth set, the Pirates were relaxed and even started dancing when the “Cupid Shuffle” played.

“It’s our team song,” senior forward Dani Paul said. “Whenever it comes up in practice or a lift, we always dance to it. So we knew that when the song came on, we had to go. We need to do it”

Junior setter Taylor Smith said, “It just makes everyone smile. For example, we lost (set three) and we did that. It was just fun for all of us. It changes the mood and the game a lot.”