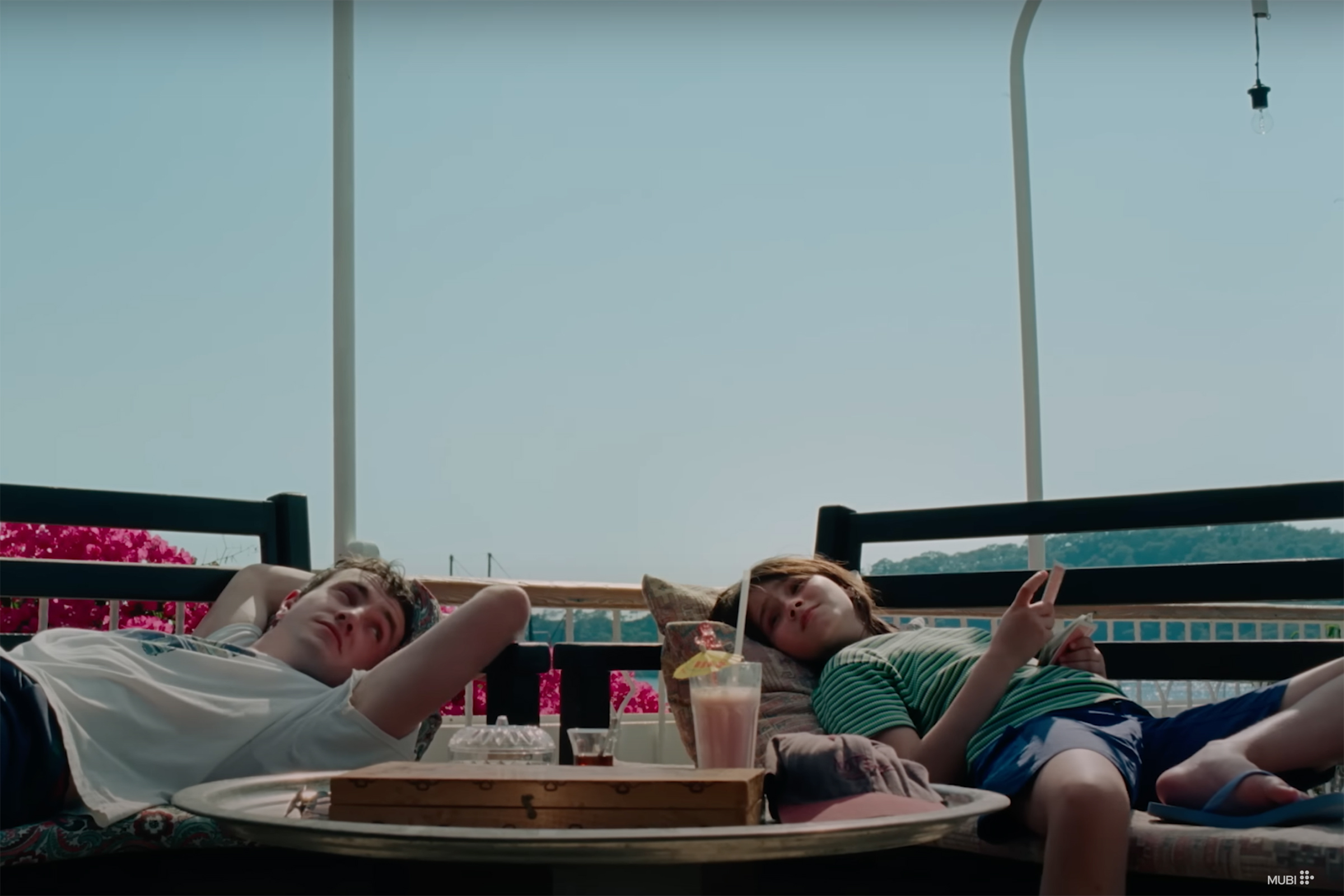 This is what happened after I watched After the Sun.

At first I sat and watched the credits. This is something I never do. After they finished riding, I got up from my seat in the movie theater and walked home in silence. No music, no headphones. It’s also something I almost never do.

Then I called my father. This something I do a lot. Then I hung up. Because he almost always answers, and I didn’t know what to say. I was amazed at how lucky I was to be able to bet his voice on the other end of the line.

I walked a long way home. I watched as it started to snow. I was thinking about After the Sun. I thought about my dad. I did another thing I’ve never done before: I cried.

It’s hard to understand what impressed me so much about Aftersun. In many ways, this movie is hard to relate to. It’s slow and unstructured. The cinematography is beautiful but unclear, favoring subtlety over clarity of character and plot. While this has never been my favorite type of story, it works in After the Sun because at the heart of the film is something inherently elusive: memory.

“After the Sun” follows Sophie’s (Celia Rowlson-Hall, “X”) memories of a holiday she took with her father in Turkey as a child. The film opens with a home video of Sophie’s father Callum (Paul Mescal, “Normal People”) standing on a hotel balcony. He turned to face the camera, half-eaten by the bright summer sky behind him. He smiles, but there is an unspoken melancholy that tugs at the corners of the stage.

“Aftersun” is aimed at this world. The footage seamlessly transports viewers back in time as Calum and 11-year-old Sophie (Frankie Cariot, debut) arrive in Turkey for a week’s holiday. They swim, relax and explore the grounds of their budget beach resort. There is no main plot. Writer-director Charlotte Wells (her debut) prefers simple vignettes that highlight the importance of the journey. We see Sophie looking at the older kids at the pool, jealous and afraid of them as only a girl on the cusp of adolescence can be. There’s only one real bed in their room, and Calum takes a cot that’s too small, ending every night lying on it and watching the videos they’ve made, as if desperate to make sure the trip is remembered properly. Like a memory, the camera lingers on things that shouldn’t matter—a cloudless blue sky full of parasailers, a single slow-motion Polaroid photo, empty beaches at night.

Although Sophie and Calum’s week ends up being uneventful, a sense of unease lurks beneath the surface. There is an expectation of disaster. Calum is clearly struggling with something, though we never know what. He doesn’t lash out or break down in front of Sophie. He has one arm in a cast for most of the trip, suggesting some past altercation. He orders too many beers at lunch and spends money he doesn’t have. He struggles out of chairs and beach towels, his painfully slow movements giving physicality to what we can only assume is a tortured inner world. Mescal brings a reserved boyishness to the role that makes it clear that Calum became a father far too young. He is hardly able to cope with his difficulties, let alone provide for his daughter. But it’s not for lack of trying. It is understood that Calum and Sophie are rarely seen at home. While Calum struggles when Sophie turns her back on him, he struggles to be his best as she watches. It is a precious journey. He buys her trinkets and lets her stay up late and reminds her that she can talk to him about anything. The movie ends with the trip. Calum watches Sophie disappear into the airport, his camera focused on her face. She smiles and waves. He too. Then he left, left alone in the long corridor.

In the middle of the film, we see Sophie as an adult for the first time. The real story of the film is not the vacation itself. It’s Sophie trying to understand her father – something she never quite succeeds in doing. What we are sure of is that Calum is no longer a part of Sophie’s life in this day and age. That breakup happened at some point after that vacation, and it happened despite the fact that he loved her very, very much.

That was the detail that really stuck with me—love doesn’t protect us from loss. Calum spent the entire film yearning for love and unequivocally extending it to Sophie. To do this, he suppressed a deep, inexpressible sadness. It wasn’t enough. Time and tragedy affect everything, even spoiling happy memories of vacations. As Sophie watches the home videotapes as an adult, the silence and space feel tinged with sadness, even as the on-screen duo share a sunny smile.

In “After the Sun” I saw myself and the events of my life. I have a great dad. Like Calum, he fathered me quite young and never experienced much parental love growing up. Somehow, it never seemed to phase him. He has been a constant source of guidance and joy throughout my life. I imagine he must mourn his childhood, but I never see him cry or complain. I can only imagine the sorrows he sacrificed to be a constant source of love for my sister and me. One day he won’t be around and there are layers to him that I will never understand. One day I will be Sophie, combing through happy memories, warping them with grief and guilt, trying to reconstruct a complete picture of his personality. I have this feeling, like Sophie, the only thing I will be sure of is love. The minute my dad decided to shield me from the harsh world, any chance of complete truth and clarity was lost. In return, I got something my father never did—a chance to be a happy child.

“Aftersun” is a testimony of parental love. It is the only memory that asks us to reconsider our own. The day after I saw the movie, I got a call from my dad. I picked up. I told him I went to see a movie. He asked if it was good. Yes, I told him. Everything was fine. He told me he would pick me up from the airport when I got home. I told him I was counting down the days. Me too, he said. He told me to call him when I landed. I promised I would.

Daily Arts writer Lola D’Onofrio can be reached at lolad@umich.edu.