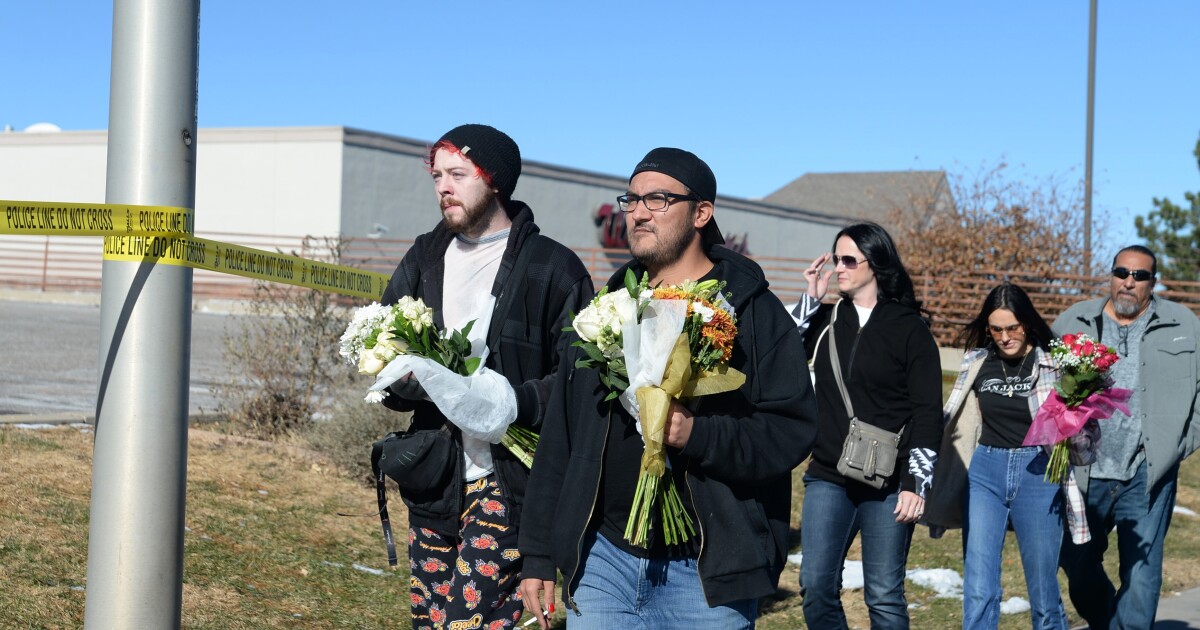 Two patrons are credited with saving countless lives at an LGBTQ nightclub in Colorado Springs, Colorado.

The mayor said the gunman was confronted and one of the men was able to wrestle the gun from the suspect and began beating him.

The confrontation came minutes after a gunman entered the Q club on Saturday night.

Authorities said they received the first emergency call about the incident at 11:57 p.m. Patrons were able to subdue the man before an officer arrived minutes later, Suthers said.

Five people were killed and at least 25 others were injured in the shooting, authorities said. At least seven injured are reported to be in critical condition.

Vasquez said two firearms were found at the club.

“I can confirm that the suspect used a long rifle during this shooting,” Vazquez said.

Authorities have not released a motive.

“This has all the hallmarks of a hate crime, but we need to look at social media,” Suthers said. “Before we make any conclusions about motivation, we need to look at the various other information we gather from people who knew this person:

In a statement released after the shooting, Club Q said it was devastated by the “senseless attack”.

“We are grateful for the quick response of heroic customers who subdued the gunman and stopped this hate-motivated attack,” the club wrote on Facebook.

Saturday night there was a drag show at the Q club. It is not yet clear if any of the performers were targeted.

Suthers reiterated that the club has not been a problem in the past and is known as a safe space for the LGBTQ community.

“Police indicate that this club has been in business for over 21 years. During that time, it has been very well run. Very, very few calls for help,” Suthers said.