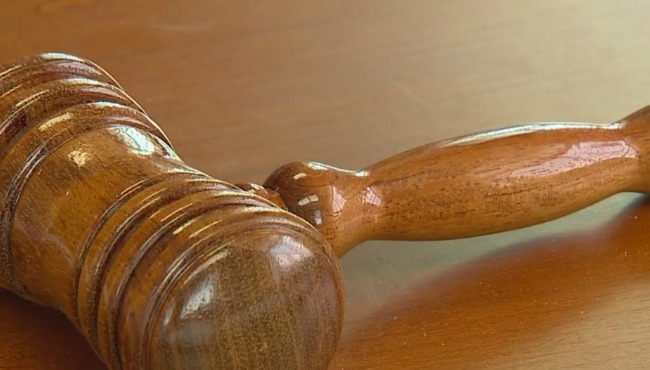 KENTWOOD, Mich. (WOOD) — The parents of a Kentwood toddler who died of an accidental overdose in June are facing criminal charges in the child’s death.

Kyle Aaron Wood, 27, and Hope Christine Marshall, 26, were charged Wednesday with the involuntary manslaughter of their son, Kaiden Wood.

According to a probable cause affidavit filed in Kentwood District Court, police responded to a report of a child not breathing on Prince Albert Street Southeast near Garland Street on the morning of June 23.

“Officers and detectives found the home to be in general disarray with numerous dangerous items located throughout the residence. Three loose-leaf Wellbutrin (bupropion) pills were found scattered in the living room, two on the floor and one on the coffee table,” Kentwood Police Detective Wrote in an affidavit.

“A vomit-filled soup pot and a marijuana pipe were also on the living room floor. One and one-third Xanax pills were lying on the kitchen counter. One broken acetaminophen pill lay on the hallway floor. A Strawberry Breeze vape pen was located in the victim’s crib.’

According to the affidavit, police returned to the residence on Aug. 30 to conduct an additional search that “resulted in the discovery of five uncapped needles embedded in the mattress and an additional vape pen in the coffee table drawer.”

The detective further noted that Hope Marshall admitted that the Wellbutrin found in the living room belonged to her. Marshall allegedly told police that “she takes three (Wellbutrin) with her coffee every morning.”

Court records say Kayden’s father said he saw Wellbutrin pills on the ground before he went to bed the night before Kayden died.

According to the Kent County Medical Examiner’s report, Marshall said she last saw Kayden alive at 7 a.m. when he woke up.

“He was fed some treats and put back in his crib around 8:00am. At 10:00 a.m. she went to check on him and he was cold and blue in his crib. She took him out of the crib and put him on the floor in the living room,” the forensic investigator wrote.

The medical office’s report also notes that paramedics tried to perform CPR but were unsuccessful because the child’s jaw was too rigid.

“He was completely petrified by the time the paramedics arrived. He was pronounced dead on 06/23/22 at 10:25 a.m.,” the investigator wrote.

Bonds for Marshall and Wood were set at $250,000 cash/surety each during their arraignment Wednesday afternoon in Kentwood District Court. They are expected back in court for a hearing on October 17. If convicted, they could face up to 15 years in prison.