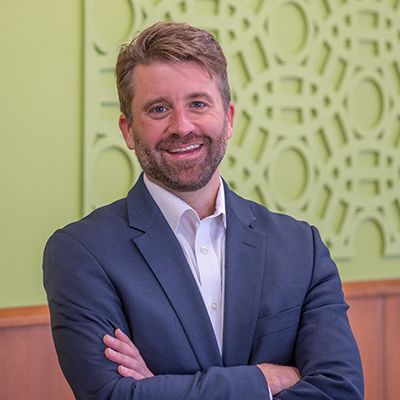 The a new proposal supported by Betsy DeVos Let MI Kids Learn do just that. The proposal is a new voting initiative that would change Michigan’s tax laws to create tax breaks for donors who support, among other things, tuition in private schools modeled on school voucher programs nationwide. Proponents of the plan shape their efforts as opportunities for parents to make educational decisions instead of government or other government agencies. Today in Michigan, the plan requires half a million signatures of voters to move forward as a concrete proposal.

I spent over 15 years evaluating school choices across the country, and found both good and not very good results of program selection across the country. I am not known to be for or against choosing a school. I say, let’s do more of what works for kids.

And here’s the problem: programs like Let MI Kids Learn don’t work. In the coming months, you will hear a lot about whether such tax schemes are in accordance with the constitution, and the US Supreme Court is ready for further resolution public money to support private religious schools. But as I tell my kids: what you can doesn’t mean you should.

These programs have generally been very detrimental to the academic growth of poor children in places like Indiana, Ohio, Washington, DC, and Louisiana. The Louisiana Scholarship Program, for example, increased the probability of failure in mathematics nearly 50 percent, with a big negative effect in reading, science, and social studies as well. These are some of the biggest public policy effects that education researchers have seen in recent years, negative or positive!

Some say they evaluate programs like the DeVos offering based on test results unfairbecause parents take care of more than just test results. This last part is true. Over the years, I have attended dozens of private schools to study them, and many promise to teach children character, discipline, and in some cases, moral and religious values. But I’ve never seen any of these schools tell parents that the catch is that kids may not have time for math or reading, or get points among public the worst in science.

What’s more, conservative politicians too to promote other programs – such as the Michigan Law on Reading Up to Third Grade, which requires schools to detain third-graders with low reading scores – make decisions directly based on exams. If the test scores tell us enough to frustrate Michigan’s third-graders, they’ll certainly tell us enough to fail the DeVos curriculum.

You may also hear that this is partly due to the loss of training as a result of the pandemic. This is real – we know that children across the country have suffered significant reductions and will to continue do it. But how do we know that? Because tests like M-STEP tell us that the organizers of the proposals recognize themselves website. To argue that we need to eliminate losses in learning by politicians who in themselves increase losses in learning mathematics is like offering bleach as a cure for COVID. We do not want to harm children even more by offering unsuccessful solutions to new problems.

Finally, Michigan already offers one of the most reliable parent selection systems in the country. In addition to neighboring schools, our families can choose charter schools and enrollment opportunities in other areas through elective schools. More than one in five Michigan children is already making that choice. And while I personally wouldn’t point to Michigan’s statutory system as the best proof that charters work, we have some indications from the University of Michigan that statutes stimulate achievement in learning in mathematics.

Let MI Kids Learn is a proposal that brings together some good ideas – such as support for tutoring, transportation and after-school programs – around one very bad one: supporting learning in private schools.

As an expert on choosing a school, I could easily fit into government spending on similar programs, but not at the cost of investing in a bad idea. Unlike individual taxpayers, states and school districts cannot simply write off investment losses every April if we collectively make bad choices. As proposed now, we will linger with the implications of Let MI Kids Learn for a generation. Michigan parents and children can do better.