Nostalgic train ride back to the Gerald R. Ford Museum 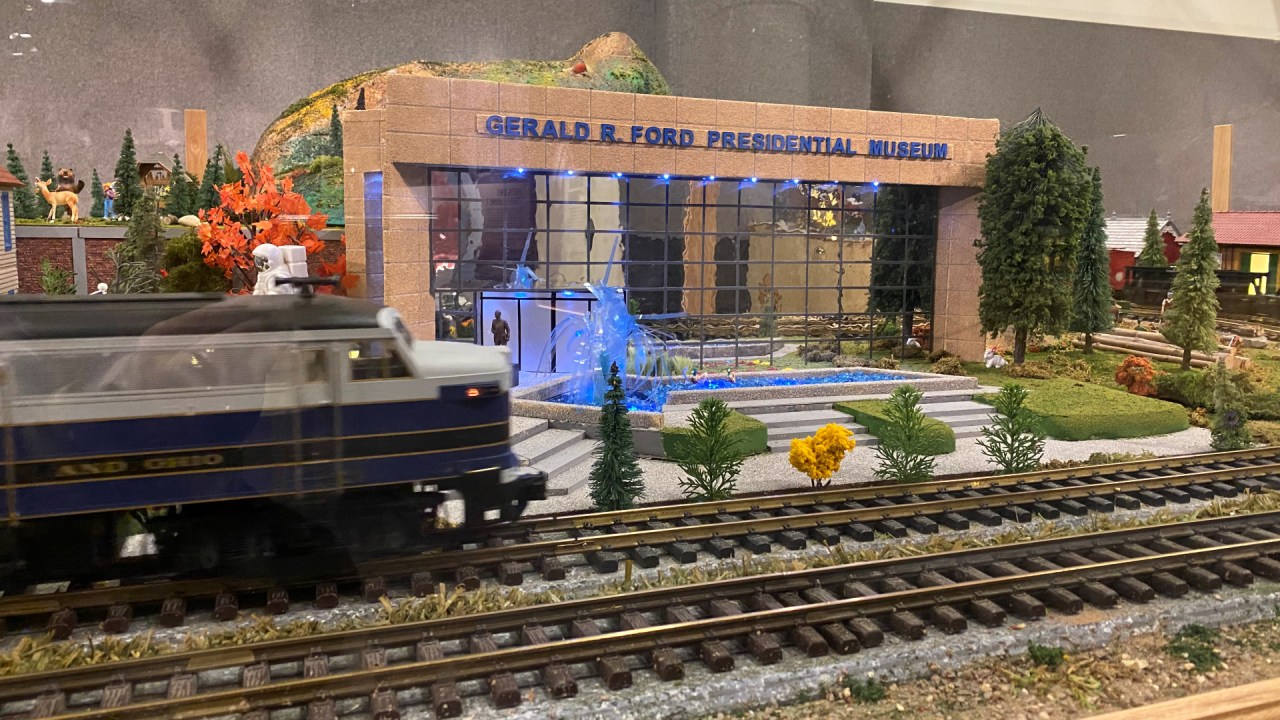 GRAND RAPIDS, Mich. (WOOD) — A West Michigan holiday tradition is back for another year. Once known as the Breton Village Mall Train, the Gerald R. Ford Express has been housed at the Ford Presidential Museum in downtown Grand Rapids for the past five years.

“It’s family-friendly. When the kids were little, the Fords put a train around their tree, so it’s just a sign of the Christmas spirit that crosses generations,” said Christine Phillips, public relations specialist for the Gerald R. Ford Presidential Museum.

On its journey around miniature Grand Rapids, the Ford Express passes several of the former president’s old stomping grounds.

“We have volunteers who help create all of this. Larry Avery is the one who started the Gerald Ford Museum and he did a great job,” Phillips said.

There’s a miniature Quonset hut used by Ford during his run for Congress and the Ford Paint and Varnish Company, which the former president’s stepfather owned.

The newest addition this year is the presidential museum itself, complete with a fountain across the street and mini statues of the president and Betty Ford.

At the other end of town is South High School and across the street is Bill’s Place Diner.

“During lunch at school, he would run around flipping hamburgers and then come back,” Phillips said.

There’s a bit of history here as visitors explore all there is to see in this West Michigan holiday tradition.

“When we have a lot of people coming in and it’s grandparents, parents, it just ties that time together and it’s a fun indoor activity to do. It’s just exciting,” Phillips said.

Visitors can also take part in a scavenger hunt while visiting the train.

Admission will be discounted from December 18 to January 2, and stories will be shown on several Sundays in December. Visit st museum website for more information.