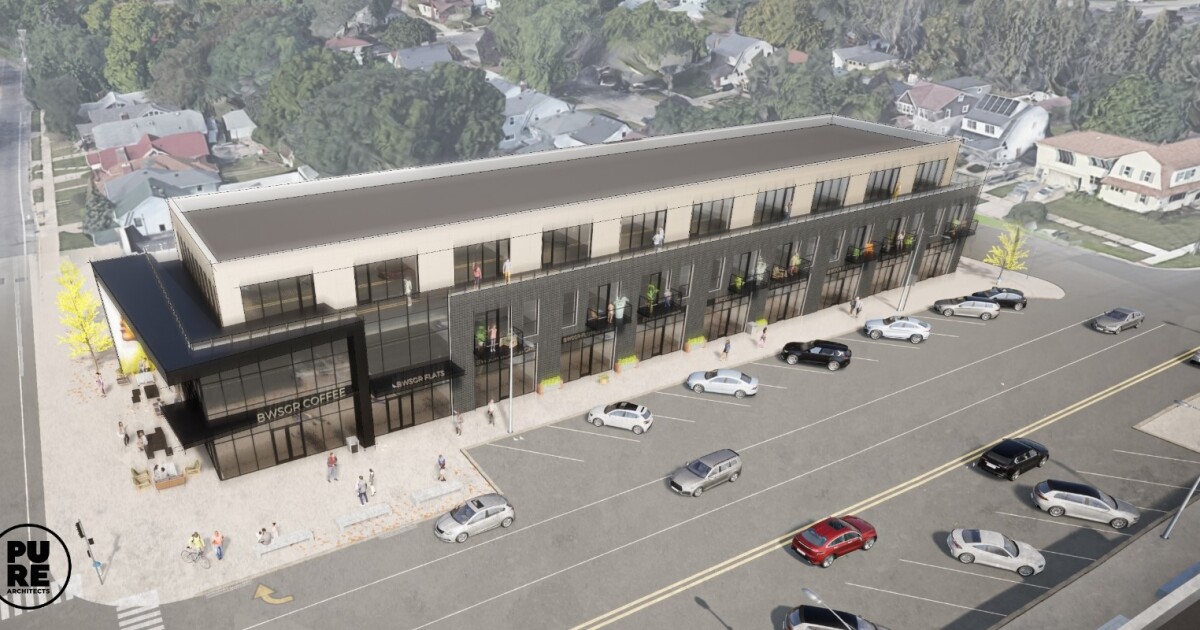 GRAND RAPIDS, MI — Last month, the GR Chamber of Commerce released some stunning statistics: in Grand Rapids, 98% of revenue comes from white-owned businesses. Also, of all businesses in the city that make $250,000 a year, less than 1% are black or brown-owned.

The numbers didn’t come as a surprise to Preston Sain, president of Black Wall Street Grand Rapids, but they were a big disappointment. He knows that he stands in the way of progress.

“Some of the historical barriers are access to capital, resources, relationships and just opportunity,” he said.

BWSGR is a group dedicated to recreating the local version of the famous original Black Wall Street in Tulsa, Oklahoma before it turned deadly destruction in 1921 at the hands of ras.

Since its inception in July 2020, BWSGR has worked to acquire and develop real estate to build Black and Brown-owned business districts. The corner of Eastern and Burton, historically home to black- and brown-owned businesses, will be the flagship neighborhood — an area the group prioritizes over the other seven neighborhoods (Oakdale SE, Madison Square, Madison and Hall, Neland). & MLK, Eastern & MLK, Boston Square and Grandville Avenue).

Walk a mile down the road, Sayne says, and you’ll find yourself in the thriving business district of Alger Heights. After a mile in the other direction you enter the corridor of Wealthy Street. But between them – only the remains of a once prosperous territory, which was underdeveloped and unfinanced for many years.

“We want to revive it and bring it back and compete with other vibrant neighborhoods and communities and business areas in those areas and make sure we’re part of that fabric as well,” Sain said. “We’re better together, and we’re all better when we’re all better.”

Last week, BWSGR released images that are the first glimpse of a new era for business in Grand Rapids — images of the 35,000-square-foot building they will construct at the intersection of their flagship area of ​​Eastern and Burton. The massive $15 million mixed-use project will include retail space on the lower floors and 34 residential units on the upper floors. Several other non-BWSGR residential developments are also coming up in the area soon, and Sain is racing against time to build something for the new residents to shop in and something they can be proud of. He has already contacted a variety of entrepreneurs and has many ideas for retail space in the new building, which is slated to break ground in the new year.

“A small coffee shop, a brewery, a flower shop, an ice cream shop, a small restaurant, boutiques, fitness studios, a hair salon, a hair salon,” he said. “You name it, man, we want to be able to pack everything right here.”

The only building currently operating on this block is a nail salon. Sain was already in talks with them to either buy them out or incorporate them into the new development. By the time the project is complete in the fall of 2023, he hopes the vacant and blighted neighborhood’s landscape will flourish.

BWSGR also has longer-term goals. To mark the 100th anniversary of the Tulsa massacre last year, the group launched a capital campaign to raise $100,000 over 16 years: 100,000 for 100thousand Tulsa’s anniversary and 16 for the number of years it took to build Oklahoma’s original Black Wall Street.