Nasser of Saudi Aramco reminds the industry of reality 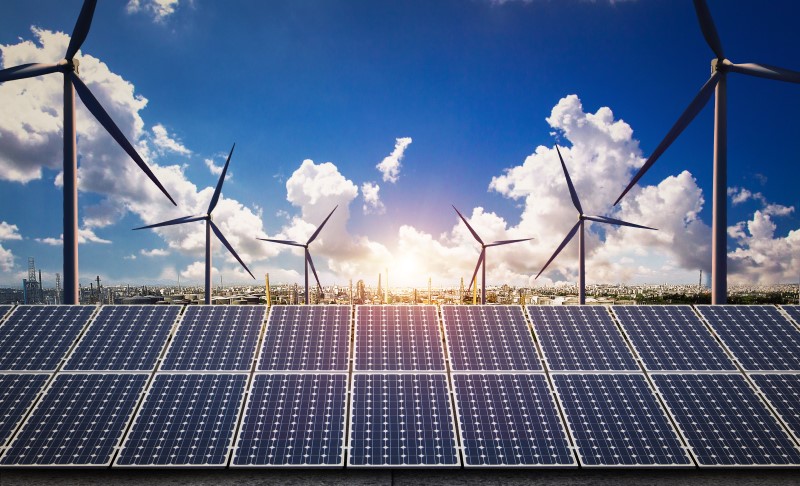 Lucerne, Switzerland (WO) — Saudi Aramco President and CEO Amin Nasser warned the energy industry about the wrong choice in what appeared to be a very deliberate attempt to inject some reality into the dizzying rush to renewable energy. His keynote remarks were delivered to attendees at the Schlumberger 2022 Digital Forum in Lucerne, Switzerland, on Tuesday morning. In an effort to correct what he believes are some of the industry’s missteps, Nasser has also outlined his own energy transition plan.

“Fall begins this week and the global energy crisis promises a colder and harder winter, especially in Europe,” Nasser said. “Unfortunately, the response so far reflects a profound misunderstanding of how we got here, and thus little hope of ending the crisis anytime soon. So this morning I’d like to focus on the real reasons, because they illuminate a much more critical way forward.”

He said that when historians reflect on this crisis, they will see that the warning signs for global energy have been visible for almost a decade. “Many of us have been insisting for years that investment in oil and gas will continue to fall,” Nasser noted. “Growth in global supply will lag behind demand, which will affect markets, the global economy and people’s lives. In fact, investment in oil and gas fell by more than 50% from 2014 to last year, from $700 billion to just over $300 billion. This year’s raises are too little, too late, too short.”

Wrong assumptions lead to a bad plan. Nasser said the energy transition plan was undermined by analysts’ scenarios and erroneous assumptions because they were mistaken for facts. For example, he explained, when Covid subsided, “one of the scenarios that many of us assumed was that the main oil-using sectors would switch almost overnight to alternatives, and therefore oil demand would never return to pre-Covid level. In reality, once the global economy began to emerge from adjustment mode, demand for oil returned, as did demand for gas. In contrast, solar and wind still account for only 10% of global electricity generation and less than 2% of global primary energy supply. Even electric vehicles make up less than 2% of the total number of vehicles and now face high electricity prices. And perhaps most damaging of all was the idea that contingency planning could be safely ignored. Because if you’re shaming oil and gas, investors, dismantling oil and coal power plants, failing to diversify our energy supply, avoiding fair energy analysis and abandoning nuclear power, you’d better get your transition plan right.”

Debunking past thinking. Nasser elaborated on his disdain for traditional thinking about the energy transition. “As this crisis has shown,” he said, “the plan was simply a [collection] of sandcastles washed away by the waves of reality.” Accordingly, the Aramco chief said that billions of people around the world are now facing energy access challenges and possibly with consequences that could be severe and long-lasting. “This is very important at the stage of the energy crisis – underinvestment in oil and gas, unprepared alternatives and no backup plan. But you won’t know it from the answer until now. Freezing or limiting electricity bills may help consumers in the short term, but it does not address the root causes and is not a long-term solution. And taxing companies when you want them to increase production clearly doesn’t help.”

Nasser said that as Europe actively promotes alternative and renewable technologies to reduce one set of dependencies, it can simply replace them with new ones. Criticizing the behavior of some countries, he said: “As for ordinary energy buyers who expect huge investments from producers just to meet their short-term needs, they should quickly lose those expectations. And deflecting attention from the real reasons by questioning the morality of our industry does nothing to solve the problem. Therefore, the world must be clearly aware of the various causes and face their consequences.”

Aspects of underinvestment. Aramco’s CEO believes natural gas investments and natural gas discoveries have been ignored and contingency planning neglected. In contrast, “global coal consumption is expected to rise to about 8 billion tons this year,” he noted. “That would bring it back to the record level of almost a decade ago. Meanwhile, oil reserves are low and effective global spare capacity is now around 1.5% of global demand. Equally concerning is the fact that oil reserves are declining by an average of about 6% each year and by more than 20% in some older fields in the past year.’

At these levels, he continued, simply keeping production steady requires a lot of capital in itself, while increasing capacity requires even more. “And yet, incredibly, the fear factor continues to drive back significant oil and gas investment in large, long-term projects,” he lamented. “And this situation is not helped by the too short-term demand factors that dominate the debate. Even with severe economic difficulties, global demand for oil is becoming quite healthy. But when the global economy recovers, we can expect a further recovery in demand, the elimination of small spare oil production capacities. And by the time the world wakes up to these blind spots, it may be too late to change course.”

Nasser said that is why he is seriously concerned. “Let me be clear – we are not saying that our global climate goals should change because of this crisis. We all have an interest in climate protection. And investing in companies and other sources does not mean that alternative energy sources and technologies should be ignored. But the world deserves a much better response to this crisis.”

Nasser’s plan of three pillars. The CEO said now is the time to increase investment in oil and gas, especially in capacity development, and he believes the crisis has finally convinced people that a more robust energy transition plan is needed. “In turn, I believe this requires a new global energy consensus based on three robust and long-term strategic pillars: the recognition by policymakers and other stakeholders that the supply of sufficient and affordable traditional energy is still necessary in the long term; further reducing the carbon footprint of traditional energy and increasing energy efficiency through technologies that enable both; and low-carbon energy that continually complements proven conventional sources. At Aramco, we address all three.”

He said the company is also increasing gas production, more than doubling it by 2030 through a mix of conventional and unconventional gas. At the same time, Aramco is working to reduce carbon intensity upstream. “We are also stepping up efforts to advance new technologies, particularly CCUS, which is critical to a sustainable future. Importantly, we are steadily adding new low-carbon energy.”

But transforming the existing global energy system and ensuring a secure and sustainable future for all will be a real challenge. He said industry companies must collaborate to drive innovation and value at unprecedented scale and speed to successfully deliver on his three pillars. “Because the right digital investment now can help deliver greater efficiency, lower costs, lower emissions, higher reliability and higher profits for decades.”

Collaboration on a digital platform. At the end of his speech, Nasser announced that Aramco and Schlumberger are working on “a smart sustainable development platform that can [expand] number of digital solutions in the world.” He noted that both firms have a common history dating back to 1941. Nasser noted how these joint efforts would mesh well with his proposed three-pronged vision for a “much more robust” new transition plan.

Step 1 to stay covered through the Marketplace: Review your current coverage

Step 1 to stay covered through the Marketplace: Review your current coverage