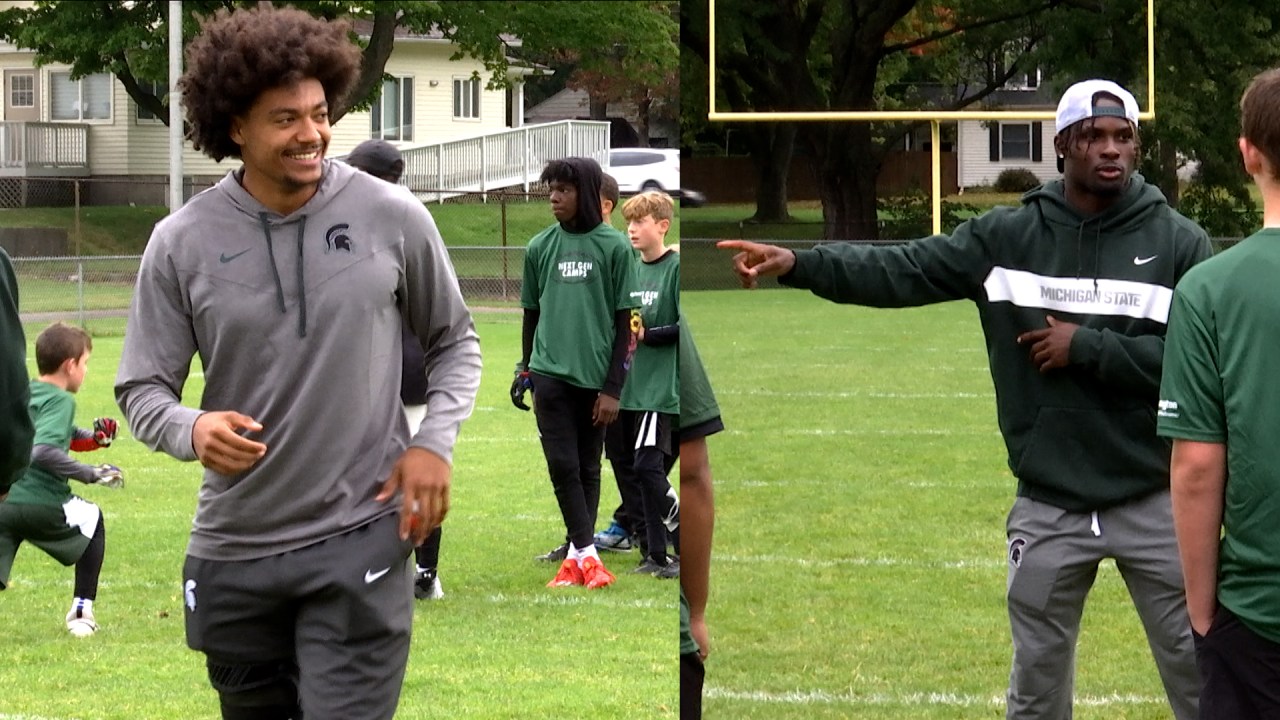 LANSING, Mich. (WLNS) – Name, image and likeness are changing college athletics, allowing student-athletes to get paid, Michigan State’s Jayden Reed and Xavier Henderson are using it to pay back.

Next Gen Camps partnered with them and hosted a youth soccer camp at Lansing Everett High School on Sunday.

Athletes from 8 to 18 years of age came to learn from the Spartan duo, who certainly asked a lot of questions.

“Jaden is the star, so he got most of the questions,” Henderson joked. “One kid said, ‘Hey Jayden, is your back okay?’ I was like good question. Stay away from the benches.’

Reed missed the game against Washington with a cut in his back, and Henderson missed all of the games after injuring his leg in the season opener against Western Michigan.

Battling personal struggles, injuries this season and a team currently on a two-game losing streak, both have appreciated the time they are giving the youngsters.

“These guys look up to me. I was once in their shoes. “I just love doing these things,” Reed said. “In general, it’s good to be here. Seeing these children having fun, smile at them, smile at me.”

Henderson said, “I’m in Lansing, it’s my fifth year, and it’s my first time really coming to a high school. So that was cool.”