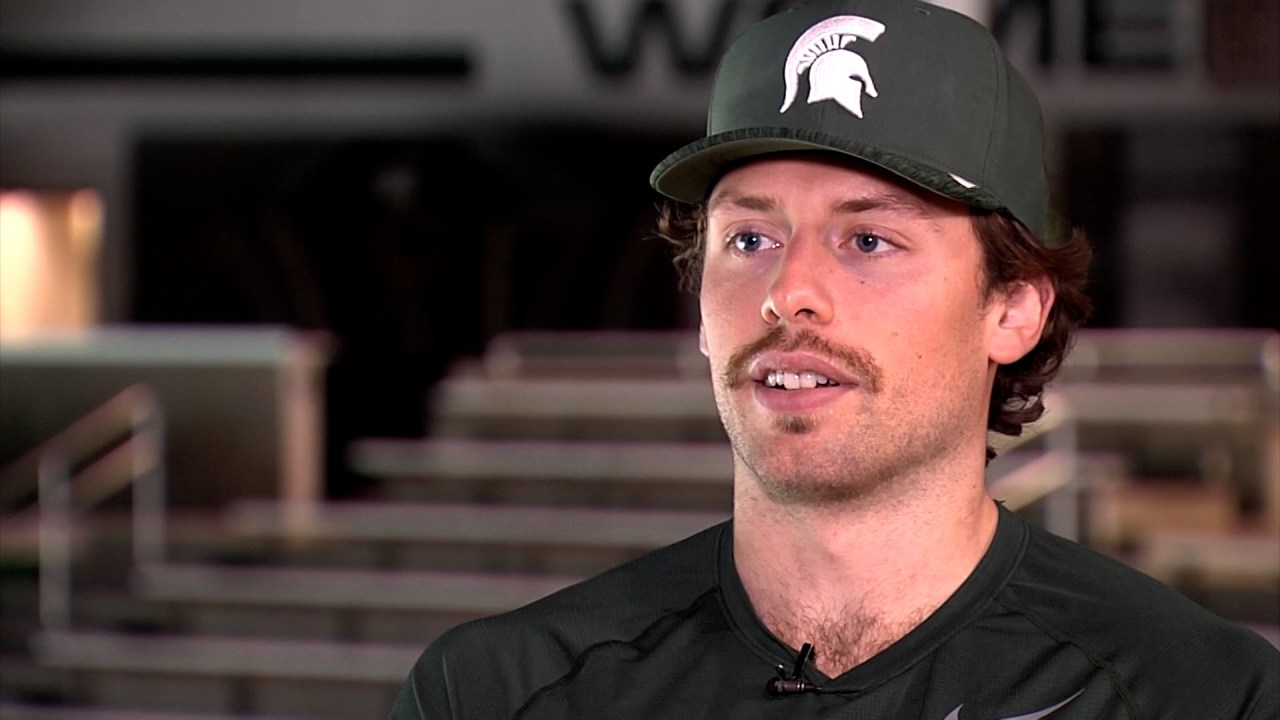 EAST LANSING, Mich. (WLNS) — Michigan State goalie Dylan St. Cyr has been a brick wall in net for the Spartans this season.

St. Cyr has played in 11 of MSU’s 12 games this year and owns the best save percentage in the Big Ten.

It can be said that the goalkeeper’s athletic ability is in his DNA.

St. Cyr’s mom, Manon Ream, is the only woman to appear in an NHL preseason game as a goaltender for the Tampa Bay Lightning.

“I think just being around was enough of an influence,” St. Cyr said. “My dad used to play too.”

St. Cyr played both as a goaltender and a skater in his youth, but said the ability to control the game played a factor in him becoming a full-time goaltender.

Before his sixth year of college hockey, St. Cyr said MSU head coach Adam Nightingale called him and asked him to be part of a “winning culture.”

“I think being at the two previous programs at Notre Dame and Quinnipiac, they both had such a winning culture,” St. Cyr said. “So I think bringing that and my experience from there to come here and also being close to home. I think it’s all about decision-making.”

MSU recently had success against Wisconsin and Ohio State, and St. Cyr said his team wants to keep building.

“We’re very excited about it, but it’s time to keep going and we’ve got some big, big challenges ahead of us,” St. Cyr said.

You can hear more thoughts of St. Cyr by watching the video in the player above.