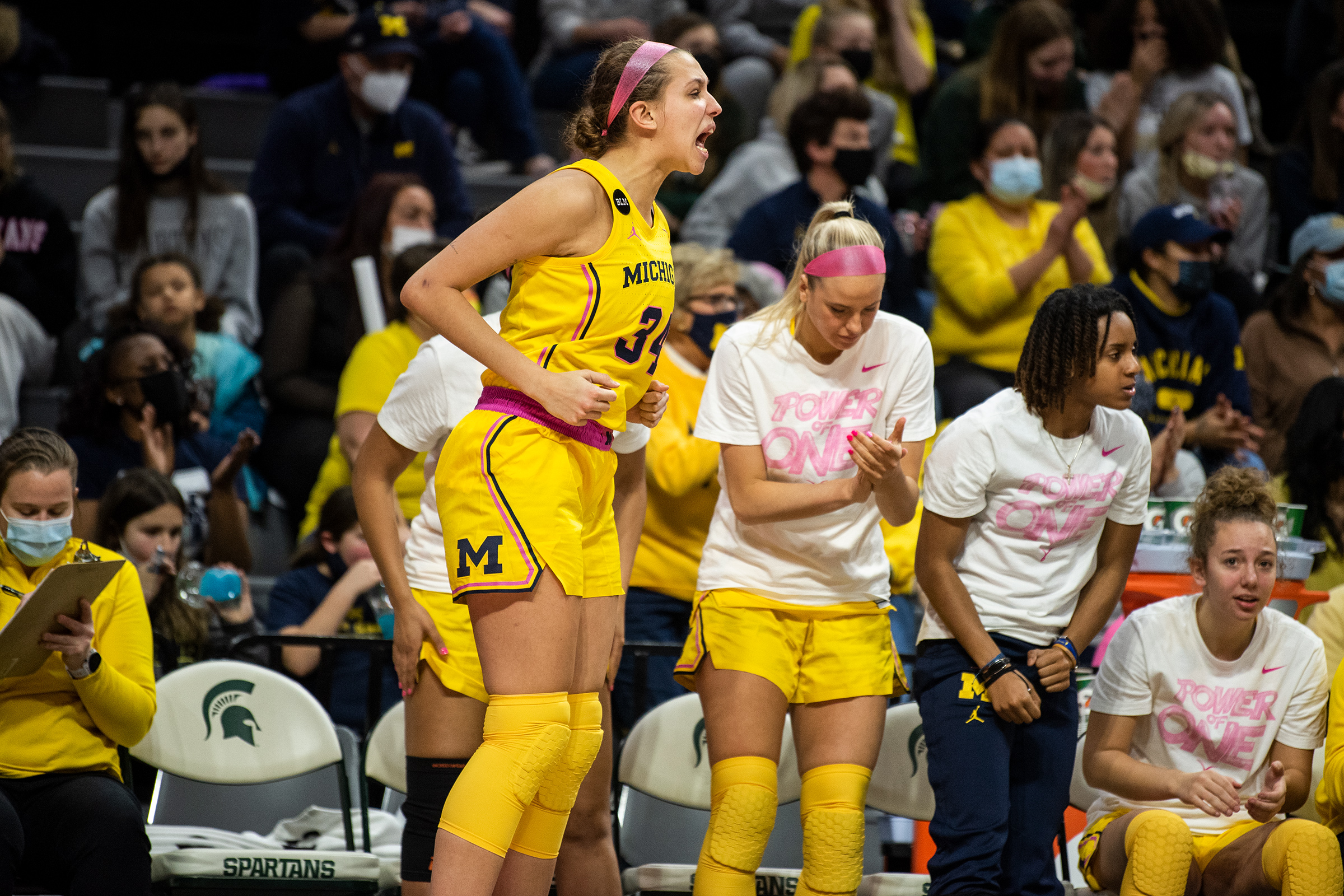 The Michigan women’s basketball team (11-3 Big Ten, 20-4 overall) had a chance to fix the ship after injuring Michigan on Thursday. Instead, against Northwestern (14-9, 9-3), in a back-and-forth trouble-ridden game, Wolverine failed to finish, losing 71-69.

Starting the game, Michigan initially conducted its attack through senior forwards Naza Hillman and Emily Kieser, trying to draw a color mismatch against the smaller Wildcats team. After a second foul in the middle of the first quarter, Hillman was transferred to the bench – where he remained until the end of the half.

The Wolverines were quickly forced to delve into their rotation after sophomore forward Cameron Williams recorded two fouls, and sophomore Eliza Stack’s wing and freshman guard Jordan Hobbs were late for the big minutes in the first quarter.

With Hillman on the bench and senior flank Leiga Brown due to a daily leg injury, the Wolverines were trying to find their other top scorers against the North West’s tough defenses. Michigan struggled afloat throughout the first, supported by an early three-pointer from junior guard Maddie Nolan and Kieser’s paint as the Wildcats continued to dominate from depth at the opposite end.

In the second quarter, junior center Isabel Varega, having succeeded in a low position against a smaller Northwest team, scored nine of Michigan’s 12 points. Working inside out through senior guard Amy Dilk and Vareja, the Wolverines were able to deploy Wildcats ’defenses, finding the lead in the middle of the second quarter after another three-pointer by Nolan.

But with sloppy turns from the less experienced Wolverines lineup, Northwestern had a high chance of breaking Michigan’s defenses, finding success throughout the park. Several times changing the lead back and forth, both teams ended the half with a draw 32.

Leaving the locker room, Hillmon finally returned to the floor. After the entire starting lineup returned to the floor, the Wolverines began to find some consistency in their attack. However, when Hillman got his third foul early in the third quarter, Northwestern found a place in the offensive, guided by it – regaining the lead in the middle of the road.

But Michigan responded by making the series 8-0 and finishing the quarter with the biggest gap in the game, five points.

During the fourth quarter, the game remained at hand for both teams. Struggling to score, the Wolverines tried to rely on their defense to retain the lead. In the middle of the fourth, falling into an offensive drought, Michigan again relinquished the lead from and-one jumper Gillian Brown, who runs the Northwest Guard.

Despite a free-kick miss, Brown’s momentum change carried the Wildcats through the rest of the fourth quarter. The coups haunted the Wolverines, forcing them to continue the drought, which lasted more than five minutes. As the clock ticked, the Wolverines struggled to surpass the Northwest.

However, late three-point senior guard Daniel Rauch brought Michigan back into the game. The next turn from the Wildcats at the entrance gave the wolverines a chance. Calling a timeout to make up the final game, Michigan did not complete the redemption arch in just 15 seconds.

A foul from Northwestern led Rauch to the free throw line. Making both free throws, she equalized the game. The game will go into overtime.

Extra minutes were opened by 3-point Northwest Club defenders Veronica Burnton and Nolan, who tied the game as it was almost the entire game. Hillman’s two free throws gave Raamahi their first lead in overtime. With a block called by Dilk, two free throws from the Wildcats leveled the game again.

As both teams continued to miss shots, time was reduced as both teams remained drawn. Blocked 3-point Rauch ran out on Michigan’s final blow, leaving the final possession of Northwestern. Instead of the winner of the game, the ball in the jump under the basket returned the ball to Wolverine 3.4 seconds before the end. Missing the last shot, the game went into double overtime.

Both teams were left without points for almost the first two minutes of the second overtime. However, fouls kept both teams alive with opportunities for free throws on each. Hillman and Kieser executed free throws, holding Northwestern’s small lead.

Then a three-point step from Rauch equalized the game again. With seconds left on the watch, the Wolverines tried to find Nolan on the wing. Instead, a foul by Nolan sent the ball into Northwesterns’ hands. Dilk fouled at the next entrance, giving the Wildcats two free throws to come forward. The Wolverines failed to finish, losing 71-69.