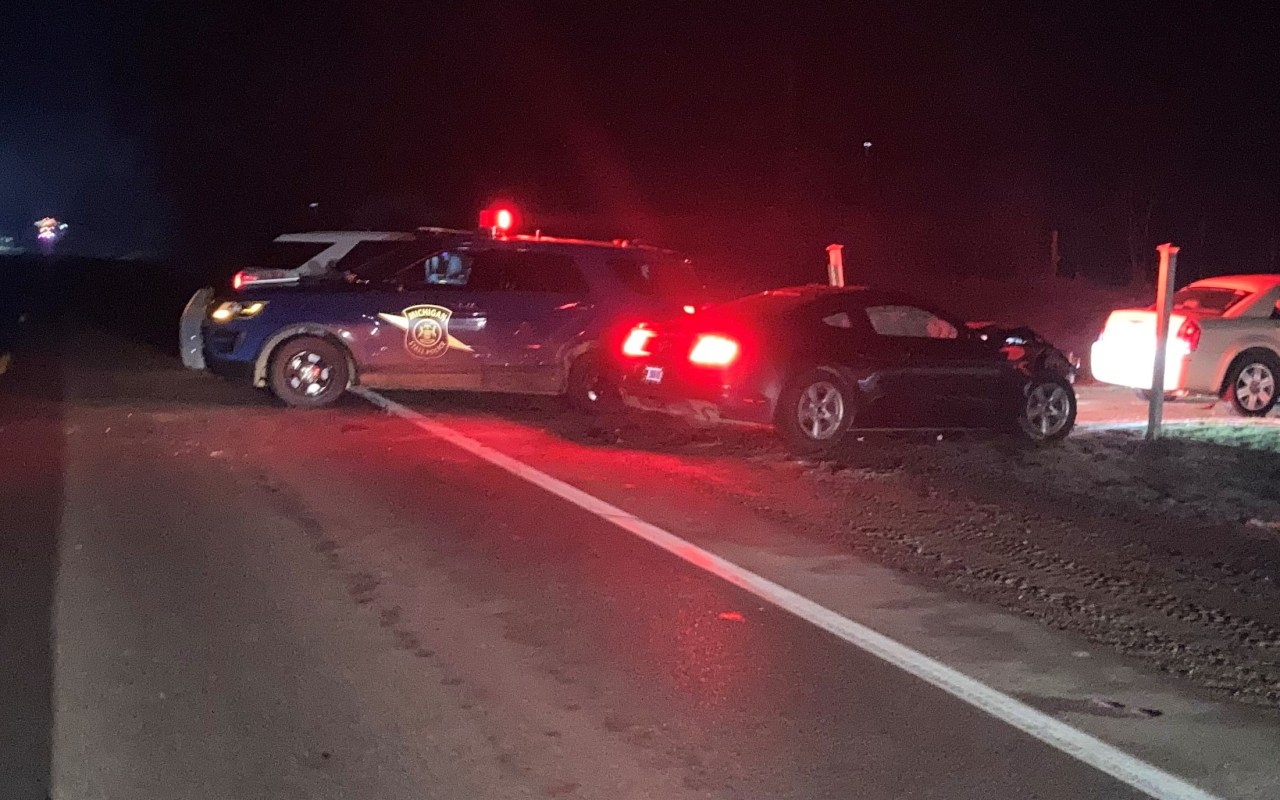 MONTCALM COUNTY, Mich. (WLNS) – Two Michigan State Police officers were injured after their vehicle was hit by what is believed to be a drunk driver.

While assisting Montcalm County Sheriff’s Department deputies at a traffic stop near the town of Stanton, another driver on the road rear-ended the trooper’s patrol car.

The patrol car spun, catching both state troopers and pinning one of the troopers between his car and Deputy Montcalm’s car.

The trapped trooper was taken to hospital with non-life-threatening leg injuries and has since been released. The second soldier had pain in his back, but he was not taken to the hospital.

The driver who hit the trooper’s vehicle was not injured, but was arrested and charged with operating while intoxicated and taken to the Montcalm County Jail.