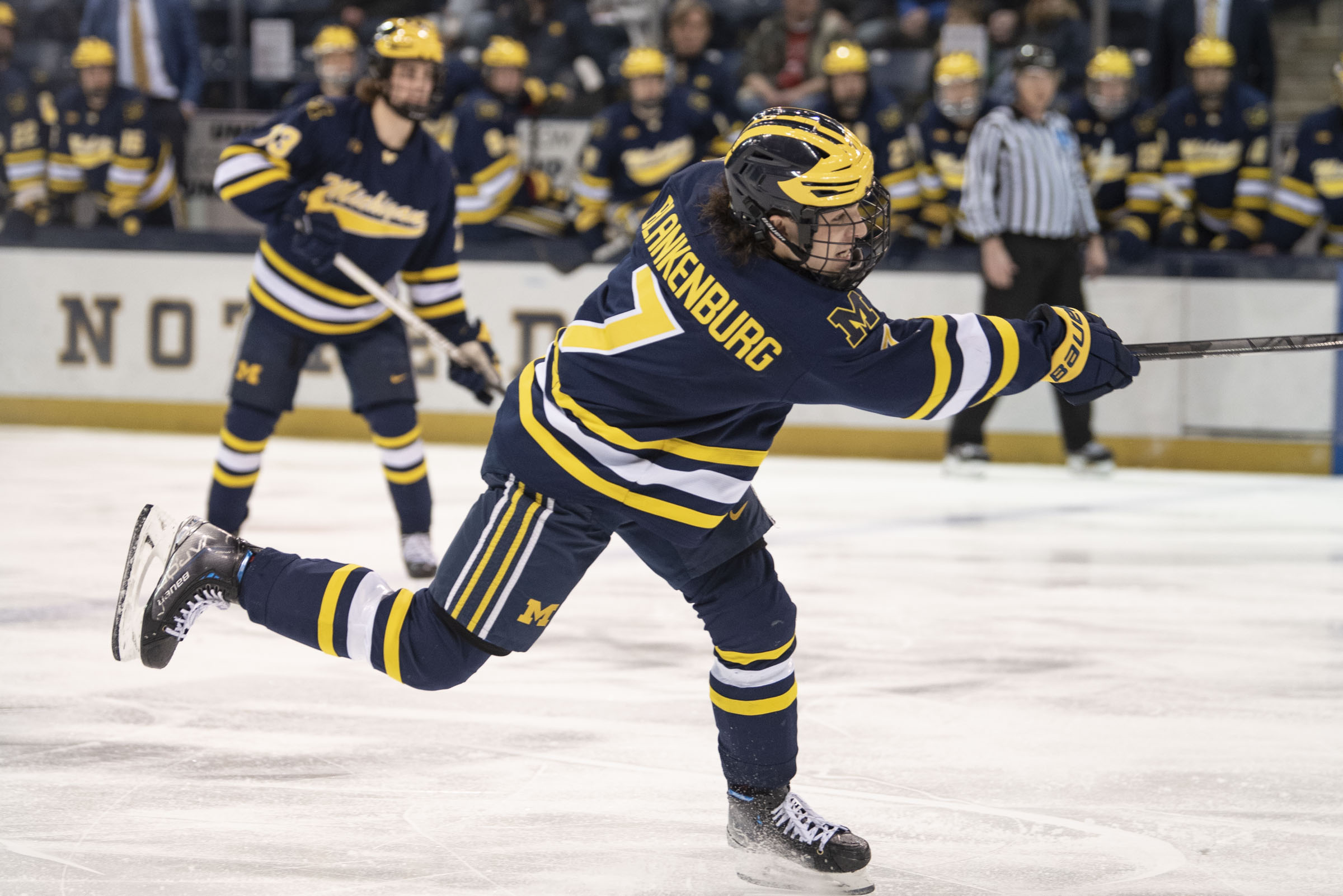 So the №2 Michigan hockey team entered the weekend series against №9 Notre Dame. Win and Wolverines at least maintained a two-point advantage in the conference standings. Loz and Minnesota could sneak up behind.

They decided to make their trip interesting.

In a game full of mental errors and soft defense, Wolverine (25-8-1) failed to come out on the offensive against the Irish (24-9-0), losing 4-1. They had a chance to make their aspirations for the title of “Big Ten” airtight, but with difficulty realized in important moments.

Early on, Michigan took early responsibility after senior defender Nick Blankenburg scored his 13th goal of the season in just over two minutes of play. But in the middle of the period Notre Dame equalized. Raamahi’s defense looked uncertain at first, but happy posts and rebounds kept the balance.

However, luck ended when junior forward Johnny Beecher was thrown out of contact with his head during the first break. After the penalty, second-year goalkeeper Eric Partilla threw the puck behind the net, and the Irish scored. Later, the porous defense allowed another goal, and Michigan’s back pressed hard against the wall.

The Wolverines had a chance to come out with his partial game to start the third period. But against the nation second-best penalties, they faced a tough battle.

And after a series of sharp passes and only one attempt to hit the net, Michigan wasted another opportunity. “Raamahi” could not be formed as a single unit, and individual players created poor chances, which did not bother the Irish goalkeeper Matthew Galaida.

Notre Dame did not clear his game, and after 13 minutes another penalty was awarded. Michigan had another chance to get back in the game.

But again, Wolverine failed to produce. Notre Dame penalties jumped on their passes and disappointed them once again. All their installations resulted in several shots, and they again left the ice empty-handed.

These frustrations only intensified as Michigan continued to try to push back. The forwards passed the puck back and forth to retain possession and test the Irish, but this time of possession still did not turn into goals. Over time, to change the outcome, no one began to kill.

In the final minutes as Portillo pulled out and pressed for a goal, sophomore forward Brendan Brisan stumbled upon Spencer Stustney during the break and scored an automatic goal. Second-year defender Owen Power hit a stick on the glass, symbolizing a disappointing loss.

Michigan had a chance to end Friday’s game by controlling their own destiny. Instead, the Wolverines left the ice disappointed.

Now their Big Ten fate is out of their hands.