Michigan isn’t ready, and he doesn’t have enough time 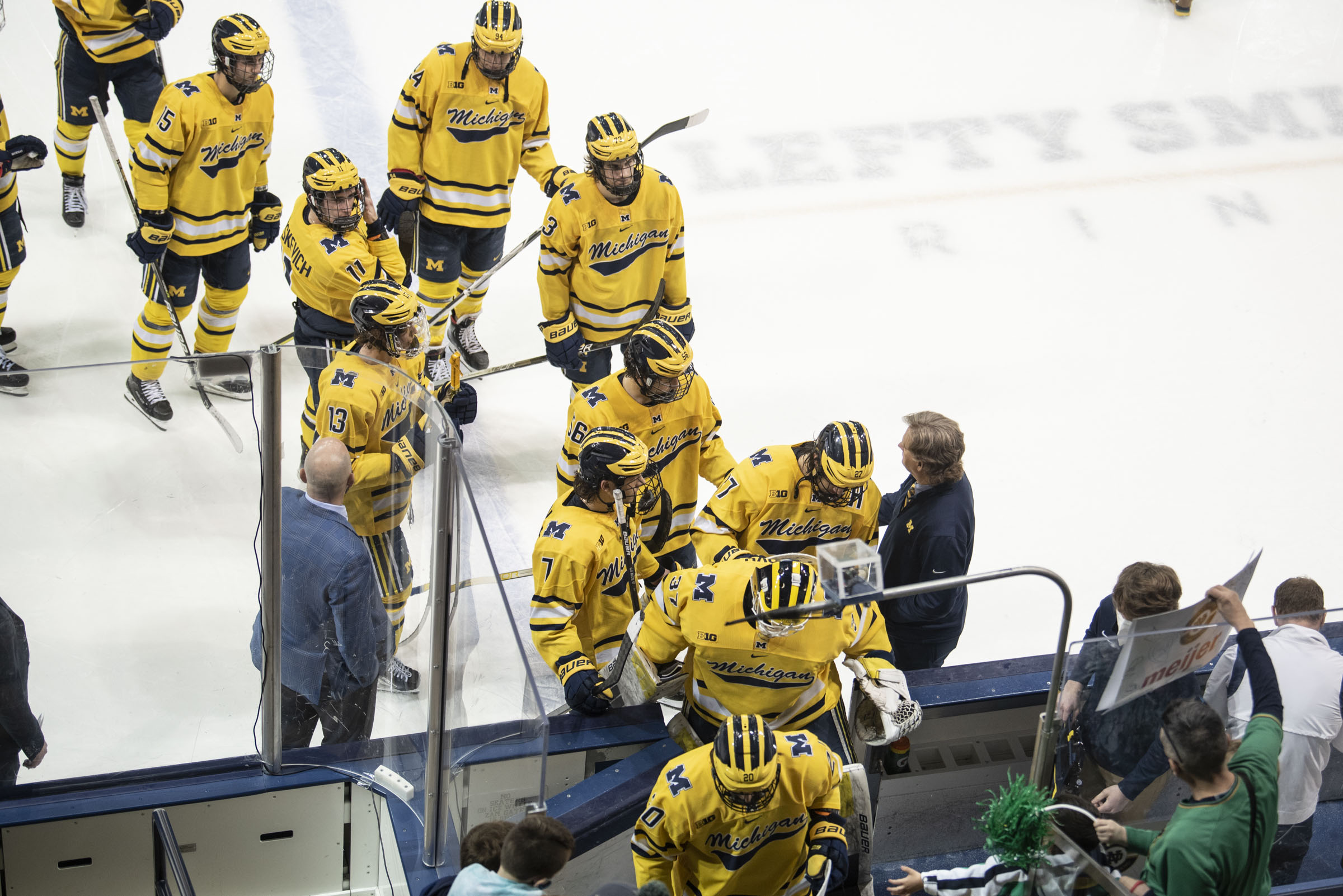 Saturday’s game between the № 2 Michigan and № 9 Notre Dame hockey teams had all the hallmarks of a playoff game – and it wasn’t just because the Wolverines were fighting for the Big Ten title.

On paper, the Irish perfectly match all the strengths of Wolverine. Their penalties and success in completing the checks perfectly disrupted Michigan’s top power game and exquisite attack. If the Wolverines were going to win – and prevent the season from Notre Dame – they would need to focus and perfect the deep post-season races.

And when the songs “overestimated” rained down on the Wolverines as they skated with a second loss over the weekend, those deep runs seem distant.

“If we didn’t know it was going to be (in the postseason), now we know,” Michigan coach Mel Pearson said.

Forget that Michigan lost Saturday night on a controversial goal. More striking is the fact that – with its four Olympians in the lineup – Wolverine scored just one goal in each game. Second-year goalkeeper Eric Partila stood on his head both nights, but he could not be given pillows to work.

And that lack of scoring is even more important in the postseason. If one game decides who goes next, Michigan can’t afford to leave everything to chance. Whether you score goals from exquisite snipes or skirmishes at the top of the net, Wolverines need to dig deep and produce more.

Early in the season against No. 1 Minnesota, Michigan, found a way to score ugly goals. Then the following weekend the Raamahi committed a desperate offense against № 4 Western Michigan, winning in overtime, stifling a two-goal lead.

Such plays never came on a Saturday.

And whether it was because Notre Dame goalkeeper Matthew Galaida made key stops, or defenders in front of him blocked shots before they approached the goal, it doesn’t matter. Playoff winners find ways to score.

Every time the Wolverines approached it, they shot themselves in the foot.

Bad penalties – from a strong call from senior defender Nick Blankenburg to a fifth-year trip by Mike Pastuzhev – spoiled the offensive momentum as soon as Michigan created it. Hercules ’penalty effort kept the score even, but a lack of discipline and focus made it pointless.

While the Wolverines destroyed Pastuzhov’s penalty seven minutes before the end, four skaters came out on the bench, but only three came out on the ice. Quickly counting the head, second-year forward Mattie Beniers jumped over the boards to fill it, shaking his head in frustration.

They need to focus better than that if they are going to win a game in Frozen Four, not to mention a regional semifinal.

Michigan is not there yet, but it’s important not to sell the farm. The Wolverines got a couple of wins from posting the Big Ten banner, and they still have the Big Ten Tournament to fix their mistakes. It is reasonable to expect that they will also solve some of their problems, as the Olympians will again acclimatize to hockey in college in a month.

But Michigan is short of time – and fast. In a month he will go to the NCAA regional tournament, probably the first seed, and will play with the same tough teams as the Irish. Wolverine does not have enough days to make much-needed improvements.

After the game, Pearson likened the loss to the Michigan Championship season in 1998, when he missed two games against Michigan and lost the CCHA title to the Spartans by one point.

“You know where the 98th national championship was, right?” Pearson asked rhetorically. “Boston”.

And this season’s “Cold Four” in Boston again, the Raamahi are no doubt hoping they’ll be able to go that far.

But the sweep this weekend has certainly been a wake-up call, and Michigan can’t afford to put it off.