Michigan hockey makes adjustments to the game against Michigan 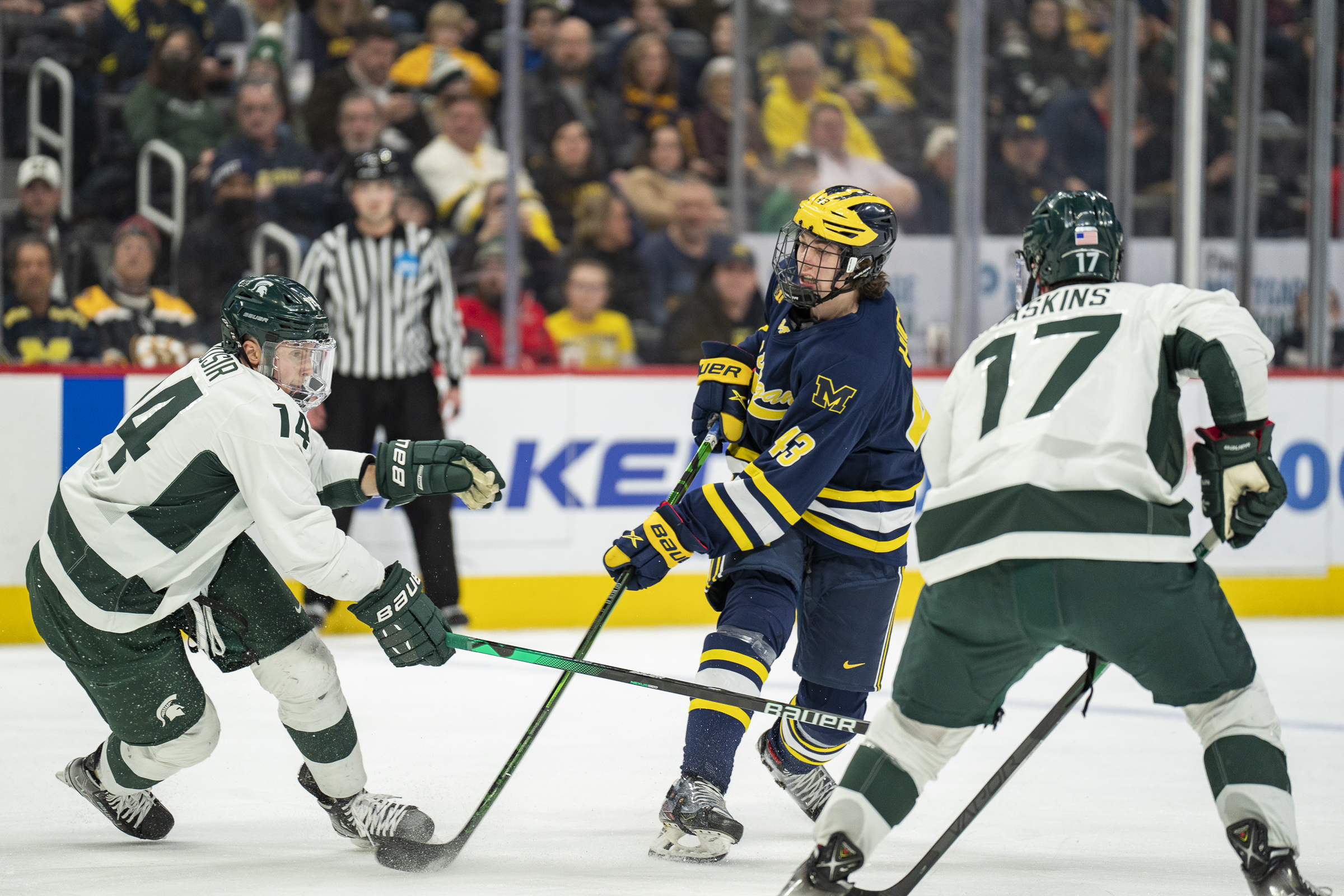 Entering the series last weekend against Michigan, the Michigan № 2 hockey team has played just two of its 12 previous games. Usually the dominant unit was inefficient, out of sync and looking for answers.

Wolverines found these answers over the weekend.

Michigan went 4 to 8 in the game against the Spartans. The 50% mark was well above the 26.6% conversion rate of the season – already good for sixth place in the country – and it cost four Wolverine Olympians.

With the modified list, Michigan deployed a re-equipped force, trying to break out of the recession. It started with a return to basics.

“(We) have simplified it,” Michigan coach Mel Pearson said of the unit’s success. “… We didn’t play with the puck and didn’t mess with it.”

The simplistic approach was the reason for the lack of several key points in the power play in the second-year strikers Brendan Brisan, Kent Johnson and Mattie Beniers, as well as second-year defender Owen Power. It was adjusted to the different skills of the skaters who came to the forefront of the unit.

And the plan worked to perfection, as Raamahi’s power play seemed to bring goal after goal.

When highly skilled Olympians are at their best in men’s preferences, they are usually in no hurry to set up opportunities. Using their eyesight on ice and a stick, they often circled the puck around the attack zone several times with quick and sometimes bright passes. The constant movement of the puck eventually becomes too strong to defend the opponent, leaving skaters like Bryson open on the flanks for his branded one-time lunge, or Johnson in the redirect slot.

In the results of “Raamahi” 2 on 12 the puck often remained on the sticks of skaters for too long when they tried to beat their defender with their speed and stick. Although one-on-one matches can be won, the lack of movement of the puck facilitates the work of the defense, allowing them to take advantageous positions on the ice.

The departure of the Olympians gave Michigan the impetus needed to recycle human superiority.

“If it doesn’t work in one area, you have to change it a bit,” Pearson said. “I think (assistant coach) Brandon Naurata did a good job of acknowledging this and then changing the power play.”

These changes were evident in Raamahi’s first goal of the game over the weekend. Freshman defender Luke Hughes received a puck near the blue line from the opening of the intrusion in the power play, punching it through the move to the goal.

That goal illustrated Michigan’s plan of success in power games over the weekend when three of four goals were scored from a greater distance. Instead of calling him for a close shot, the Wolverines did quick shots from afar. Killing the slot skaters, Michigan succeeded when Spartak goalkeeper Drew DeRider struggled to track the puck.

“There’s nothing wrong with that,” Pearson said. “… Simple network hits and traffic, and that’s all there really was.”

Even one goal in a gaming game, scored at close range last weekend, was the result of a tough slot game rather than finding a place to create one-off games. Freshman forward Dylan Duke hit the puck into a crevice in front of DeRider when two Michigan skaters rushed for it, rolling the puck from the Spartan into the net.

With the key series against Ohio No. 11 and Notre Dame No. 12 approaching the end of the regular season – teams against which Wolverine has so far set a 1-3 record – adjustments will be key.

Michigan’s resumed power play has shown that it has several ways to score. If the defense tries to pick up disposables on the flanks, the Wolverine defender, who shoots a sharp shot, can score through an overloaded gap.

When the Michigan Olympians return, they will find an adjusted force that will stretch the defenses. The changes could be a difference in a tough race for first place in the top ten.

“(Former Michigan coach Red) Behrenson told me back the day I was driving power games, ‘If that doesn’t work, you have to change it,'” Pearson said. “… Sometimes it’s hard to change, but it’s nice to see that we’ve made some changes and succeeded.”