Michigan football is taking bets ahead of the Ohio State showdown 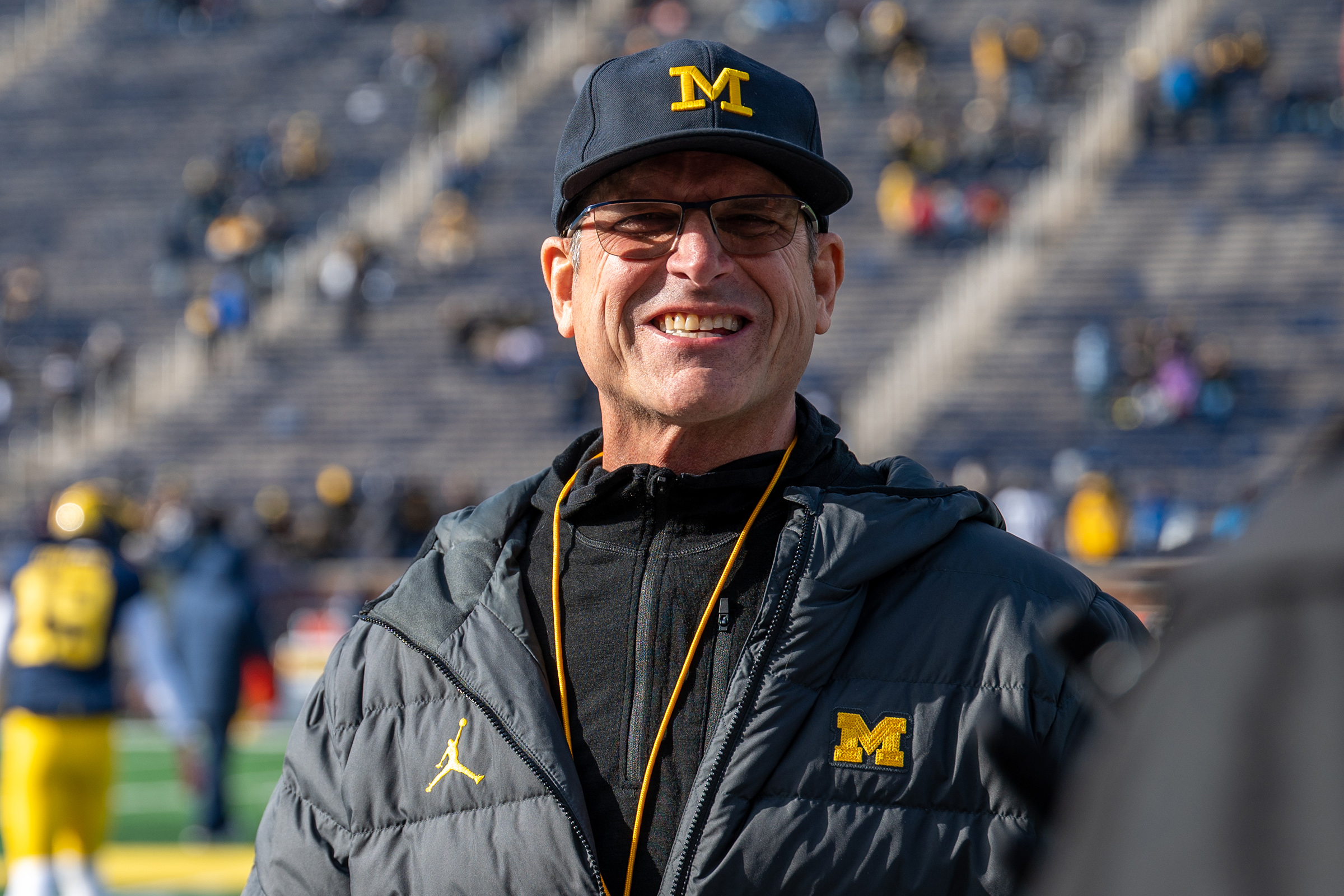 Just seconds into Monday’s press conference, Michigan coach Jim Harbaugh — his voice still strained after Saturday’s low-scoring win over Illinois — acknowledged his team had a task ahead of them.

The entire college football season has come down to this point: a undefeated matchup in the Horseshoe between No. 3 Michigan and No. 2 Ohio State, with the winner set for a trip to the Big Ten Championship and a berth in the College Football Playoff. These are two undefeated titans, two historic programs and two fierce rivals.

So everything will be on the line on Saturday when the Wolverines take to the field amid a swirling red cauldron.

“If we don’t win this game,” Ryan Hayes said, “the season doesn’t mean much.”

This is the cold hard truth. Just look at last season’s performance, a top-five matchup in which No. 5 Michigan stunned the second-ranked Buckeyes. The win sealed a turnaround for the program, lifting it to heights not yet reached during Harbaugh’s tenure. Ohio State, meanwhile, lost the luster of an 11-win season, tarnished by a losing streak.

One team will suffer the same fate this season. The pressure is unrelenting.

No one admits this. However, sometimes actions speak louder than words. Ever since last season ended in January, the Buckeyes have been in the spotlight. Each week, players and coaches make time to watch Ohio State film.

After Saturday’s win, Harbaugh confirmed that he would begin focusing on Ohio State later in the evening, about six hours later. On Monday, he offered a clarification.

“It was really only a couple of hours,” Harbaugh said, smiling. “By the time I got home, I was watching the Ohio State-Maryland game, so my mind switched pretty quickly.”

Which means: Nothing this week, this game, is normal.

“It’s the most important thing in the world right now,” senior linebacker Mike Seinristil said, and within these walls, that doesn’t sound like hyperbole.

This week, then, is as much about alleviating anxiety as any other. Sainristil said the focus is on being who they are, following the habits and practices that brought them to this point. Harbaugh, meanwhile, struck a calm tone; he was beaming with pride, repeatedly congratulating his players for getting to this point, as they envisioned in the offseason.

“We’re very grateful to be able to play in this game,” Harbaugh said. “The winner takes it all. This is a situation that gives you the opportunity to show how strong our team is. … It’s like superheroes. Through a strong opponent, you will learn who you are.’

In this crucible, Harbaugh expects his team to thrive.

“They took every challenge today and they attacked it and were ready to play every game for 60 minutes,” Harbaugh said. “I love this team. I think they are made of the right stuff.’

That “stuff” is both Michigan’s most prolific defense and its dominant rushing attack. It’s the poise of Bjorn Borg that Harbaugh sees in second-year quarterback JJ McCarthy, who has the ability to “turn water into wine.” It’s a resilience that showed in their unwavering determination Saturday, even when the Fighting Illini took a fourth-quarter lead.

Harbaugh went on to call his team “happy warriors” on a “happy mission.”

“Like I said, you have two teams that are like two superheroes going up against each other,” he said. “That’s why we’re so excited to get tested.”

He fell silent, beating his chest.

Players and coaches spent Monday walking the line between appreciating the moment and acknowledging its consequences. Perhaps Hayes said it best:

It’s a reality Michigan hasn’t faced in the past 359 days. The Wolverines enjoyed the luxury of last year’s victory, though they didn’t let it become all-consuming. They’ve only gotten better since that day, building on last year’s revelatory success.

Their only focus is the task at hand.

That’s the motto Michigan lives by – focus on one game at a time. Still, through the tortuous seasons, Ohio State always loomed large. Senior defensive tackle Maisie Smith said the coaches planted a seed by letting them know what their preparation was focused on. At the same time, they remained focused on the game ahead.

Now these motives merge together. So, rather fittingly, Harbaugh ended his press conference just as he began by hinting at the consequences.