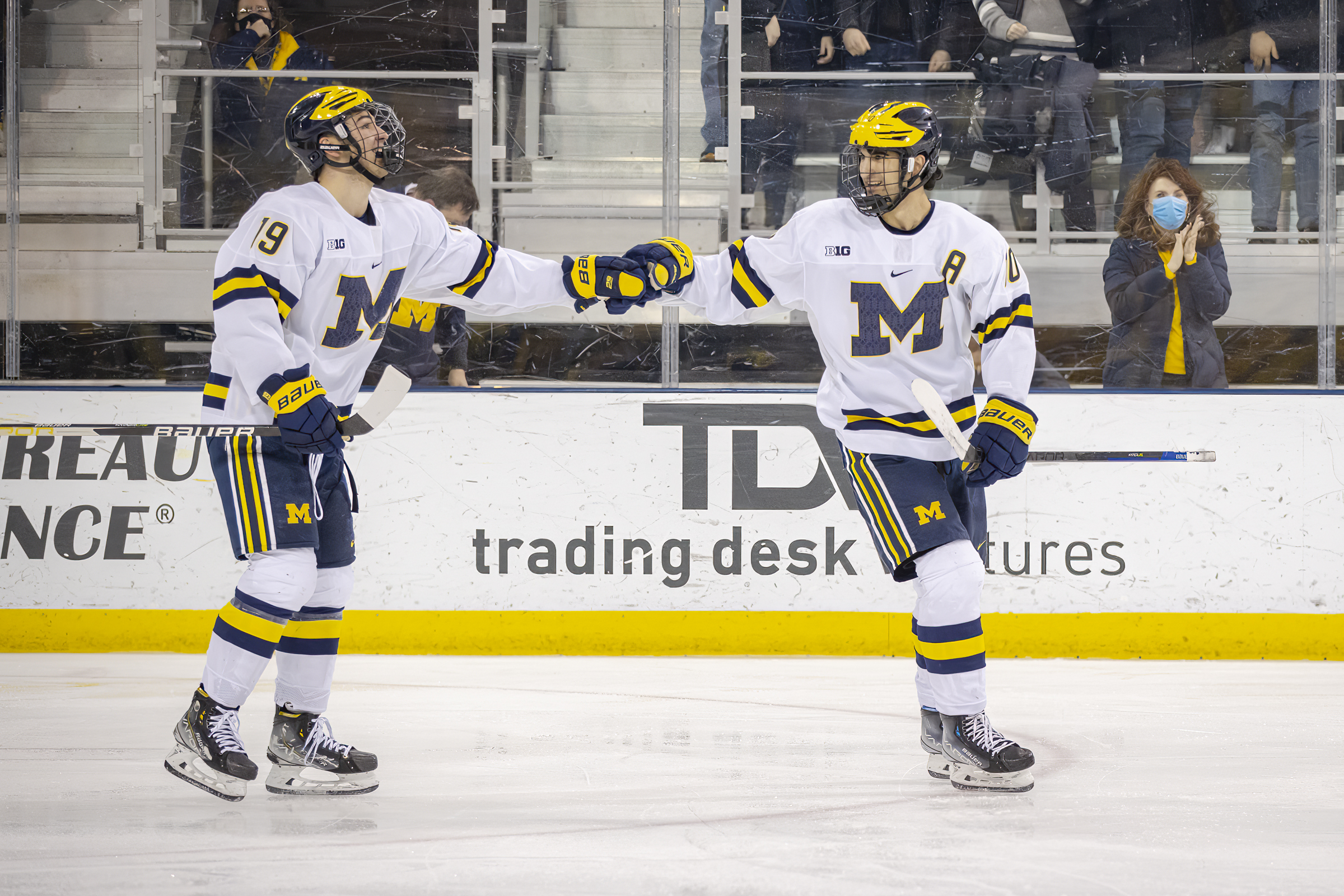 In their previous four meetings with the No. 8 Notre Dame hockey team № 2 Michigan again and again gave results.

The last two meetings of the teams cost Raamahi the title in the regular season of the “Big Ten”, but in this case the stakes were even higher. Michigan needed to make things different.

Both teams were physical on the blue lines, but it was Michigan who early established control in their offensive zone. Wolverines regularly managed to enter the offensive zone and create a threatening presence with speed and clear passes.

But the Notre Dame score was stellar. Fighting Irish skaters tactfully positioned themselves on the shooting range, quickly recovering from moving passes and blocking a barrage of shots with both their bodies and sticks to keep Michigan’s aggressive attack to just two shots in the first eight minutes.

As both offenses found a rhythm three minutes before the end of the first period, a penalty for obstructing defender Nick Laverman and disabling a call at the start of power gave Wolverine a great opportunity to strike first – a five-by-three advantage of more than a minute and a half.

But they failed to deliver.

A series of clean-ups, followed by a flurry of acrobatic saves by Matthew Galaida, who rolled back and forth along the fold, thwarted this possibility.

With Notre Dame’s success in defense, setting up an attack and passing the puck didn’t work for Michigan. Instead, he launched a rapid attack down to collect the first blood.

Sophomore forward Kent Johnson pulled the puck out of the neutral zone four minutes into the second period and quickly rushed to the goal before feeding her second-year forward Mattie Benier. Impulsively rolling on the net, Benier’s pass from the left gave him the opportunity to score a one-time goal to bring Wolverine forward.

The goal looked to give the already aggressive Michigan control of the game, and the heroic save of the left platform of second-year goalkeeper Eric Partil in three minutes temporarily stabilized control over “Raamaha”. But with less than eight minutes left until the second period, the Irish Fighting Irish responded.

Defender Adam Koreshik made a bright, turning pass from the left corner into the gap, and forward Jack Adams redirected it into the goal and equalized.

From there, Notre Dame’s accurate backing made Benier’s goal a distant memory, effectively breaking passes and breaking puck to keep Michigan’s attack in awe. However, unlike the first period, the Irish wrestlers consistently scored the puck in the offensive zone. It took a stronger game on the part of Portillo – including a few saves from the splits – to keep things in balance in the final period.

Several times this season Wolverines have seen their chances against Notre Dame slip away in the third period, but this time it was Michigan that took control in the last frame.

By the third period, Raamahi had proven that they had finally identified a winning formula against Fighting Irish: limit the speed of Notre Dame physically and take advantage of any open view of a network devoid of the usual flurry of Fighting Irish Skaters.

This kind of open net came four minutes into the period when Benier’s center pass exposed the last of Notre Dame, and Brissane scored the winning goal in the bottom left corner of the net.

After battling Fighting Irish all season, Michigan drove out its demons against Notre Dame when it was most important, punching a ticket to the Big Ten Championship.